Councilman James Vacca won’t be term-limited out of his Bronx seat for more than two years, but at least one candidate is already vying to take his place in 2017.

“Obviously to everyone it seems like a little bit too early to announce yourself and put yourself out there, but honestly I think it’s important to get to know what the community wants, and to be that voice who hasn’t been heard at City Hall,” Alex Gomez, 37, of Throggs Neck, told the Observer.

Mr. Gomez, who works as program director for Phipps Neighborhoods, a supportive housing non-profit in the Bronx, has declared his candidacy with the state and the city’s Campaign Finance Board to run for the seat Mr. Vacca will vacate in 2017. Mr. Vacca, like any sitting member facing term limits, is likely to identify his a candidate he’ll throw his support behind at some point closer to the election. But Mr. Gomez said it was time for new blood.

“For a long time we’ve had Jimmy Vacca at the helm, and I think there’s been a lot of people who haven’t been heard, and I would like to be the voice for them,” Mr. Gomez said in a telephone interview.

Asked who hadn’t been heard, Mr. Gomez pointed to those “in the shadows” due to immigration status or family dynamic, and to the changing demographics of the district. The district includes neighborhoods of various ethnicities, but is increasingly home to people of color.

Mr. Gomez is one of just a handful of non-incumbent candidates to register for a 2017 council race. It will give him more time to meet the Campaign Finance Board’s 75 donor threshold to receive public financing. He’s already held a small fundraiser, kicking off his campaign at a hookah bar named Vapor Lounge.

A U.S. citizen born in Colombia and raised in the South Bronx, Mr. Gomez lived in the 13th district for about a year in 2007, and then returned there to become a buy a home in Throgs Neck in 2010. He resides there with his fiancée, who is a lifelong resident, and their four children.

“I also saw that there was an opportunity to buy my first home in a community that’s growing and that’s a working class neighborhood,” Mr. Gomez said of his decision to settle down in Throggs Neck.

Mr. Gomez said his campaign has been getting support from some elected officials, and that he’s spoken with Bronx County Committee members including new chairman Assemblyman Marcus Crespo, but that it was a bit too early for public support.

“I guess it would be politically incorrect to support somebody this early when Jimmy Vacca is still in office,” he said.

His campaign will focus on issues like employment, education reform and charter schools, which Mr. Gomez supports—something that could put him at odds with the dominant progressive wing of the City Council.

Mr. Gomez also said he backed a $15 minimum wage, well above what’s being discussed currently in Albany. “I believe that it’s not impossible to try to go for it,” he said.

He also noted many of the voters in the district are homeowners who skew conservative on certain issues, and that he’d look to provide relief to those residents—something Mr. Vacca has proposed doing with property tax rebates. Mr. Vacca himself is a more moderate Democrat among City Council members, a vocal supporter of police and the rights of homeowners in a city of renters.

A former youth pastor, Mr. Gomez is a born-again Christian who attends New Life International Church, where fellow Bronx Councilman Fernando Cabrera, also a Democrat, is a pastor. Mr. Cabrera recently drew the ire of some of his fellow City Council members after praising the anti-gay government of Uganda, several lobbied hard against his bid for a State Senate seat.

“I’m open to work with everyone. I do want to be a voice for everyone, even if I have conservative values, it doesn’t stop me from wanting to work with or on behalf of others who have a different points of view from me, religiously or socially,” Mr. Gomez said.

He said he looks up to Councilman Ritchie Torres, who is the youngest member of the council, the first openly gay elected official from the Bronx and a former top staffer for Mr. Vacca.

It’s unclear yet how crowded the field of Democrats will be for the open seat. 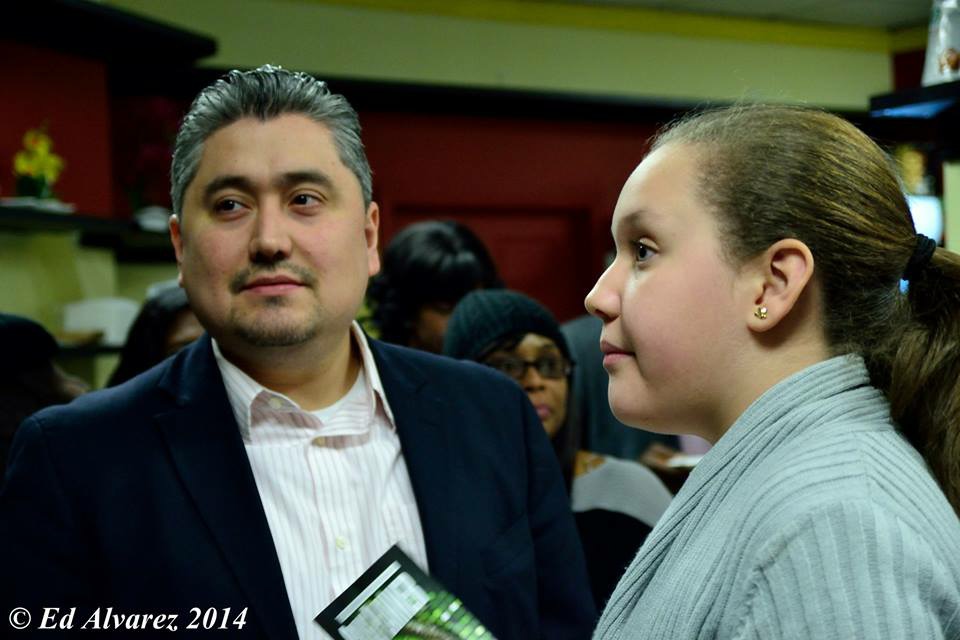