“I’d love to get into acting.”

This is practically a mantra among top models, and it has been for decades. It makes sense; modeling careers unfortunately tend to fizzle out around age 25, and many models have had great second acts as movie stars. Former Calvin Klein shiller Cameron Diaz and ’80s British Vogue cover girl Uma Thurman come to mind.

Cara Delevingne is the latest model to give the silver screen a shot, with the trailer for the movie featuring her first starring role, Paper Towns, having been released this morning. However, there is one issue: as charming and scene-stealing as Ms. Delevingne is, her American accent is not exactly spot-on.

In fact, when she utters her first line as beguiling girl-next-door Margot—”I need to borrow your car”—you might even assume she’s playing a Brit.

Still, the undeniably shaky accent probably will not be a deal-breaker, no matter how many superfluous R’s Ms. Delevingne adds to the word “car.” Paper Towns is going to be a box office juggernaut; it is based on a novel by John Green. He also authored The Fault in Our Stars, the teen tearjerker that became a $300-million-grossing Shailene Woodley vehicle.

More Observer Style Coverage: I Tried On a $30 Million Diamond and This Is What it Felt Like

Most likely, Ms. Delevingne will only receive flack from the staunchest film critics. It certainly will not dissuade the movie’s target demographic from heading to see it in droves.

Plus, she is a habitual scene-stealer, bad accent or not. See her screen test with Lynn Hirschberg or the Love magazine video of her lip-synching to LL Cool J for proof. (She also made her singing debut recently, providing the soundtrack with none other than Pharrell for a Karl Lagerfeld-directed Chanel short.)

Most importantly, Ms. Delevingne already has experience beating the odds career-wise: it has always been notoriously tricky for British stars to catch on with the American public, and Ms. Delevingne has had no trouble at all gaining with American fans. Let this supermodel’s movie career begin. 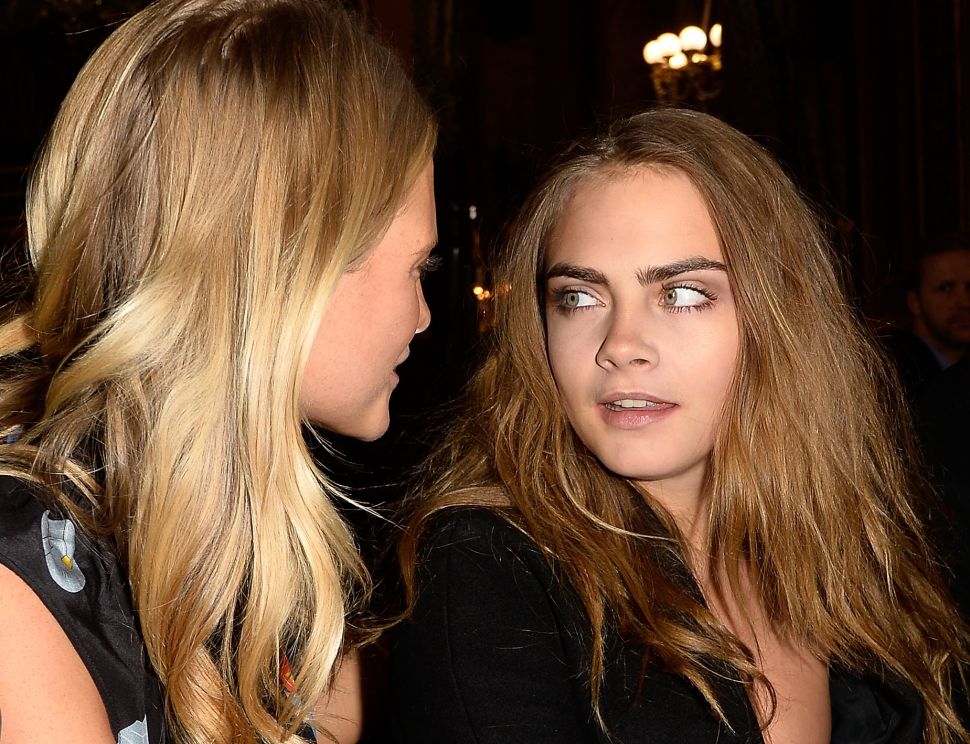