His tenure as the spiritual head of 2.5 million Catholic New Yorkers will always be associated with 9/11, and rightly so. During the terrible weeks that followed the terrorist attacks in downtown New York, Edward Cardinal Egan played the role of comforter-in-chief, presiding over the endless memorials and funerals for fallen first-responders, so many of whom were Catholic. His words and his presence helped ease the unknowable pain of the children, parents, grandparents, and friends of firefighters and police officers who died trying to protect a city under siege.

Cardinal Egan died last week at the age of 82. He became the first archbishop of New York to retire from his post – all of his predecessors, dating back to the early 19th Century, died on the job. Reserved in public, he was hardly the second coming of Father Francis O’Malley, the easy-going priest played by Bing Crosby in “Going My Way.” Indeed, he was hardly the second coming of his immediate predecessor, the famously outspoken, outgoing John Cardinal O’Connor.

His work was done behind the scenes, and it was not especially rewarding work. In a rare wistful moment just before his retirement in 2009, Cardinal Egan noted that he felt a special kinship with New York’s first Catholic Cardinal, John McCloskey, who succeeded the legendary archbishop John Hughes in 1864. Hughes was a force of nature, the builder of Catholic schools and social-service providers, institutions that are with us still. McCloskey, Cardinal Egan noted, had to figure out how to pay the bills.

Similarly, Egan inherited bills accumulated during O’Connor’s charismatic reign. The Catholic Archdiocese of New York was running a $20 million annual deficit when Egan took over in 2000. Egan was forced to make tough decisions that O’Connor avoided, closing parishes and schools despite vigorous protests.

By the time Egan retired in 2009, Catholic institutions in New York were on a more-solid footing (although new rounds of parish and school closings have followed). He had been given a difficult task, but he performed it well and without complaint.

The Catholic Church plays an enormous role in New York. It continues to operate hundreds of schools. Its social service agencies provide the needy with temporal as well as spiritual comfort.

Cardinal Egan made decisions that ensured a better future for the institution and the city he served. He deserves the thanks in death that he did not receive in life. 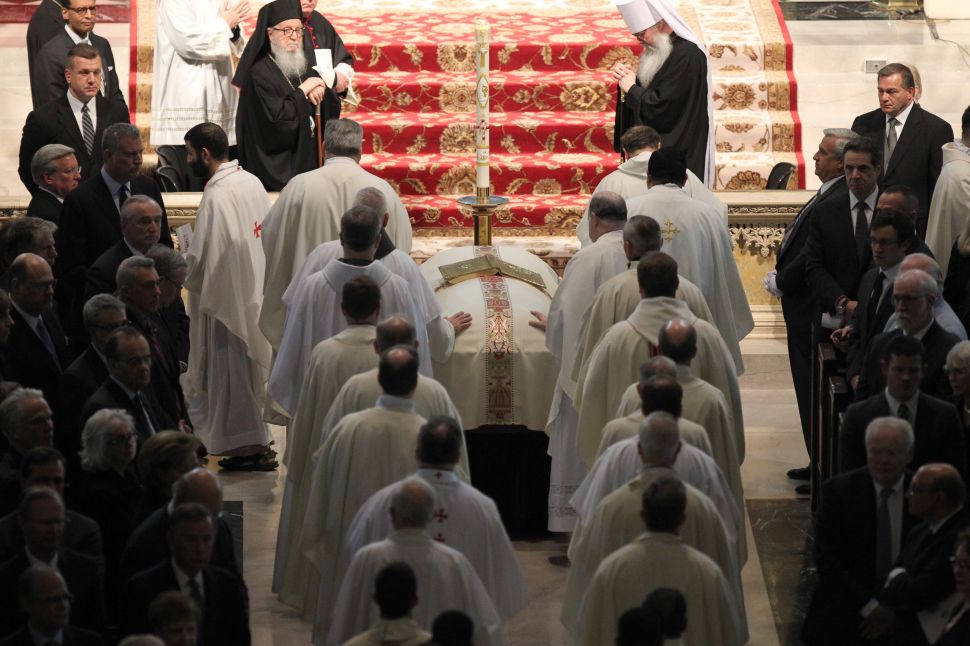