In a bitter and convoluted art world spat, the world’s biggest fair franchise and two online art sellers are suddenly embroiled in a “he said—or did he?” controversy. It turns on whether Art Basel charged one of the sellers, Artsy.net, with deceptive business practices. And if it did not, why was it reported by a rival seller, Artnet.com, that it had?

At issue is whether Art Basel sent a letter to Artsy.net charging it was misrepresenting their business relationship. Art Basel director Marc Spiegler denies (categorically and emphatically) that such a letter was sent. Artnet stands by its story just as emphatically. Complicating the matter is the fact that the entity reporting the rebuke, Artnet, is perhaps Artsy’s biggest competition.

To recap: On Monday, Artnet News, the editorial arm of the veteran sales-and-auction website, published a story stating that Art Basel was giving the rival art startup Artsy a private lashing for implying that Artsy had a lucrative contract with the fair. (Artsy has such partnership deals with other fairs, but not Art Basel.) The story, by Sarah Cascone, reported that Art Basel has rebuked Artsy “for false and misleading business practices” and had sent a letter to some galleries charging that the online art seller was misrepresenting itself.

But Art Basel director Marc Spiegler said such a letter to Artsy never existed at all.

“Despite a statement originally published in the article by Artnet, which has since been removed, Art Basel did not send a letter to Artsy communicating displeasure with Artsy’s business practices as they relate to Art Basel,” reads the statement from Mr. Spiegler, sent to the Observer through Sara Fitzmaurice, the president of Fitz & Co, which handles public relations for the fair’s three editions, including Art Basel Hong Kong, which opens this week. A spokesperson at Artsy also denies getting any letter containing such invective. On Artnet, that section of the article has been cut and other changes have been made. But, according to the statement from Mr. Spiegler and a statement from the Artsy communications department, the story still contains false information.

Let’s unpack all of this. Way back in January, Fortune published a short and kind little story about Artsy in which it implied that there was a monetary partnership between Art Basel and Artsy. This is not the case: the galleries send photos to Artsy on their own accord, and Artsy compiles them into a fair report. Art Basel offers galleries a similar deal, in which galleries can share their booths with the fair to participate in the official online catalog. This is not shared with Artsy through a partnership, nor is it shared with any other art sales sites.

Once the correction was added to the Forbes story, Art Basel sent out a note to galleries clarifying what they have to do if they want to be on Artsy, and explained that all partnerships are forged between the gallery and the start-up, without fair involvement.

Here’s Mr. Spiegler’s way of explaining it, from the same statement:

Art Basel recently became aware of some misconceptions among its exhibitors, due, in part, to a recent Fortune magazine article. When first published, it incorrectly stated that Art Basel has a partnership with Artsy. We successfully requested a correction from Fortune.

We then contacted Artsy to discuss the matter. As a result of this collegial conversation, Artsy hasl taken internal steps to completely avoid any confusion moving forward. We also sent a letter to our exhibitors to clarify the matter. Before doing so, as a professional courtesy to Artsy, we shared our letter with the

“Art Basel has not ‘rebuked’ Artsy ‘for deceptive and misleading business practices,’ as Artnet states in its headline and          opener,” Mr. Spiegler continued. “Furthermore, Art Basel would not describe this matter as a ‘conflict,’ as Artnet has written. It was a matter requiring clarification, which has now been achieved from our perspective.”

Artsy doubled down on that version of the events.

“We are pleased that Art Basel has confirmed that the article published by Artnet News was inaccurate with respect to Artsy and our art fair coverage,” Artsy spokesperson Michelle Finocchi said in a statement provided to the Observer. “Artsy looks forward to providing continued online coverage of the Art Basel fairs, and to connecting Art basel exhibitors with Artsy’s global audience.”

Artnet, in essence, stands by its story. According to a statement from the company: “Marc Speigler and Art Basel responded publicly to correct a Fortune story in which Artsy mischaracterized their relationship with the Swiss Fair. Art Basel felt the matter was of sufficient importance as to take the extraordinary step of sending a letter to all galleries (which we published along with our story) to reiterate they had no relationship with Artsy. Art Basel confirmed this and provided us with written quotes to explain their position vis-a-vis the letter. We published the quotes in full and unabridged. The reader can decide who’s making up stories here.”

Artnet News editor-in-chief Ben Genocchio has been critical of Artsy in print, and skeptical (although others have been also) of its  chance for success.

“Millions of dollars are being wasted on businesses that are, well, not real businesses—I mean, does anyone in the art world believe, really, that Artsy is selling art on that site?” Mr. Genocchio wrote in an article last year regarding the sale of another start-up art retailer, Artspace, to Phaidon. “Like most people, I can’t even work out what Artsy is anymore, as it changes and evolves at a rate of what seems like every five minutes in search of a business model.”

And, though the timing of this may be completely incidental, Artsy just recently poached a key staffer from Artnet News: Alexander Forbes, who’s been a devoted editor for Mr. Genocchio for years, first at Artinfo and then Artnet news. He is now Artsy’s News Editor, working on the art sales start-up’s publishing arm. 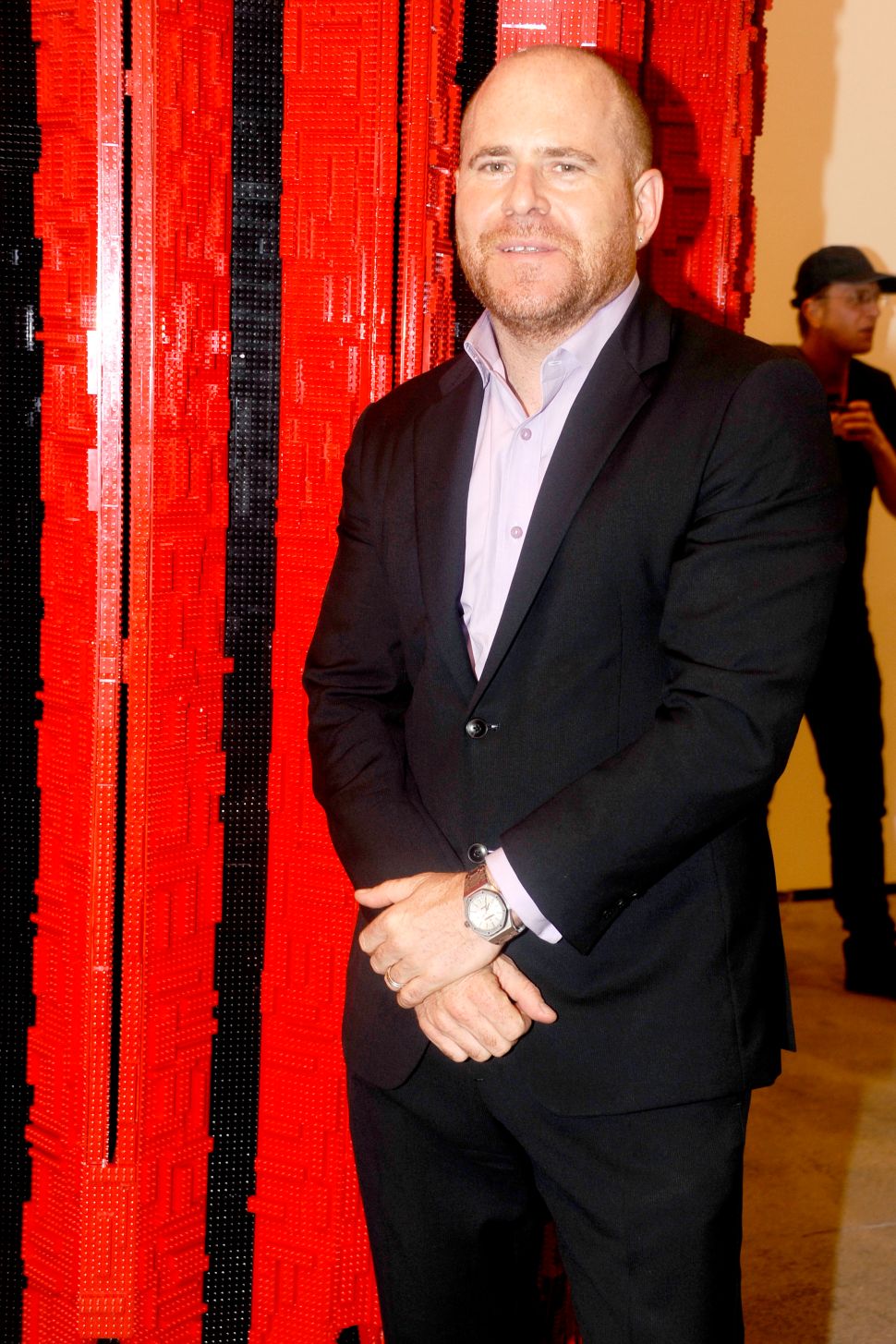