The Coalition for the Homeless today released a report indicating a exploding population of the indigent—and insisted the solution was Gov. Andrew Cuomo to commit to creating 30,000 new units of supportive housing and allocating more money for emergency rental assistance.

In its “State of the Homeless 2015” report, the advocacy group found that city shelters take in more than 60,000 people each night—a record number—25,000 of whom are children. The study found one out of 43 New York City children are in the shelter system, with one out of 17 black kids and one out of 34 Hispanic minors utilizing the troubled network of 161 facilities across the city.

The group argued that Mr. Cuomo must step in to enlarge the cooperative city-state NY/NY supportive housing program to address the problem.

“We know what works, so let’s step up the commitment,” said Coalition President and CEO Mary Brosnahan.

The multi-year NY/NY program, which began as an agreement between late Gov. Mario Cuomo and former Mayor David Dinkins, creates permanent housing with social services for the mentally ill, domestically abused and substance-addicted—and, according to the Coalition, led to a massive decrease in the number of homeless roaming the streets. The last phase, NY/NY III, was signed in 2005 by then-Gov. George Pataki and former Mayor Michael Bloomberg and expires this year.

Mr. Cuomo’s current plan would create 5,000 new units of housing, less than 4,000 of which would be in New York City, and ask the city to pay for roughly half of them.

“We can’t just have the small, 3,900 unit agreement the governor’s pushing,” said Patrick Markee, the Coalition’s Deputy Executive Director for Advocacy. “That doesn’t even come close to addressing the need.”

The Coalition argued that the primary cause of homelessness are steepening rents and increasing evictions, noting that a third of all those who entered the shelter system between 2012 and 2014 did so immediately after being removed from their apartment. The group attacked the state for refusing the city’s request to increase the maximum payout for state-run emergency rental assistance programs from $1,200.

“The widening gap between income and rents has contributed to a rising number of evictions,” the report said. “There is no question that Governor Cuomo can and must do more.”

The group also had some fire for Mr. Bloomberg, whose policies it labeled “disastrous,” particularly his “cluster site” program, which pays landlords $3,000 a month for every apartment they lease to house homeless families. A Department of Investigation probe last week turned up severely unsafe and unsanitary conditions in a large swath of the city’s shelters, with the cluster site facilities being the worst offenders.

The Coalition is a client of the political consulting firm Berlin Rosen, which is closely tied to Mr. de Blasio and his progressive allies. A spokesman for Berlin Rosen said they have worked for the organization for more than a decade.

The mayor ripped into the governor’s homelessness proposals himself in his testimony to the state legislature last month, and called for the state to help fund 12,000 units of subsidized housing—still less than half what the Coalition called for. The group praised Mr. de Blasio for rolling back a number of Bloomberg-era policies, but called for him to be more ambitious.

In particular, they requested the city set aside at least 2,500 public housing units for the homeless each year, up from the current 750 apartment allotment. The group alluded to both Mr. de Blasio’s and Mr. Cuomo’s history working for the Department of Housing and Urban Development.

“We have a governor who’s a former HUD secretary and a mayor who worked directly under him, so they know full well what the solutions are,” said Ms. Brosnahan.

Mr. Markee said that, even if the Albany does not commit to larger outlays by the budget deadline of April 1, there is still a chance for it to allocate the funding. He pointed out that every past NY/NY agreement had been signed after the budget had been approved.

“There is still time, even post-state budget, if we don’t get the resources that we need in the state budget—and we’re fighting every minute to make sure that happens—we’re pushing the message to the mayor and the governor that we need to join together on a multi-year agreement and put the funding together either mid-year or in next year’s budget,” he said. “It’s too important an issue to wait.”

Mr. Cuomo’s office noted that the governor’s budget proposals will increase the current allocation for homeless services in New York City by $367 million, bringing the state’s total investment to more than $1 billion.

“We appreciate that the advocates have a job to do, but our efforts are creating real and lasting opportunity for vulnerable New Yorkers,” a spokeswoman said. 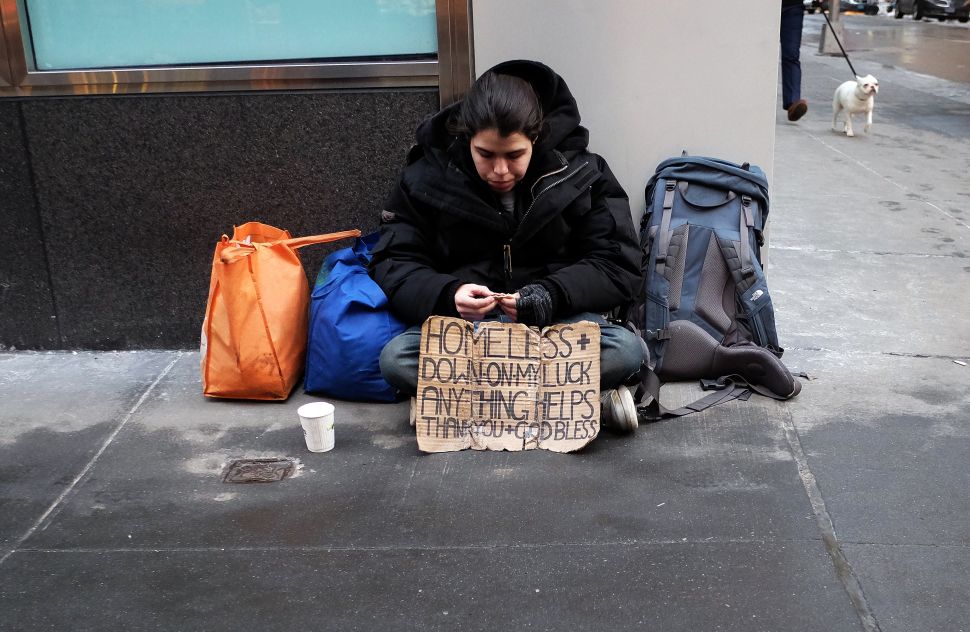