When HealthCare.gov launched on Oct. 1, 2013, serious technical issues prevented individuals from being able to sign up for medical coverage. Some individuals were unable to create accounts, some were asked to confirm their email with invalid links and others experienced excessive page-loading delays. The entire site ended up being taken down for a series of fixes, the enrollment deadline was extended and the original budget of $93.7 million ended up with a price tag closer to $1.7 billion. The question remains, what went wrong?

While many have pointed fingers at the backend of the system, how does a group of professionals with the technical skills to produce a working system, manage to produce such a broken one?

Perhaps the issue is not a technical one. Perhaps the issue had little to do with the hard skills of writing code and troubleshooting. Perhaps it resided primarily, or at least in part, in a critical component this group of programmers is known to lack. Perhaps the missing skills were the less defined but equally critical soft skills.

Soft skills are the ancillary skills to writing code and troubleshooting technical issues, which sadly, most software developers and IT professionals lack. If hard skills are defined as programming computers and configuring them to do what we want, soft skills would be defined as everything else. Soft skills are skills like talking to people, career management, personal productivity and even more obscure subjects like understanding finance and physical fitness.

It may seem that building a website involves mostly hard skills, but anyone who has been on a serious software development project could easily tell you that soft skills are just as important to the success of the project as coding up a web page using HTML. It’s the soft skills, like communication, that drive a project forward and prevent careless mistakes from happening.

All it takes is one developer with an ego and poor people skills to display a false confidence in his work and throw an entire project off track. Perhaps a $1.7 billion dollar mistake could have been avoided, if a single developer had invested some time in developing soft skills instead of software.

I wasn’t there. I can’t tell you for sure, but there is a good chance that in any software project failure, soft skills—or rather the lack of soft skills—is to blame. According to this study, approximately 68 percent of all IT projects fail. This high failure rate screams for us to examine closely the reasons for project failures.

But in order to do that, it is important to first understand why soft skills are so important. One of the most famous books about software development projects, The Mythical Man Month, states that, on average, software developers produce 10 lines of actual code per day. This may seem like a ridiculously low number, but after working in the software development field for more than 15 years, I can assure you, it is very accurate—perhaps even a bit optimistic.

If software developers aren’t writing code all day, what are they doing? Mostly interacting with people. Large software development projects are complex and require many human-to-human interactions each day to make them successful. A developer may spend some time during the day gathering requirements for the project from a customer, another portion of the day communicating architecture ideas to other programmers on the team, and still another portion of the day working with quality assurance teams to come up with a proper test plan for the code being developed.

Breakdowns in communication, or abysmal communication skills in general, can lead to misunderstandings at best and catastrophic failure in the worst cases. The largest part of a software developer’s job today involves interacting with people, not just with computers.

Soft skills extend beyond just people skills though. A software developer who is unorganized and doesn’t know how to conquer procrastination is going to be far less productive than expected. A developer who doesn’t know how to take care of his or her health puts the entire team in jeopardy because, often in software development projects, a single developer may be the only person who knows how a particular portion of code works. If that developer gets hit by the entirely avoidable bus known as heart disease and suddenly drops dead, the entire project could be doomed.

Software developers and most IT professionals are not being taught soft skills in school, but that doesn’t mean that they can’t learn them. One excellent, and timeless resource for people skills, is the classic book, How to Win Friends and Influence People, by Dale Carnegie. This book alone contains ample advice in dealing with people and is a must-read for not only software developers, but anyone who wants to improve their people skills.

More and more resources are being made available to teach soft skills to software developers. Many books that are traditionally the tools of multi-level marketers and sales professionals can be repurposed for their value in teaching soft skills. Classical books like Think and Grow Rich by Napoleon Hill and Psycho-Cybernetics by Dr. Maxwell Maltz, are books that successful sales people have been using and recommending for years to improve their own soft skills. I recently published my book on the topic, Soft Skills: The Software Developer’s Life Manual, aimed squarely at hitting on some of the most important soft skills a software developer needs to learn to be successful in his or her career.

Groups like Toastmasters offer a great way to develop confidence, public speaking skills and articulation—all essential to effective communication in any corporate environment.The key is to shift the focus from a purely technical education to one that is a bit more balanced.

Although computer programmers may be stereotypically introverted, socially awkward and out of shape, the price for these tendencies and the lack of soft skills they implicate have to be paid by someone. In the case of the Healthcare.gov debacle, it was probably paid by the American taxpayers.

John Sonmez is a life coach for software developers and the author of the bestselling book, Soft Skills: The Software Developers Life Manual. 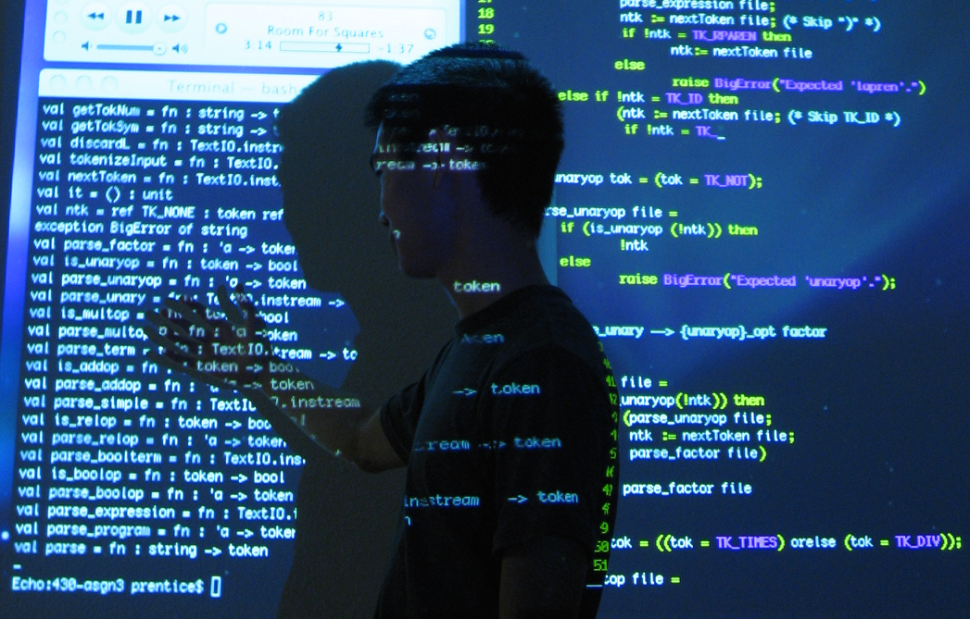