Community is back, minus some familiar faces. (photo: Yahoo)

After all the nukes fly, and the Earth is nothing but ash and scorched Earth, the only things left will be cockroaches, Twinkies, and Dan Harmon working on the latest season of Community. The impossible-to-kill comedy returned yesterday, albeit on a new platform and minus a few familiar faces. Now, say what you will about those dark Harmon-less seasons or Chevy Chase basically playing a somehow more likable version of himself or the show’s tendency to whack you over the face with the self-aware shovel, when Community is firing on all cylinders it’s a great little comedy. On its best days, Community plays to its greatest strength– its community college sized cast of auxiliary characters. Week to week, even though the decision to not release the whole series confuses and confounds my millennial brain, I will take on the Herculean task of singling out the one Greendale resident that stood out the most as the Greendale MVP.

Winner(s): Shirley Bennett & A Detective From the Swamps of Atlanta that Can’t Even Walk 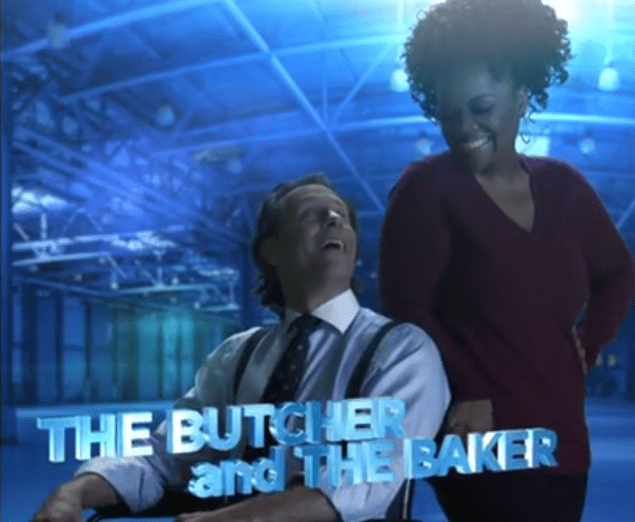 Alright, this is cheating because technically Shirley Bennett is a main core character and technically she now lives on a bayou in the south with a paralyzed detective. But Yvette Nicole Brown has departed Community, so this is possibly the last time we see her on the show.

But the real reason she’s up there is because I’d watch The Butcher and the Baker. I’d watch the shit out of it. I’d both TiVo and Roku it, and I don’t even know if that’s possible. It’s like True Detective meets, uh, Community. I want to know if the case of the detective’s wife is ever solved, and I need to know more about his diving past. Plus, this short teaser gave us the best exchange of the entire episode.

D: I have a feeling someone is going to murder some tater tots tonight.

S: That’s no mystery at all.

Really, though, Community‘s Yahoo Screen debut didn’t offer much up in terms of great ensemble performances, because it was basically exposition and catch-up. And of course it did the Community thing where it was like, “HaHa, isn’t it weird how all we’re doing is catching you up on what our characters are doing?” Which is a lot like me saying “HaHa isn’t it weird how I’m just stabbing you?” while I’m stabbing you. Just because I’m pointing it out doesn’t mean it’s okay that it’s happening.

On the other hand, Paget Brewster. 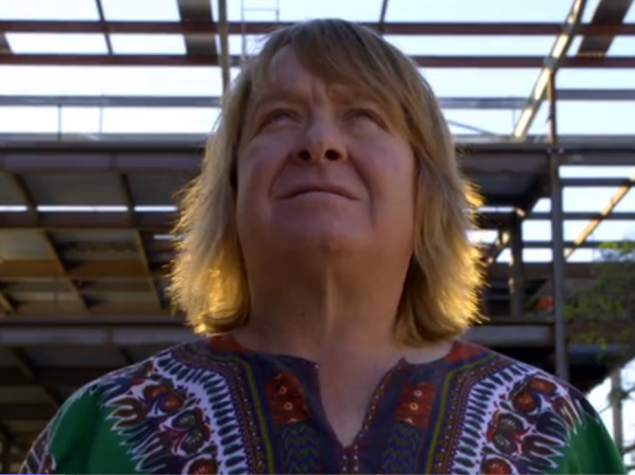 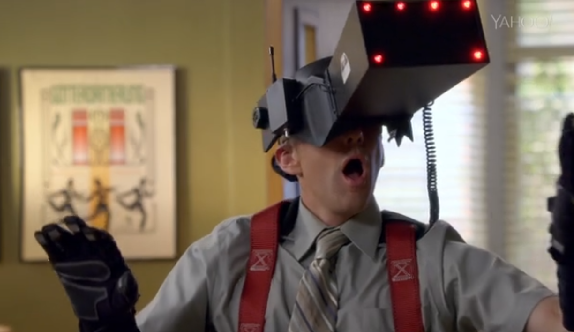 Basically, thank everything that’s holy for Jim Rash. He is a treasure. A treasure that I just learned is also an Oscar winner.

It’s worth noting that Mr. Rash both co-directed this episode AND carried the bulk of its funniest parts. I mean anyone that can mix together Hellraiser/The Bible quotes with Hans Gruber/Alexander the Great Quotes wins. He wins everything. Everything forever.

My favorite moment of this entire episode, however, was a rare one. The Dean is never right, about anything. He rarely wins, and he rarely leaves a room without embarrassing himself. But there was a real quick moment here were he scored a point in the most Dean Pelton way possible. He says Greendale needs a Virtual Reality Machine like “a hole in the head.”

Frankie: Um, a hole in the head is something you don’t need.

Dean: She says, through a huge hole in her head.

Which, if you really think about it, is kind of a great point. Backwards, yes. But a point nonetheless. 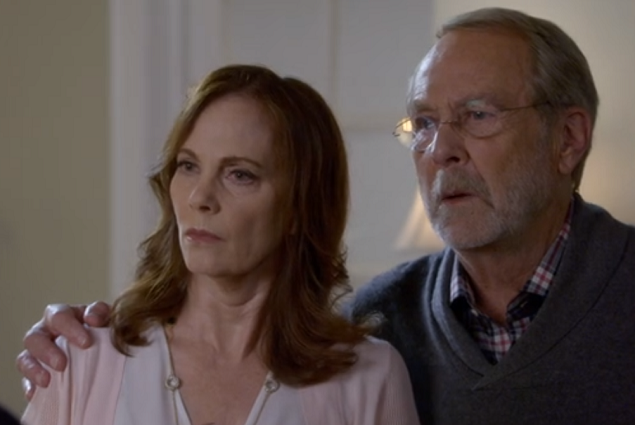 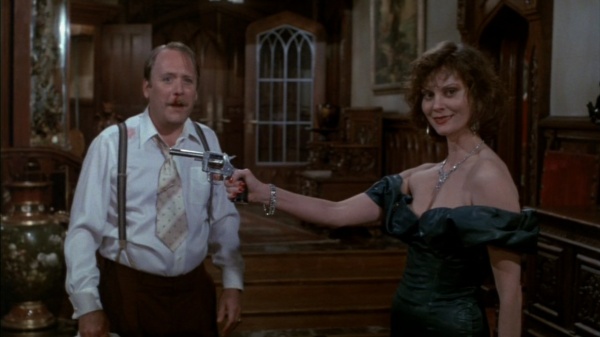 Runner Up Runner Up: The Gremlin from Joelno-Alto Prejuizo Morale (Knee High Mischief) 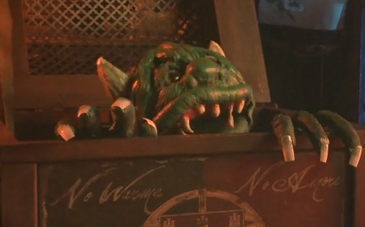 Oh, and it hates Christmas. 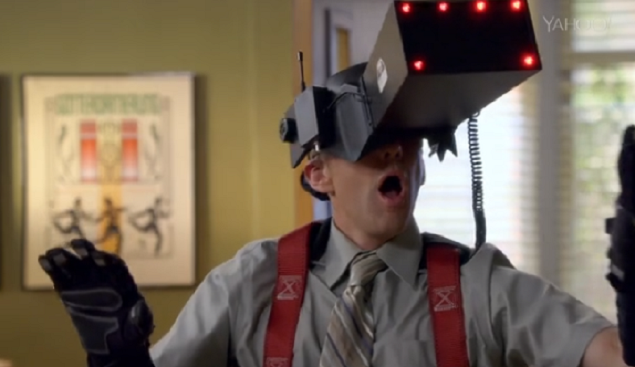