Longtime Clinton loyalist Paul Begala, in a Politico piece by Gabriel Debenedetti, recently described the likely fallout from the Hillary Clinton email scandal as “Voters do not give a shit. They do not even give a fart…Find me one persuadable voter who agrees with HRC on the issues but will vote against her because she has a non-archival-compliant email system and I’ll kiss your ass in Macy’s window and say it smells like roses.” Mr. Begala’s conclusion, his somewhat disturbing scatological imagery notwithstanding, is probably accurate, but not precisely for the reasons he asserts.

Mr. Begala is likely right that very few supporters of Ms. Clinton will change their votes based on the email server that she used when she was Secretary of State. However, this election, like most recent presidential elections, will be determined by roughly eight to ten percent of the voters in a small batch of states. It is certainly conceivable that those voters may be influenced by Ms. Clinton’s email choices, but probably not directly. Instead, controversy around email servers will become part of a battery of issues that Ms. Clinton’s Republican opponents will use to suggest that the likely Democratic nominee, and current non-candidate, is ethically challenged. This is something for which the Clinton non-campaign is undoubtedly prepared. Ms. Clinton has a lot of obvious strengths. She will describe herself to the voters as smart, tough, experienced and a good manager, but even the most ardent Clinton supporter, and probably Ms. Clinton herself, recognizes that her campaign is not going to centered around presenting Ms. Clinton as uniquely ethical.

As news cycles accelerate, with waves of breaking news almost every day, and sometimes every hour, taking their turn in the spotlight, it is increasingly unusual for a news story such as the email flap to last more than a few days.

In 1987, Joseph Biden, who is one of the people who might seek the Democratic nomination if, for some unlikely reason, Ms. Clinton, decides not to run, was a rising star in the Democratic Party, preparing to run for President in 1988. He was knocked out of the primary when it became known that he had plagiarized some of the language in his stump speech, from British Labour Party leader Neil Kinnock. Today, it is unlikely a similar scandal would, on its own, destroy a presidential candidate’s campaign, partially because politics have changed, but also because a story like that would not dominate the media for as long. Revelations about Biden’s plagiarism, had they occurred in 2015 rather than 1987, would have had to compete with updates about the return of Mad Men, Jeb Bush’s fundraising, and the latest on Alex Rodriguez’s return to the Yankees, in addition to real news like the Israeli election, and Russia’s latest aggression in Ukraine. For decades there media has been crowded with all different kinds of news. That, of course, is not new. However, years ago major news stories remained in the headlines until a bigger story cane along. That has changed because virtually all stories, regardless of how trivial, are treated like major stories, and more more less equally.

The transition from the 24 hour news cycle to the 140 character news cycle, means that breaking news almost always trumps a longer story, and that even big stories do not last long in the headlines.  Two weeks ago, for example, racism at the University of Oklahoma and the temporary disappearance of Russia’s President Vladimir Putin was major news, but even now nobody is talking about either of those things.

If the Clinton email story had more developments and revelations it might survive a few more weeks or months in this climate, but in its current form it is likely to end up seen by those who doubt Ms. Clinton’s ethics or honesty as one more example of her questionable ethics. For others, however, it will at most be another piece of evidence confirming how most people, including many who intend to vote for her, already viewed Ms. Clinton. 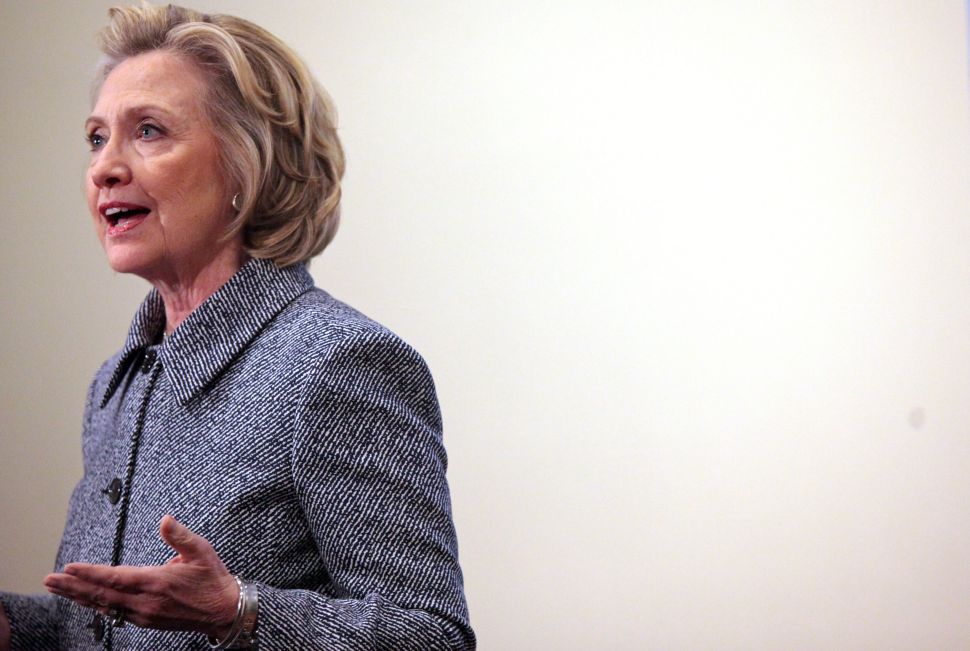