New Yorkers might be able to breathe easier this summer if two new measures pass the Council.

Councilman Corey Johnson and Councilman Costa Constantinides today debuted bills that would obligate the Health Department to submit annual air quality surveys to the council with recommendations about how to reduce pollution, and to open the city’s “cooling centers” when breathing conditions make it unsafe to stay outside. The pols noted that New York is the 12th-most-polluted city in the country, and that elevated levels of particulate matter and noxious gases in the air are linked to high rates of asthma and strokes.

“At this day and age, this is unacceptable. We can take preventative measures to combat asthma prior to the development of more serious respiratory and cardiovascular diseases,” said Mr. Johnson, chairman of the Committee on Health, arguing that the problem only worsens in the warmer months. “Extreme summer weather only worsens air quality, as heat and sunlight essentially cook the air and all the chemical compounds lingering within it.”

Mr. Johnson pointed out that asthma rates are especially high in poorer neighborhoods and that children suffering from the respiratory condition on average miss between 10 to 30 days of school each year, making it the leading cause of absences citywide.

The Department of Health conducts air quality surveys at 150 sites every year, but is not currently required to disclose that information to the council.

Mr. Constantinides’ measure would have the city open the doors of its special air-conditioned spaces—which people can visit on the most feverish summer days—when air quality becomes dangerous. He recalled that on August 27, 2014, residents of Staten Island were warned to remain indoors due to dangerous air conditions.

The Queens councilman’s bill would also create a standardized system for indexing heat and air quality, launch a public awareness campaign around the dangers of inhaling polluted air and mandate the city keep a list of cooling center locations online at all times.

The proposals from Mr. Johnson and Mr. Constantinide come a day after Queens Councilman Donovan Richards and Manhattan Councilwoman Helen Rosenthal unveiled a bill that would deputize civilians to record and report idling cars, a major cause of air pollution. 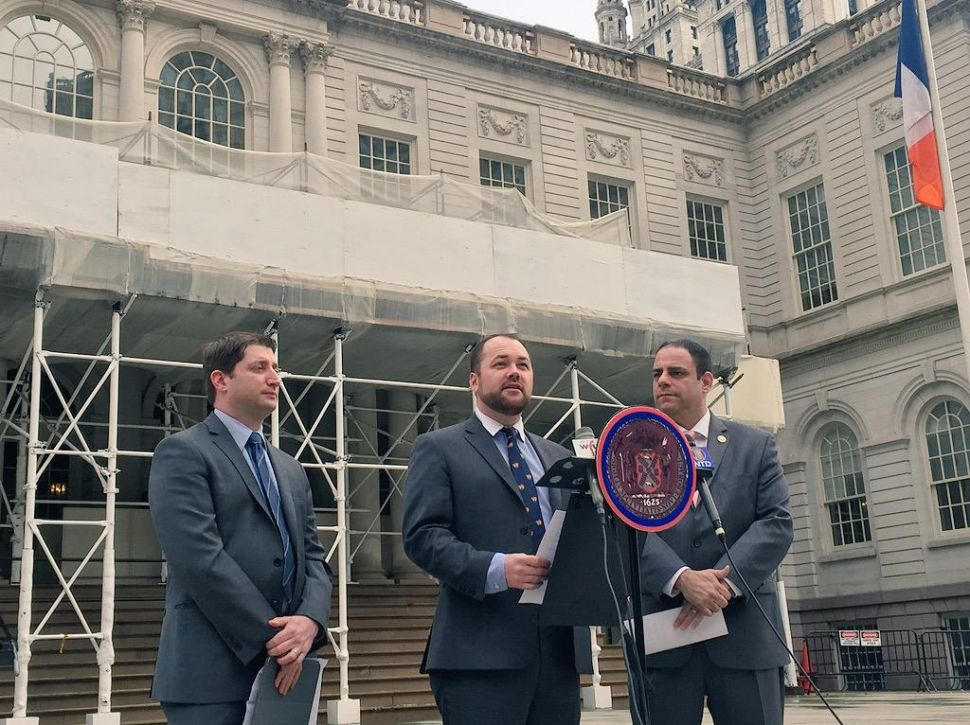