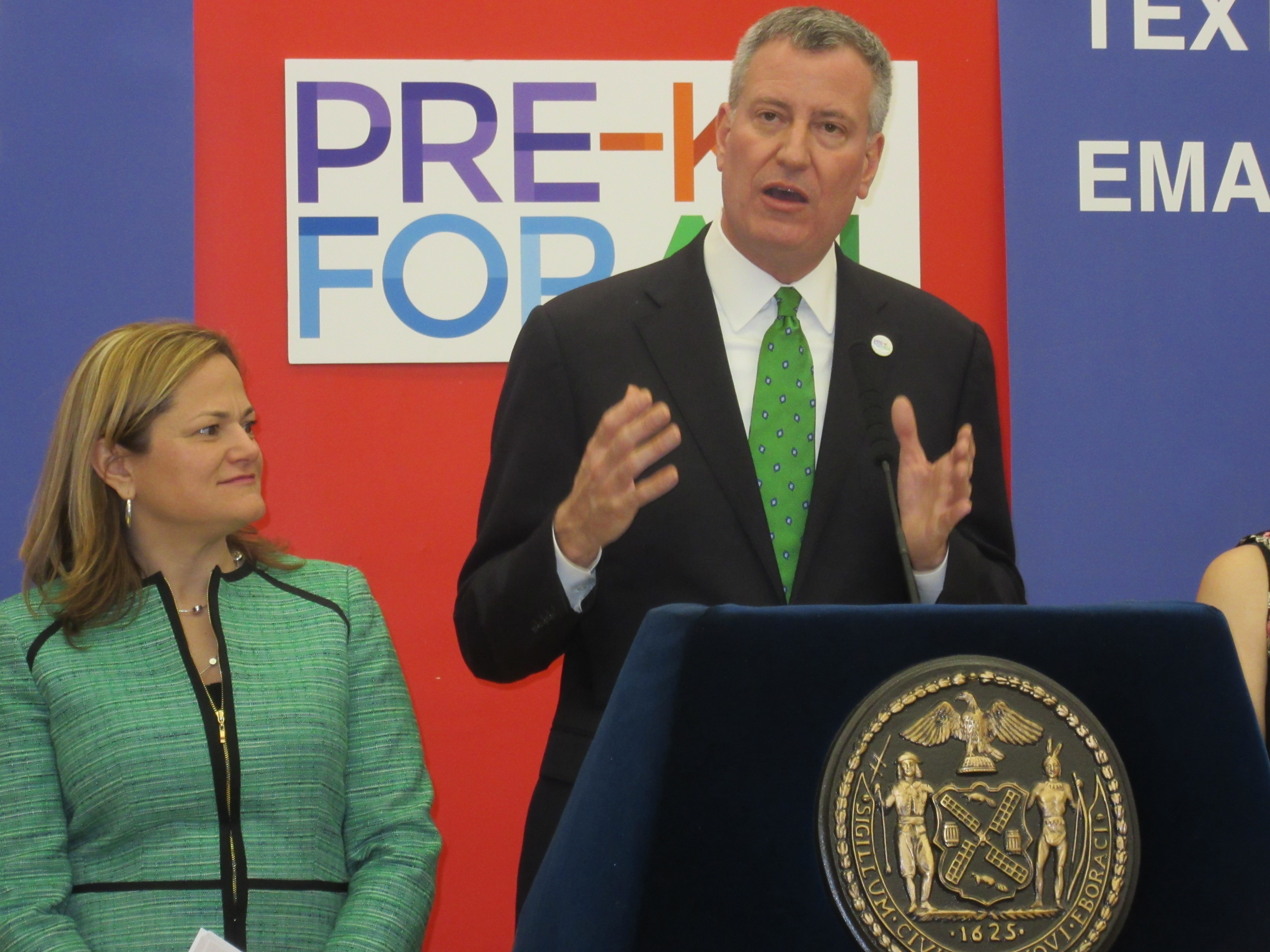 Mayor Bill de Blasio held a press conference today to announce that nearly 22,000 families had signed up for universal pre-kindergarten on the first registration day—but had to confess that his administration had yet to find all the space it wants, or to vet contracts with all the necessary providers with the comptroller’s office.

Convening with top Manhattan elected officials at the Boys and Girls Harbor program in East Harlem, Mr. de Blasio trumpeted that his flagship initiative had attracted 21,938 applicants through yesterday, up from roughly 6,500 last year. The mayor, joined by Deputy Mayor for Education Richard Buery, said the program would increase by almost 20,000—from roughly 53,000 to 70,000—and add 18,000 new seats, even though it still was working to find locations for pre-K programs across the city.

“Do we have all the space we’re looking for? No. We’re still looking. We have a lot of space, but we’re continuing to look for space,” he said.

The program has struggled with space constraints since the administration began to implement it last year. However, the mayor argued his team had made significant headway in finding locations to place students, and that three new pre-K centers are under construction in the most crowded school districts in the city.

The mayor’s office later elaborated upon his remarks to the Observer, stating that the Department of Education has sufficient space for all potential enrollees in the program, but hopes to create additional space in the most crowded school districts in the city to allow parents to send their children to a program near home.

“All the space parents see in today’s new pre-K directory—representing more than 70,000 seats–is accounted for. We expect to add even more options to the list in the weeks ahead, recognizing there are targeted neighborhoods where more capacity will give parents more flexibility as they choose programs,” spokesman Wiley Norvell told the Observer.

However, the mayor argued his team had made significant headway in finding locations to place students,

“Last year we came in, a new administration, halfway through a school year, we had to acclimate to all the agencies and what they were capable, and we still managed to get to the 53,000 seats,” he said. “The good news is, we have a much better handle on the capacity in our public school buildings. As Richard indicated, we’ve been able to find much more capacity in our public schools.”

The de Blasio administration’s failure to get provider contracts completely vetted before the beginning of the last school year drew criticism from city Comptroller Scott Stringer, creating a political rift between him and the mayor insiders say has still yet to heal. Mr. de Blasio acknowledged his office again would not have all contracts approved in time for the start of the school and pre-K year, but repeated his old defense that it was common practice with education initiatives.

“The history in the city government, predating us, is that programs began in the fall while the contract process was being completed,” he said, arguing the program is more important than the process. “Contracting process, for many things that the city does, sometimes lags behind. But we’ve made a lot of progress on that front, and we’re going to have a faster situation this year. What matters, again, is the product, what matters is the ability to serve our kids.”

It was a note the mayor hit again when asked about placing pre-K kids in charter schools, institutions the teachers union-allied Mr. de Blasio has long opposed. He emphasized his office’s innate power over the school system and his overwhelming election victory in 2013 running on a promise of universal pre-K.

“I’ll give people here the tutorial for a quick second. We have a system here called mayoral control over education, we have a mayor through an election. In the election, there was a decision by 73 percent of the people to send me to here on a platform that was led, number one, on a platform of pre-K for all,” he said.

Updated to reflect a clarification from the mayor’s office on Mr. de Blasio’s remarks. 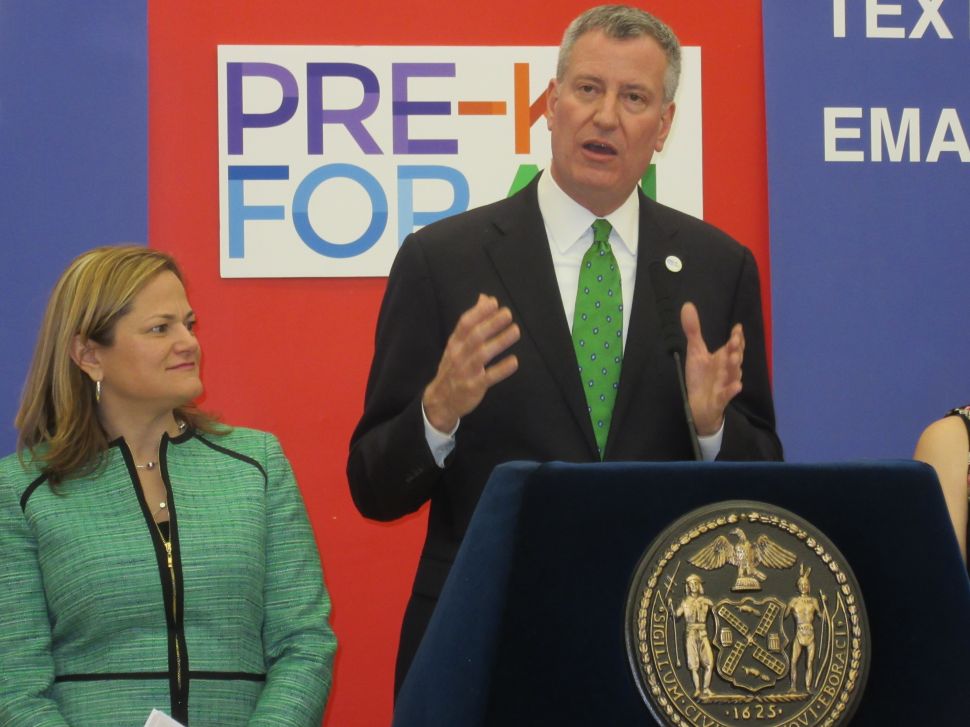