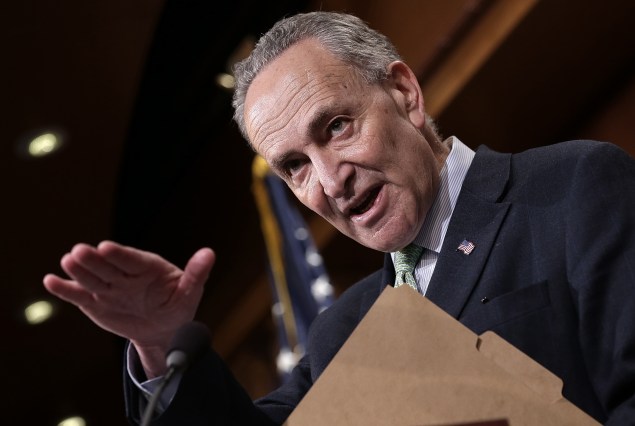 Mayor Bill de Blasio said today he is looking forward to Senator Charles Schumer becoming majority leader, even if his expected promotion could come when Democrats are still in the minority.

Mr. Schumer, the number-three ranking Democrat in the U.S. Senate, was endorsed by retiring Minority Leader Harry Reid, a Nevada lawmaker, to replace him. Mr. Reid had served as majority leader until Republicans took control of the Senate in the 2014 elections.

“I think Senator Schumer has done an exemplary job of delivering for New York City and New York State,” Mr. de Blasio, a fellow Democrat, said as Mr. Schumer stood at his side during an unrelated Brooklyn press conference. “I can only imagine how much good he’ll do for the country as Senate majority leader and I look forward to that day.”

With a presidential election year expected to boost Democratic turnout and several favorable seats up for re-election, some analysts believe Senate Democrats have a chance in 2016 of reversing Republican gains and returning to the majority. Mr. Schumer was instrumental in the Democrats’ sweeping 2006 victories that knocked the GOP out of the majority under the Republican Bush administration.

Mr. Schumer said today that any promotion in the Senate would not take his focus away from local concerns.

“New York is in my bones and my activity in New York, being around this city and this state, being around all these counties, will not diminish one bit,” he said. “You do your job better in Washington when you’re constantly in touch with your constituency because you learn what people care about, what people want, you learn their needs much better.” 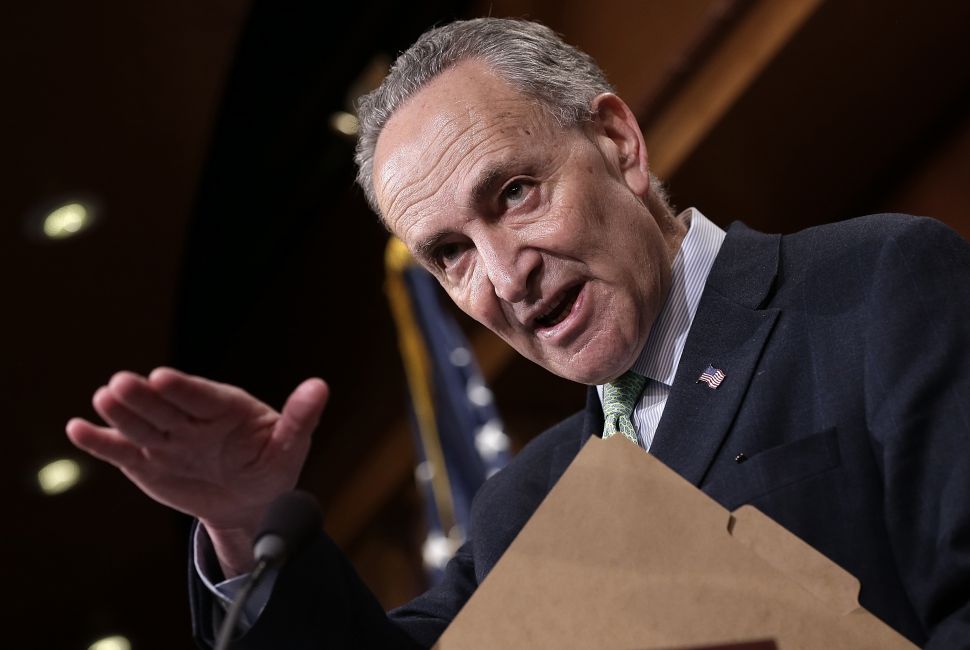