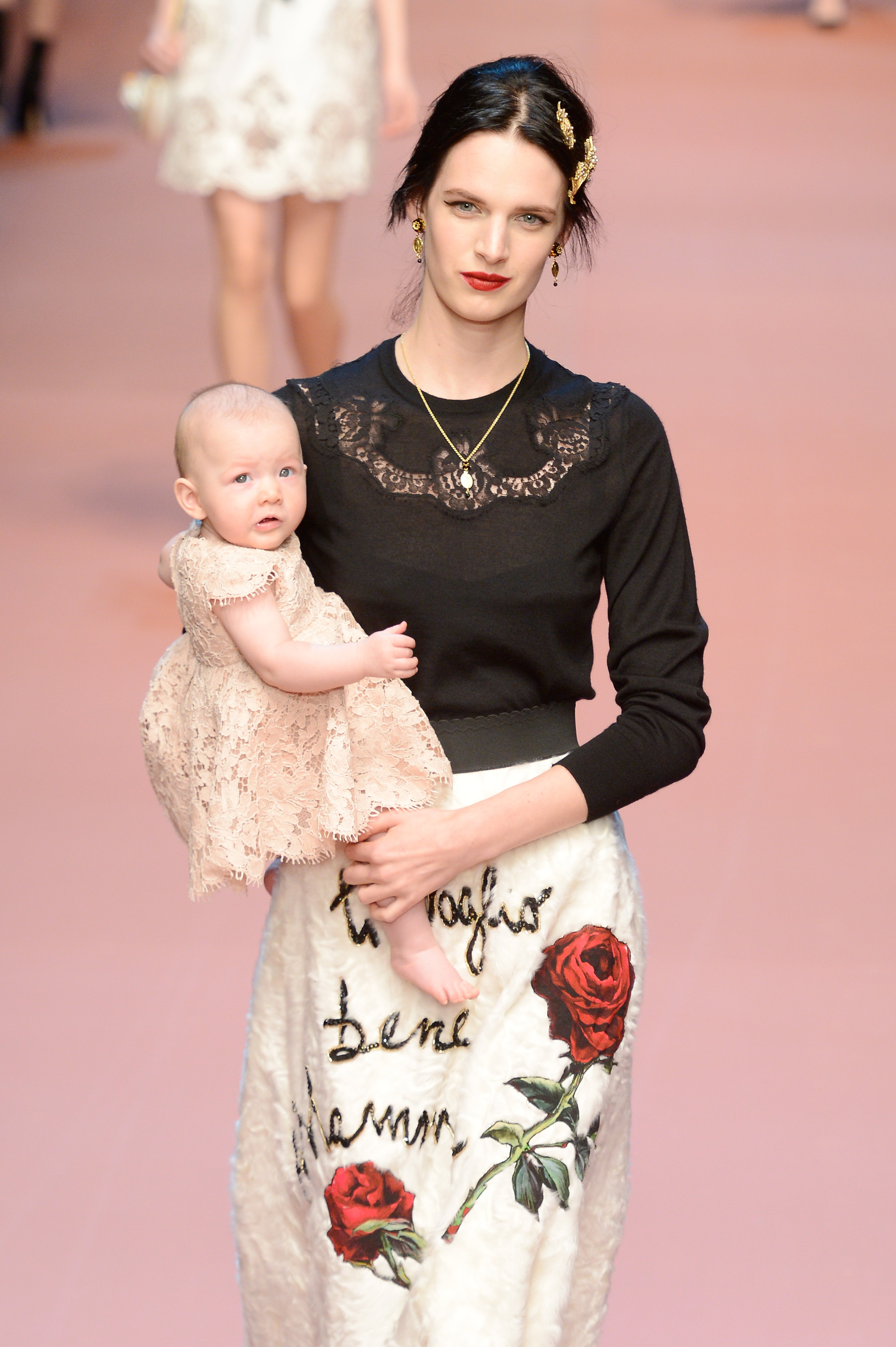 A model with a baby on the Dolce & Gabbana runway (Photo: Getty).

One of Milan’s most coveted labels is doubling down on fashion’s current craze for atypical models.

Dolce & Gabbana joined the wave of brands who used senior-citizen models in their spring campaigns, and yesterday, their runway show was a celebration of all things maternal.

Several models carried babies, while one woman held a girl’s hand and the two modeled pink mommy-and-me frocks. Another model was pregnant.

Some of the prints were made from drawings done by the printer’s child, Stefano Gabbana said in an interview with Style.com. The models wore shoes with such classic mom artifacts as lipstick tubes floating in the Lucite heels.

“Mama” by the Spice Girls played as models walked down the runway wearing ornate sweaters and dresses with the words, “Je t’aime, Maman,” embroidered and embellished in large handwriting. The warm and fuzzy collection, complete with classical depictions of the Virgin Mary, is a much more chic alternative to an “I <3 mom” tattoo. 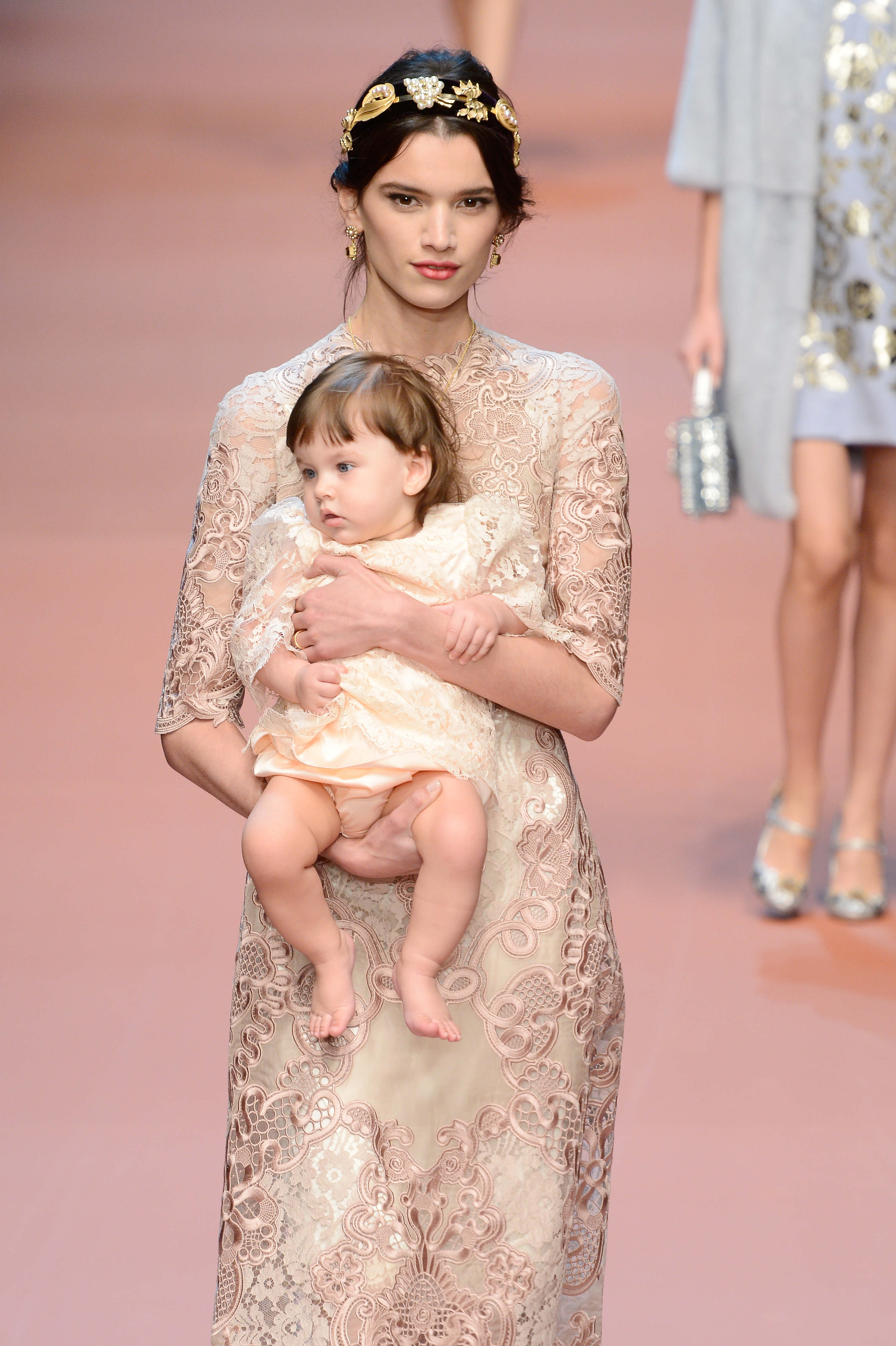 A model walks with a baby on the Dolce & Gabbana runway (Photo: Getty). 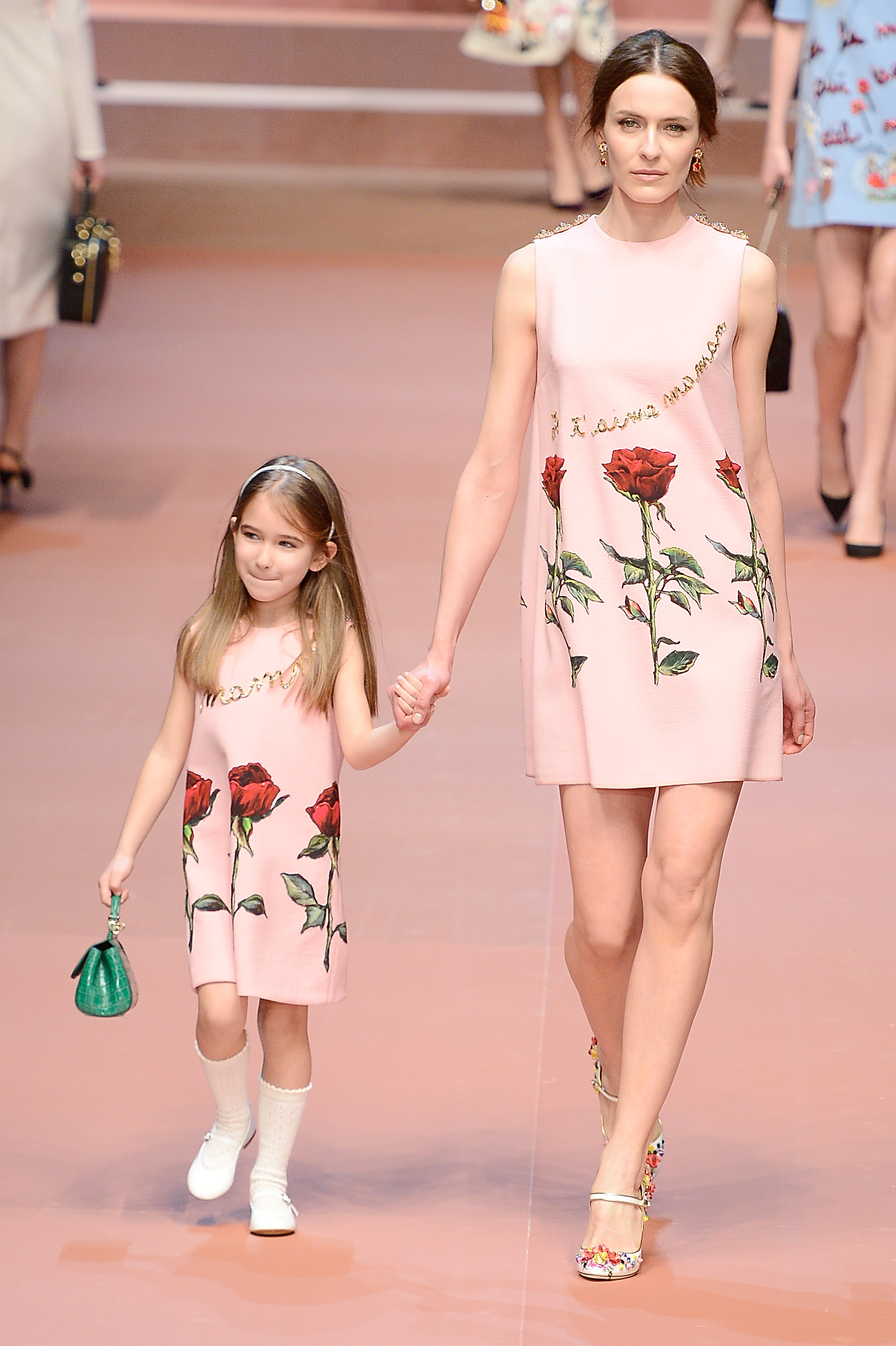 Mommy and me dresses at Dolce & Gabbana (Photo: Getty). 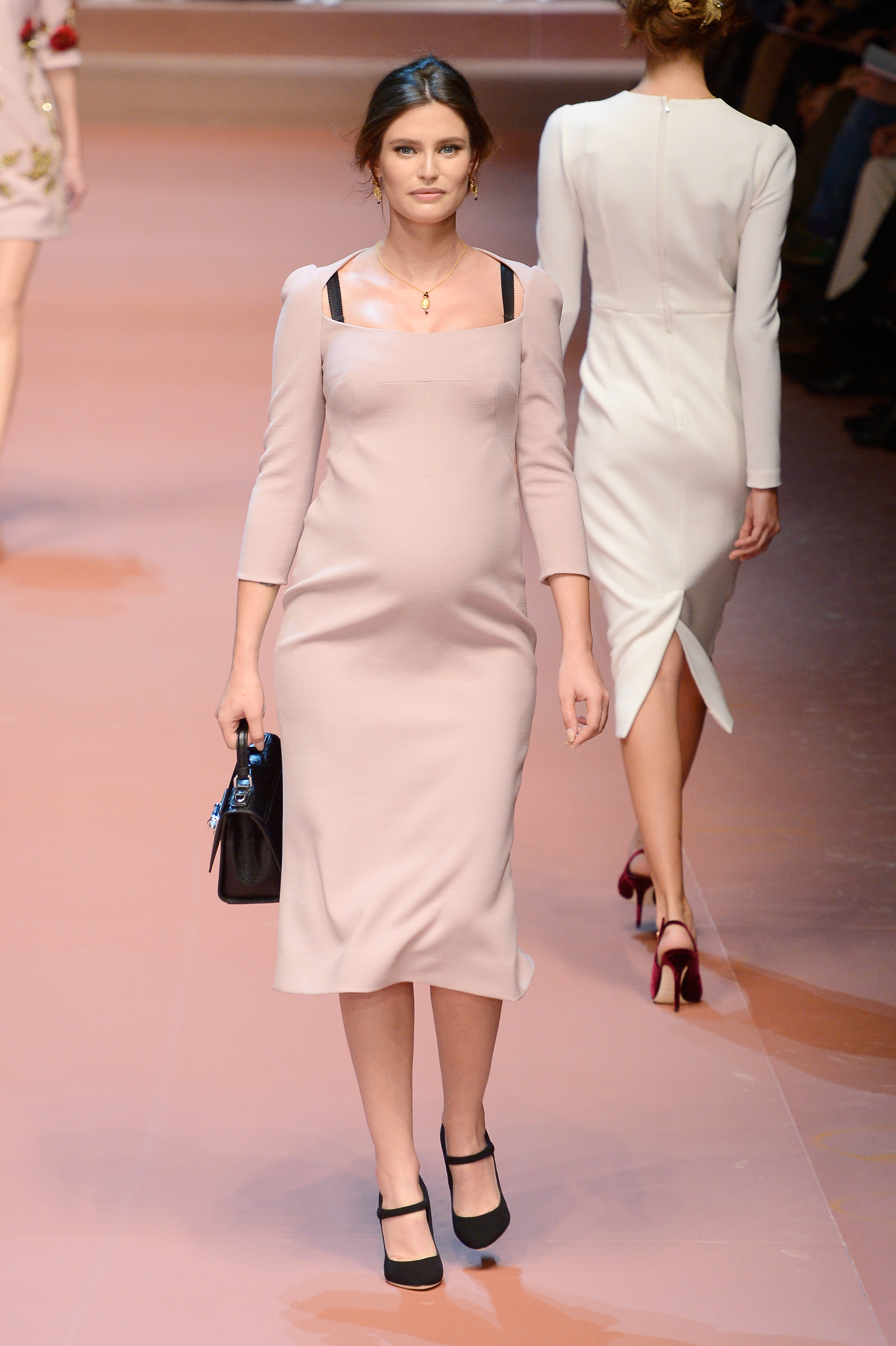 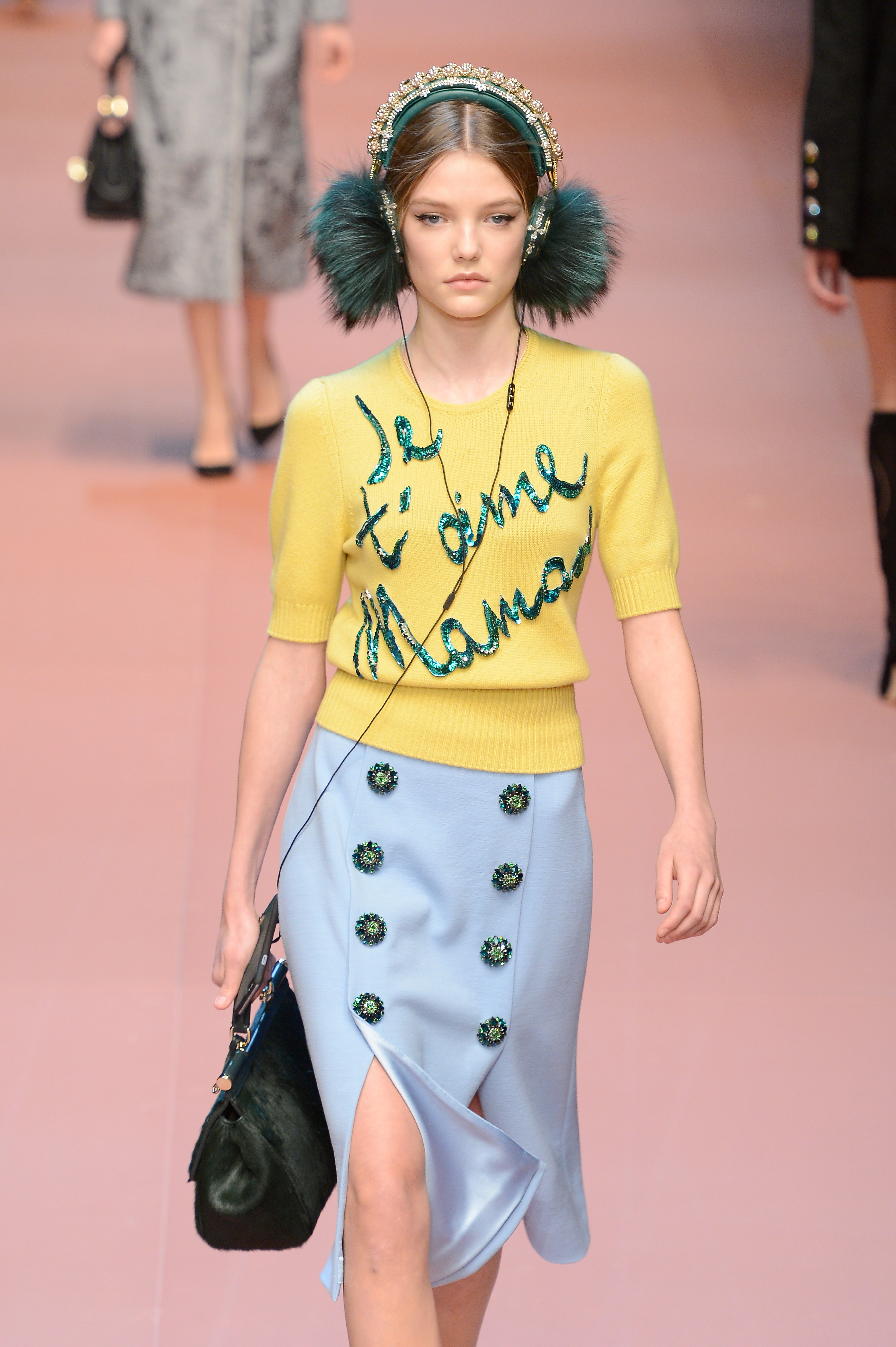 “Je t’aime Maman,” so much cooler than a mom tattoo (Photo: Getty). 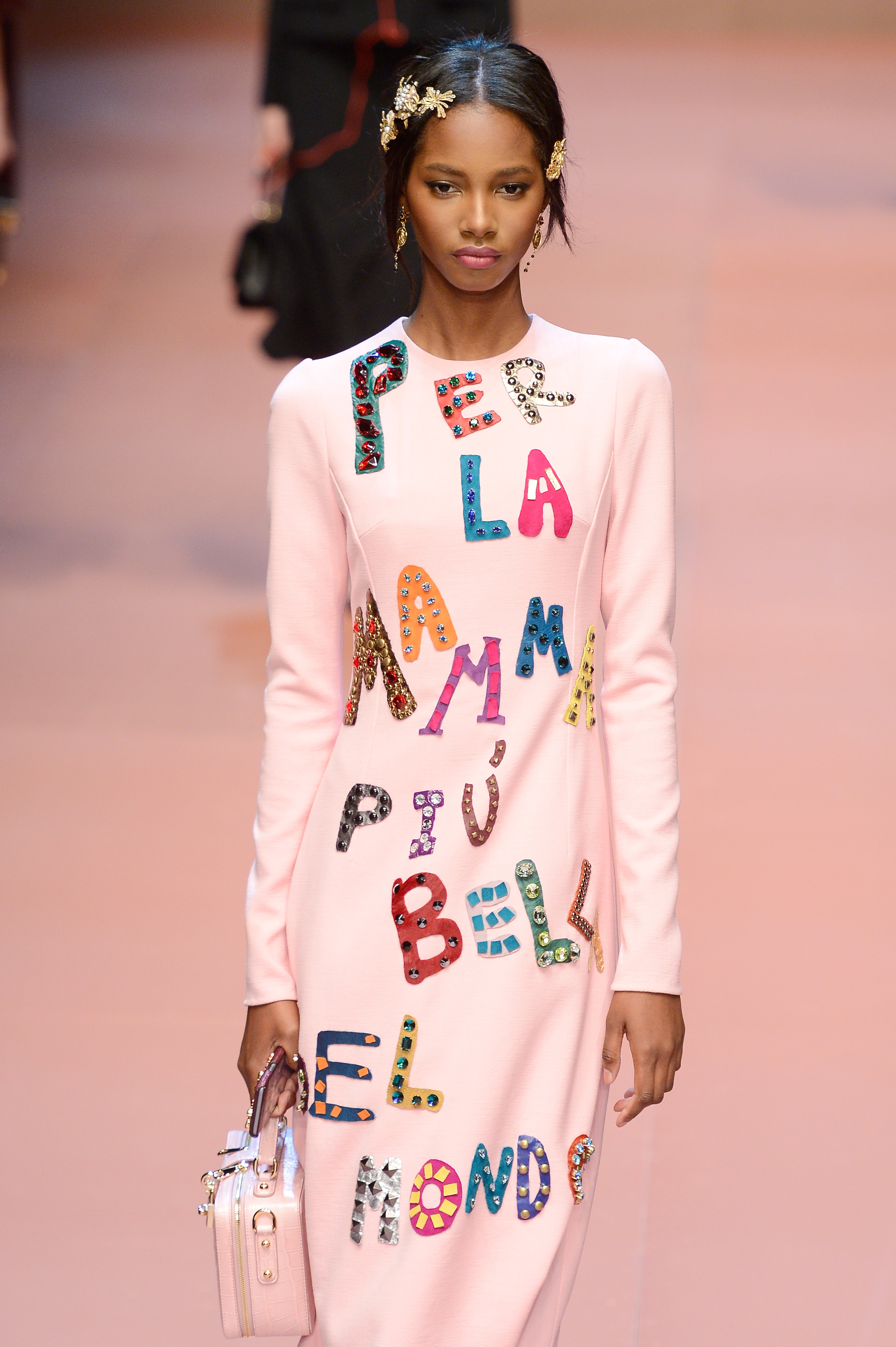 Childlike artwork on a dress at Dolce & Gabbana (Photo: Getty). 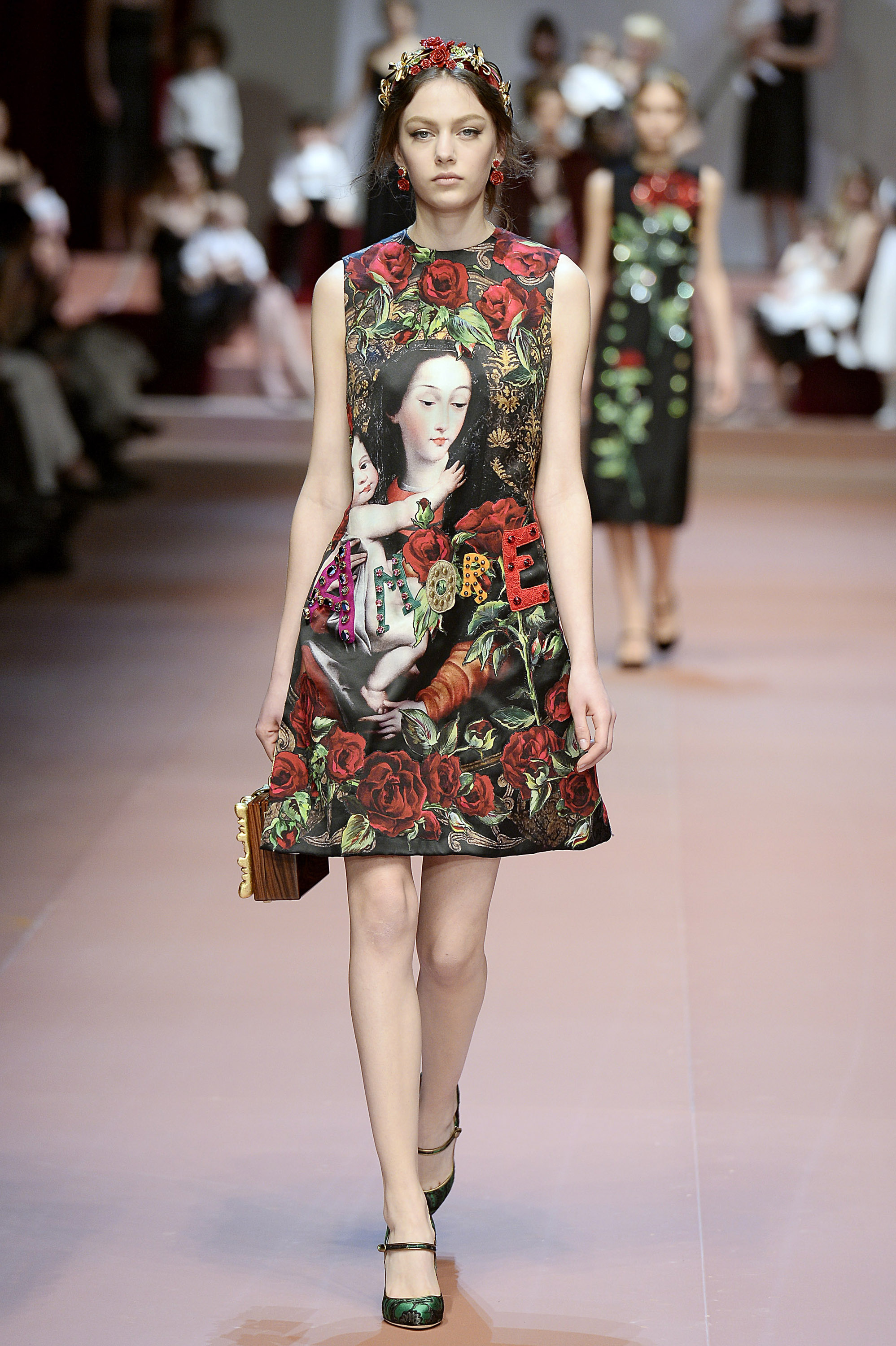 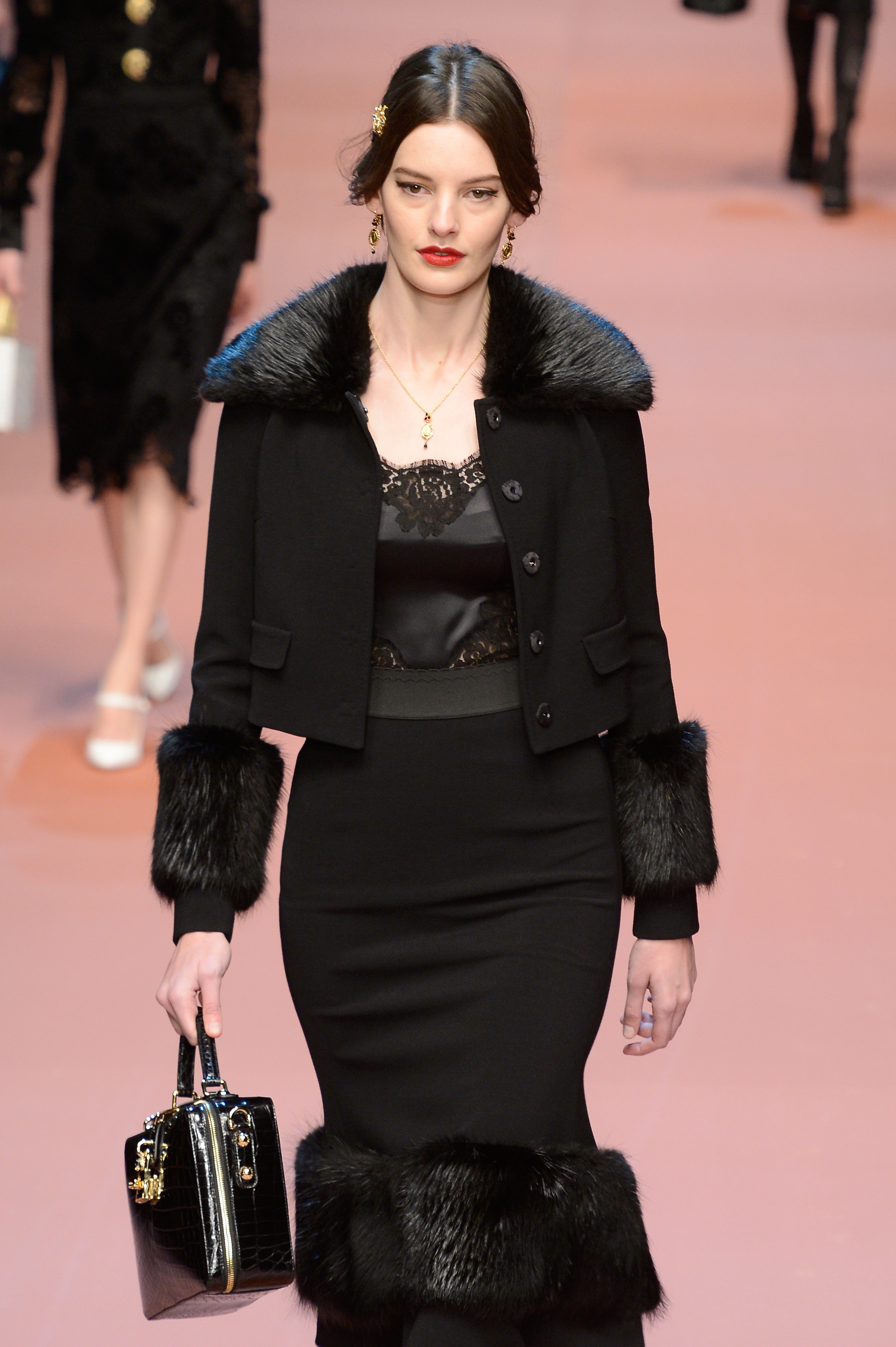 Amid the cheeriness of the mom-inspired clothing, some other garments called to mind traditional mourning attire (Photo: Getty). 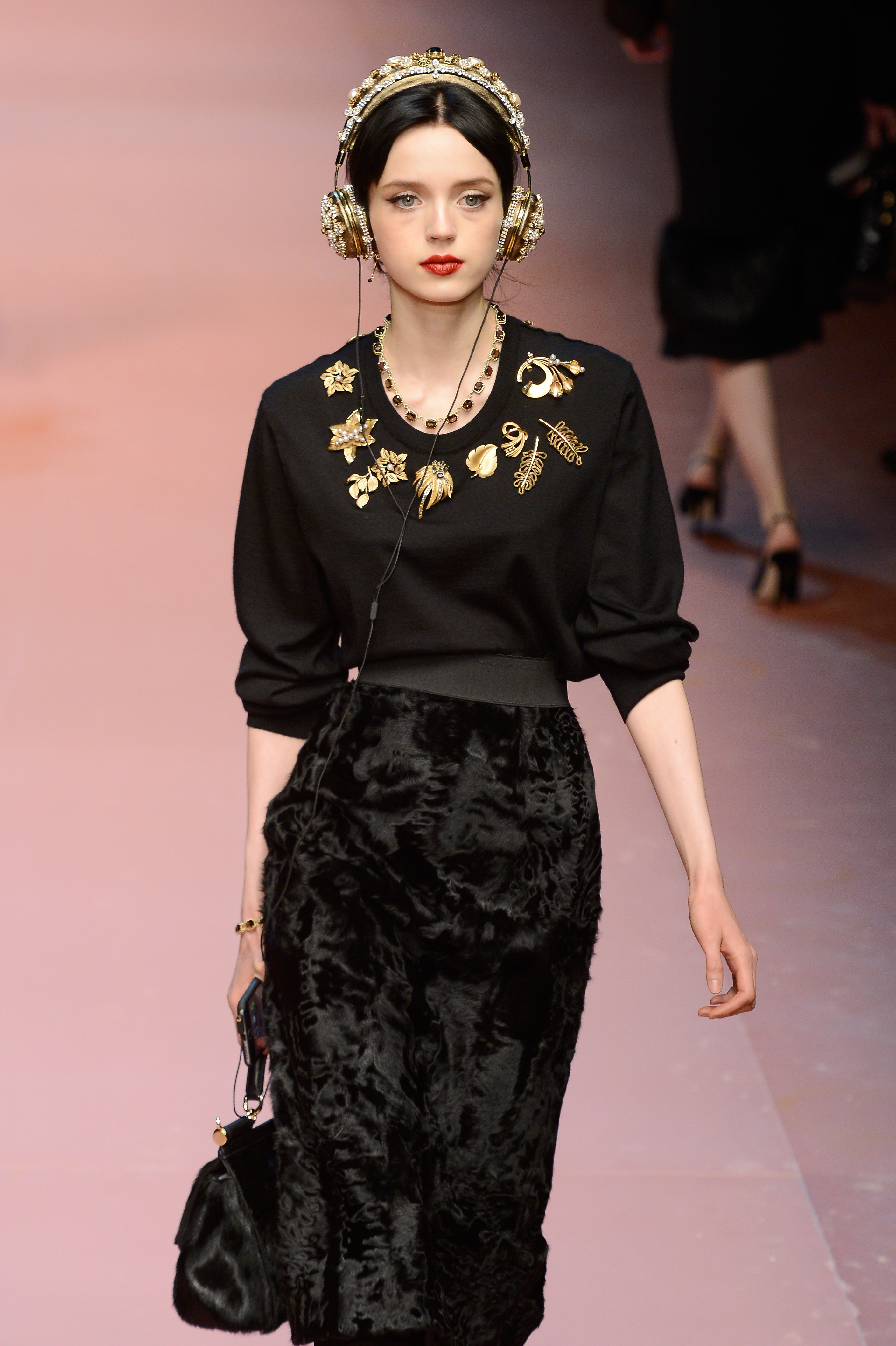 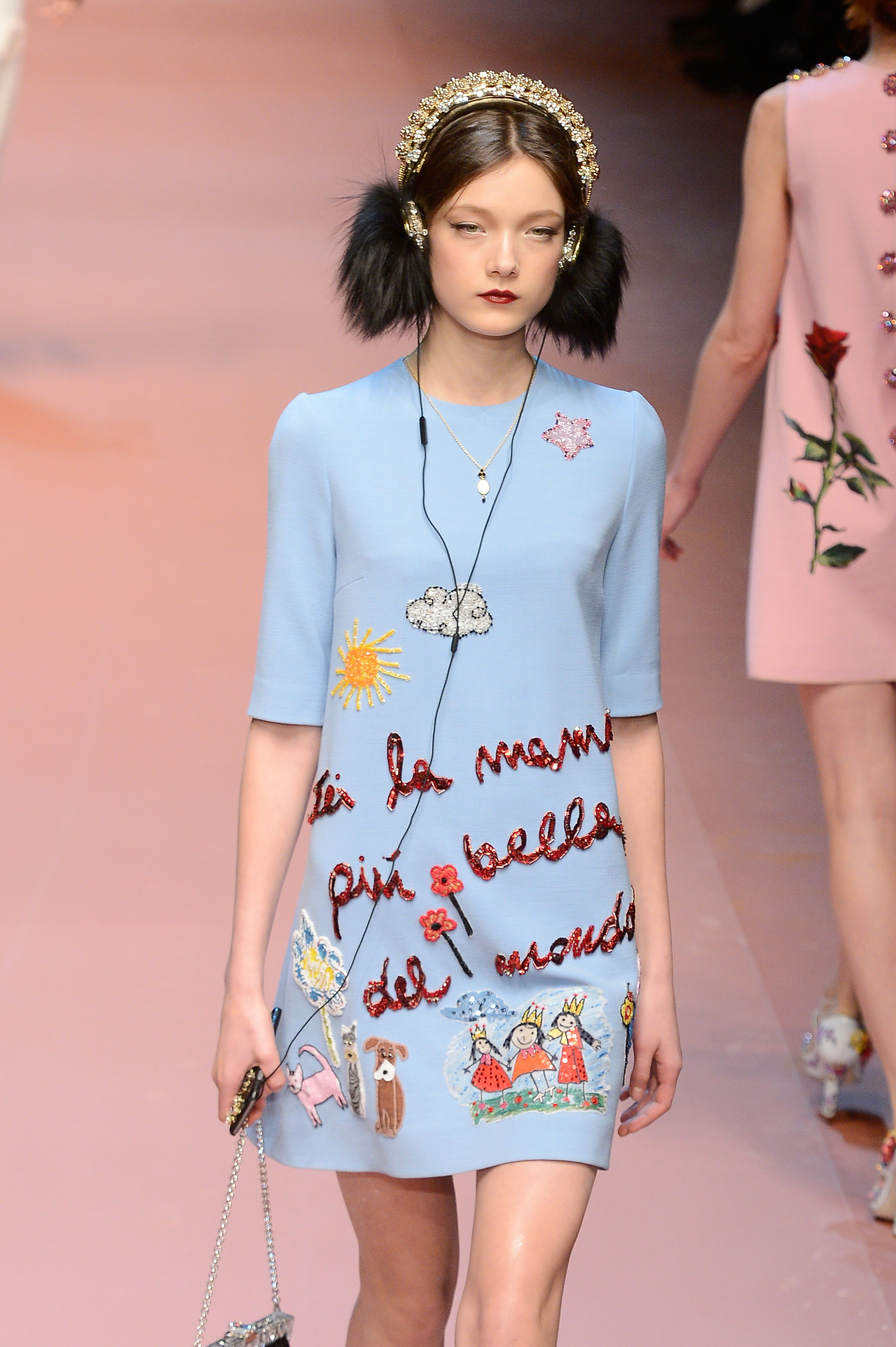 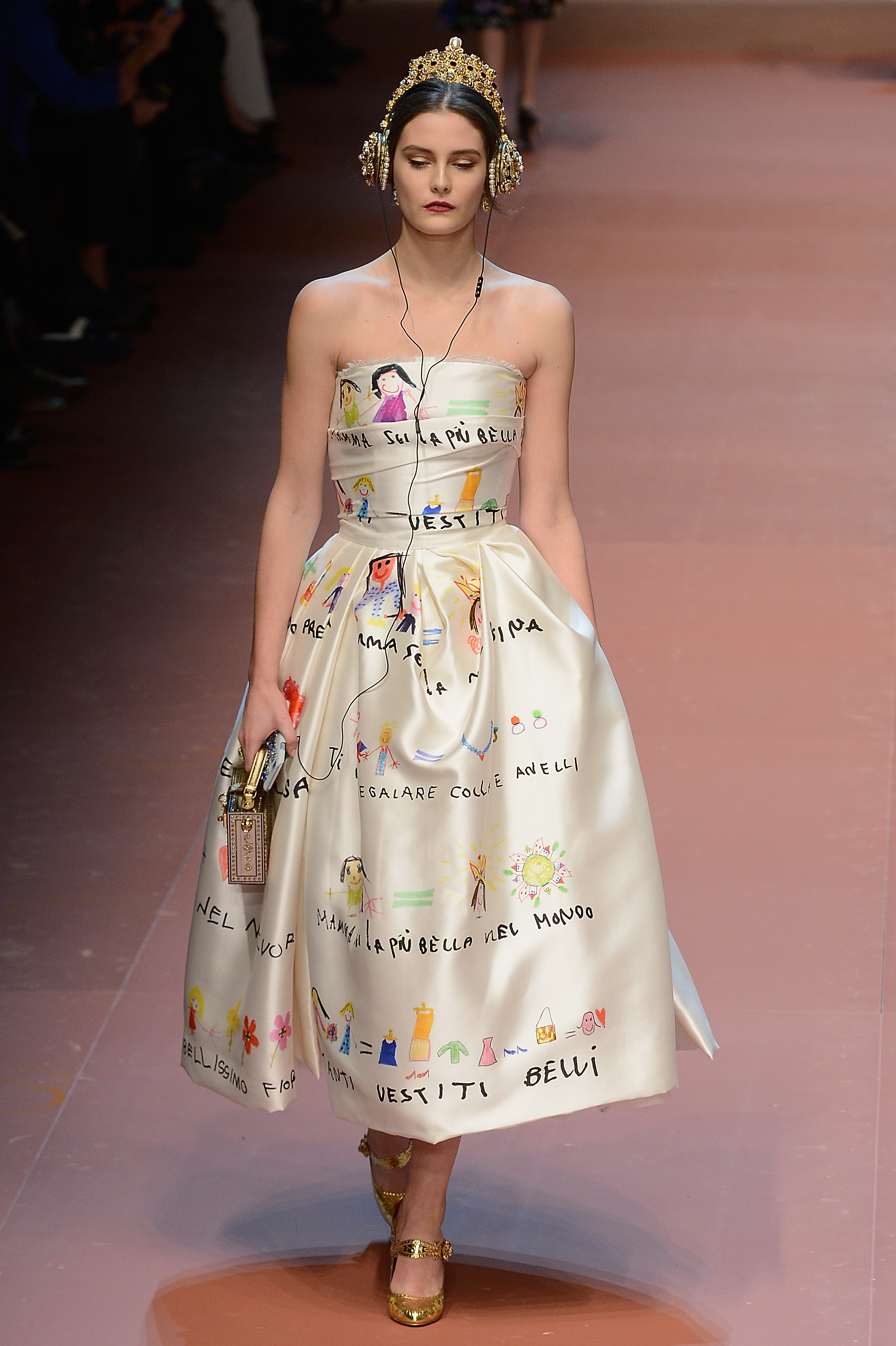 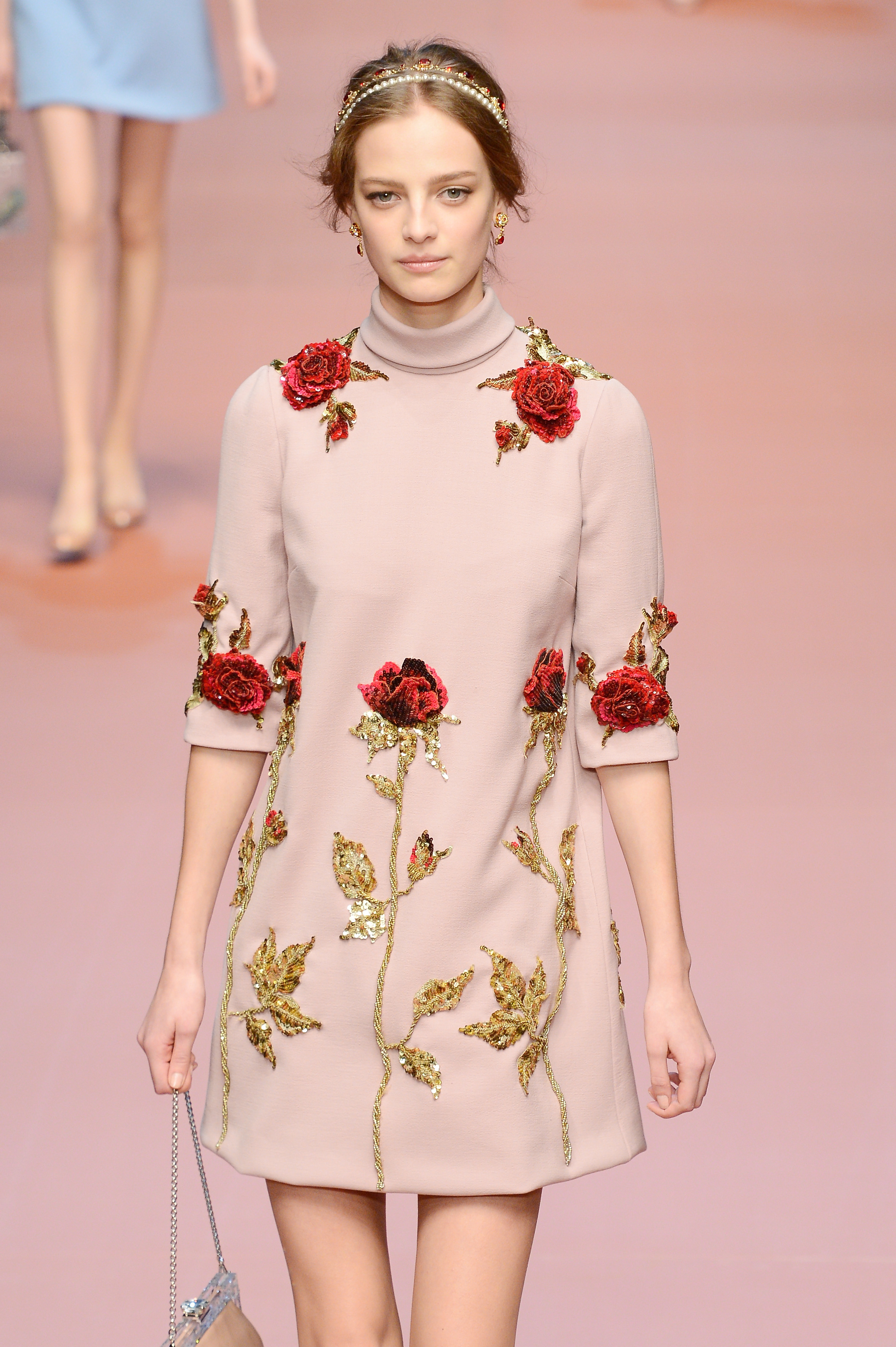 The label’s signature red roses also popped up on many pieces (Photo: Getty). 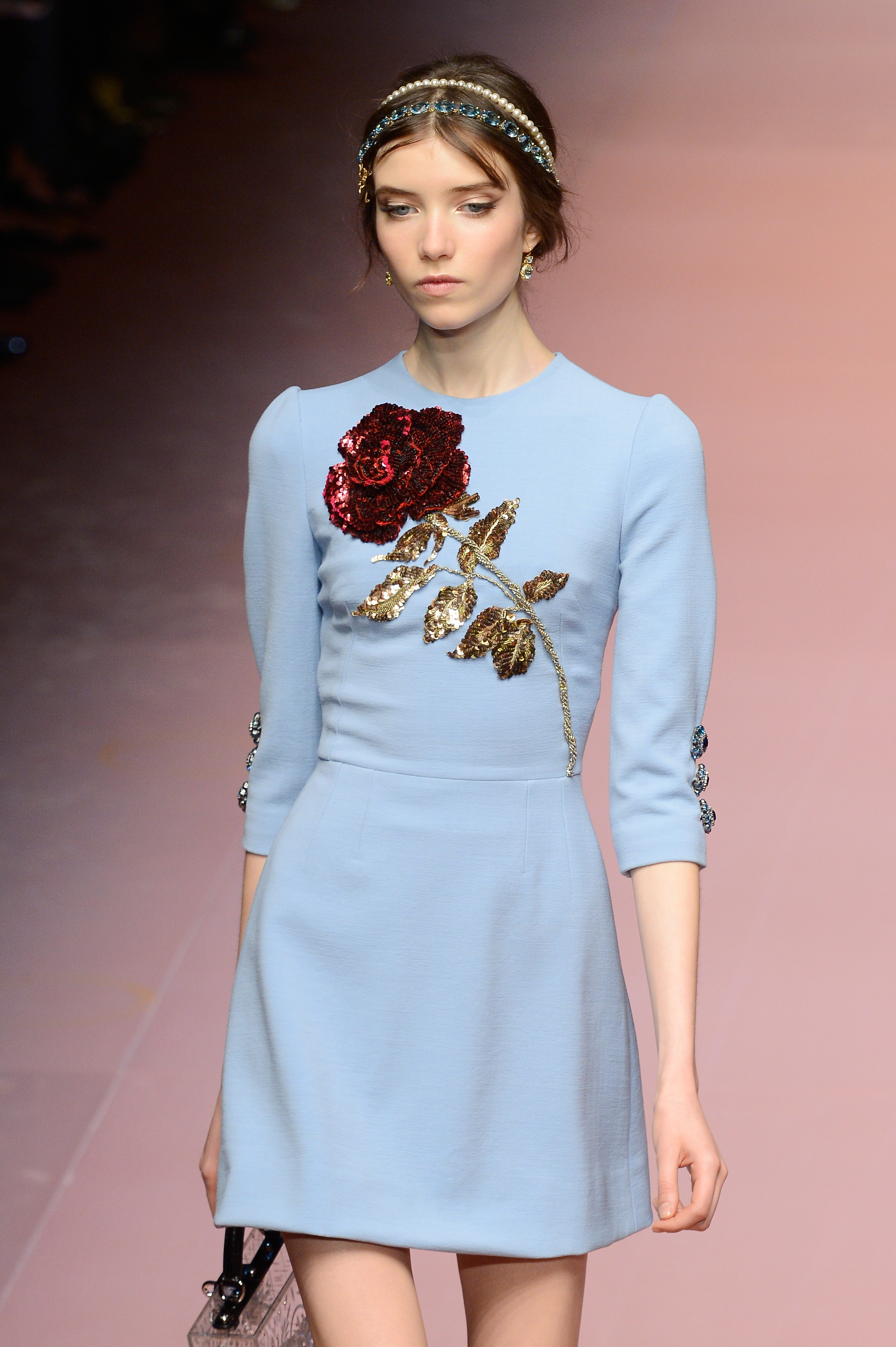 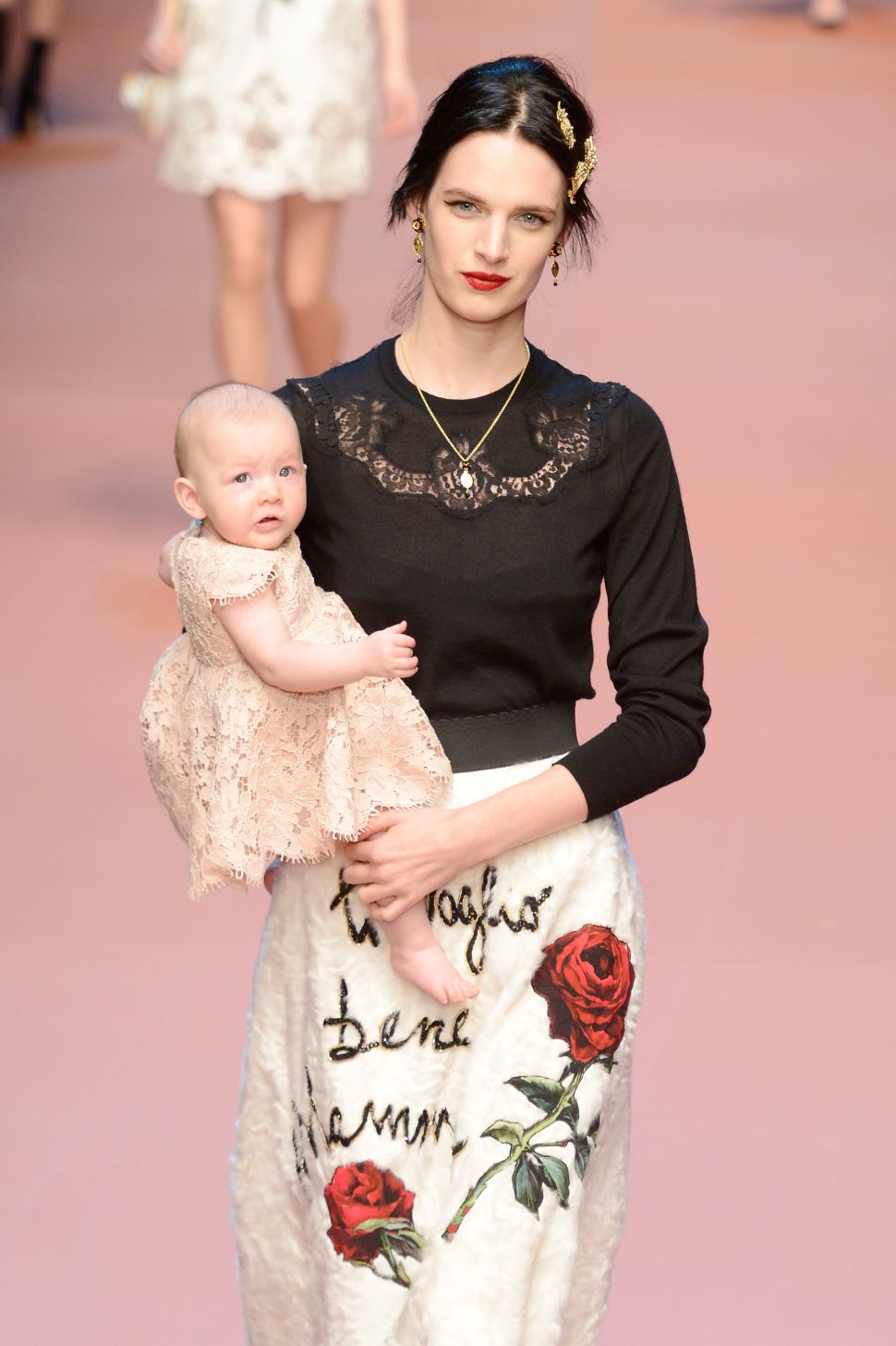