Dean of the Education School at Saint Peter’s University Joseph V. Doria to its Board of Trustees.

The former legislator, mayor and career educator authored New Jersey’s Charter School law and is largely responsible, while Minority Leader of the New Jersey General Assembly, for shepherding the bill through the Legislature and working with then-Governor Christie Whitman to enact the law.

A former Bayonne mayor, Doria delivered his doctoral thesis on the function of political capital to enact education policy and is widely regarded among the foremost legislative authorities on the subject.

“Joseph Doria truly is a legend of New Jersey politics and policy,” said Carlos Lejnieks, Chairman of the Board of the NJCSA. “From a board chairman’s perspective, Senator Doria is the type of dynamic leader that will bring our association’s advocacy to a new level and reshape the public policy dialogue on the future of charter public school education in our state and
nation.”

“I am honored to contribute to the growth of educational opportunity for all children in New Jersey by serving on the NJCSA Board of Trustees,” said Doria. “New Jersey’s charter schools are changing lives and providing real opportunity to underserved children otherwise trapped in failing public schools. This has been a mission of mine since my earliest days in public service and I look forward to confronting the challenges of public education as we compete in the global marketplace.”

“Senator Doria brings significant passion to our Board of Trustees,” said Rick Pressler, Interim CEO of the NJCSA. “In addition to being a foremost expert on education policy and state politics, the Senator is a true gentleman and always willing to share his knowledge. I look forward to working closely with the Senator and provide the benefit of his insight to our
students.” 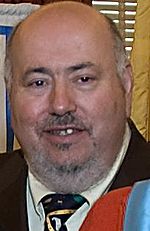