If there is one thing actors, especially character actors, love, it’s when you go up to them and demand that they perform their famous lines for you. That’s why Robert DeNiro is constantly telling every schmo who makes him a deli sandwich “You talkin’ to me?” and Ben Stiller is just giving away Blue Steel for Anna Wintour.

But it’s a double-edged sword, right? Get known for one type of thing and you’re going to harnessed to it for the rest of your career. No one embodies this paradox more so than Isiah Whitlock, known to most fans as Senator Clay Davis from The Wire, whose catchphrase was just a four-letter word strung out from here to eternity: Sheeeeeeeeeit.
[youtube https://www.youtube.com/watch?v=l1dnqKGuezo]
“They kept writing it in and I kept doing it, and it took off,” said Mr. Whitlock told The Observer of the line that earned his infamously crooked congressman a cult fan-base. “The one thing I kept stressing (during filming) is that it wasn’t something I’d do casually: it’d have to be a serious moment in the script, either good or bad, and it’d have to fit. I thought if I just threw the word around, it would lose it’s emphasis, but if I strategically place it in certain moments, it’d be quite effective.”

As he put it: “Sometimes there’s nothing else to say, but Sheeeee-it.”

“Eight years later, people are still asking me to do it all the time. Constantly. I’m talking around the world,” Mr. Whitlock told me on a phone call from New Zealand, where he is shooting a new film. “I was at a urinal once, and this guy recognized me and wanted me to say ‘shit.’ I was like…you mind if I finish up here first?'”

“What are you going to do?” Mr. Whitlock asked. “Sometimes people want to call their wives or their husband’s and put me on the phone. It’s such a weird thing to have to say. Just ‘Shiiit?’ That’s it?”

But if Mr. Whitlock–who has appeared in other film and television such as The 25th Hour, Cedar Rapids and Veep–is trying to escape his actor’s curse (word), he has a funny way of showing it: he recently paired up with a social media company to release the Whitlock Academy, a spoof of method acting classes where there’s only one phrase to learn, and more recently a Kickstarter campaign to create an “Isiah Whitlock Jr. Talking Bobblehead” that spouts the infamous phrase. There’s even a video with the actor who played Marlow to promote it!
[youtube https://www.youtube.com/watch?v=gD-uTtOBF54]

But for Mr. Whitlock, this is the catharsis that he hopes will help put his reputation as Davis to rest. “I just want to go on and do some other things,” he said. “As far as I’m concerned, Clay Davis is just a drop in the bucket. A big drop in the bucket, but still.”

His Kickstarter has already surpassed its $12,500 goal at $49,500 (at the time of this writing), and it still has 23 days to go. You better get in on it, too, because once it’s done, Mr. Whitlock plans on retiring the phrase. “When people ask, I’ll tell them they should have bought the Bobblehead,” he laughed. “And then they could hear me say it all the time. That will be their punishment.” 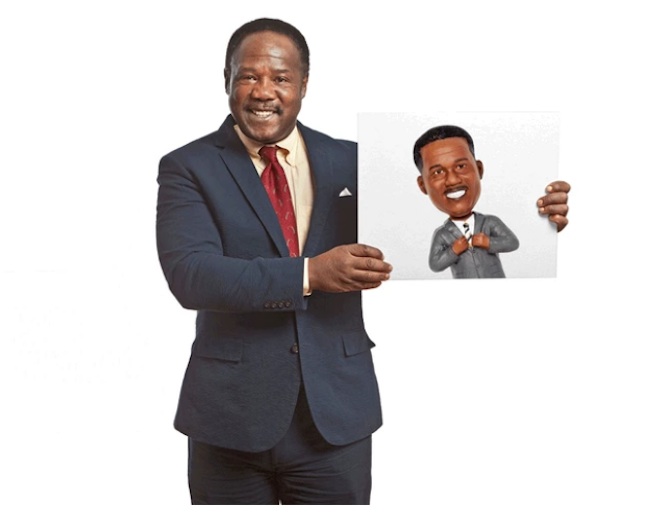