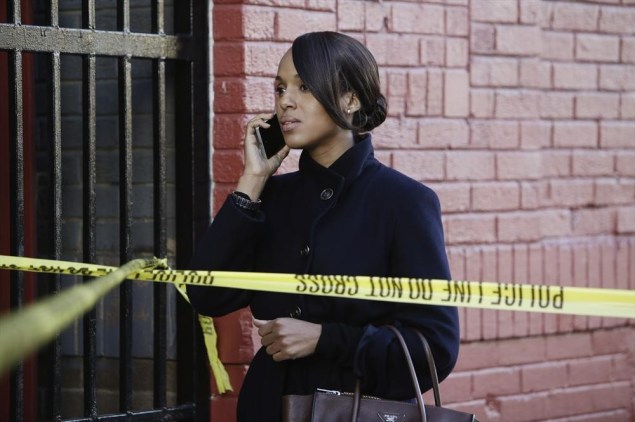 I couldn’t ever get into The Newsroom. I tried, for the first few episodes of season one, but I could never get past the conceit of “Here’s how the news would have been reported, had we the benefit of hindsight at the time.” It was hard for me to take the show as seriously as I’m pretty sure Aaron Sorkin wanted it to be received, since it walked the line between “ripped from the headlines” and “revisionism” so awkwardly. But ultimately, I know that my criticisms of the show don’t mean much, because it simply wasn’t the show that I wanted it to be. And that’s okay. Not every show has to meaningfully engage with current (or not-so-current) events in the same way, and not every viewer is going to respond to every approach in the same way. I have no doubt that Sorkin created exactly the show he wanted, and I try to keep that in mind when I think back on it, like I did during #TGIT last night.

It was hard to not think of The Newsroom (or Law & Order) during last night’s Scandal. It’s impossible to look at Courtney B. Vance’s character sitting in a chair next to his son’s lifeless body and not ask, “How should we have better responded to the death of Michael Brown?” It’s not a new question, and I don’t think Olivia Pope found any realistic answers that haven’t already been discussed in the media at length. And I’ll admit, there were moments in which I felt the same discomfort that I remember feeling when I tried to watch The Newsroom. Real life is not as clean as Shondaland has the luxury of being, and I don’t think we do ourselves any favors in the quest to address racism in the U.S. by having David Rosen to make an inspiring speech and calling it a day.

But Shondaland isn’t real life, and it shouldn’t be, because we need cathartic television sometimes. Scandal made me angry and frustrated last night, because everything looked so easy and I was envious of this alternate-reality Washington, D.C. in which racist cops are dealt with swiftly and ordinary black fathers are comforted by the President in the Oval Office. What a nice world that would be, and it is so terribly depressing to watch that world and remember that it’s not the one we live in. But if that justice can’t happen in Shonda’s D.C., where can it? One episode of Scandal isn’t going to heal any of the damage in Ferguson, but it can provide escapism when we need it most.

The same can be said for Grey’s. I don’t think anyone doubted that Shepherd was going to save Dr. Geena Davis or that Arizona was going to save Glenda Castillo and her baby, even though those cases probably would have resulted in death in real life. But neither of those stories were about the suspense. They were about Arizona and Shepherd (and Edwards!) learning to trust their instincts and gain confidence and become the surgeons they were born to be.

Escapist medical dramas aren’t anything new, and, like Drew, it’s not a genre that usually speaks to me. But we’ve all had the experience of waiting for news about a loved one’s surgery, and there’s something to be said for the knowledge that everything that doesn’t always work out in real life will pretty much always work out fine at Grey Sloan Memorial. I mean, if Dr. Geena Davis had died, would we really have learned anything new about medicine or brain tumors or mortality? Probably not. It’s probably good that she’ll be around to keep yelling at Arizona and eating ice cream and making passes at every male doctor in a five mile radius.

I think that the reason real-world issues play out reasonably well in Shondaland is because we’ve already managed our expectations to some extent. Nothing about medicine or politics or law is ever handled remotely realistically, and that gives the shows some freedom to explore current events or real-life universal experiences in a less-believable yet more poetic way than other shows would be able. Shondaland doesn’t need to kill off every sick character or act out the systemic racism that plagues the law enforcement in the U.S. All it needs to do is take those issues that are on the audience’s mind and find a way to make them feel something at the bottom of their jaded souls. And on that, Shondaland delivers, every time.

I couldn’t buy The Newsroom as escapism, because it was too close to reality. It’s diversions from history felt less cathartic and more lecture-y. But Shonda’s shows know that the real world is a lot more complicated than they can do justice, so they don’t try for real. Their goals are emotion and sentimentality and characters saying exactly what they are thinking, regardless of the consequences. And thank goodness for that. We need that. It might still be a frustrating viewing experience, but at least the escapism can give us the pleasure that we’ll never feel from the actual news. 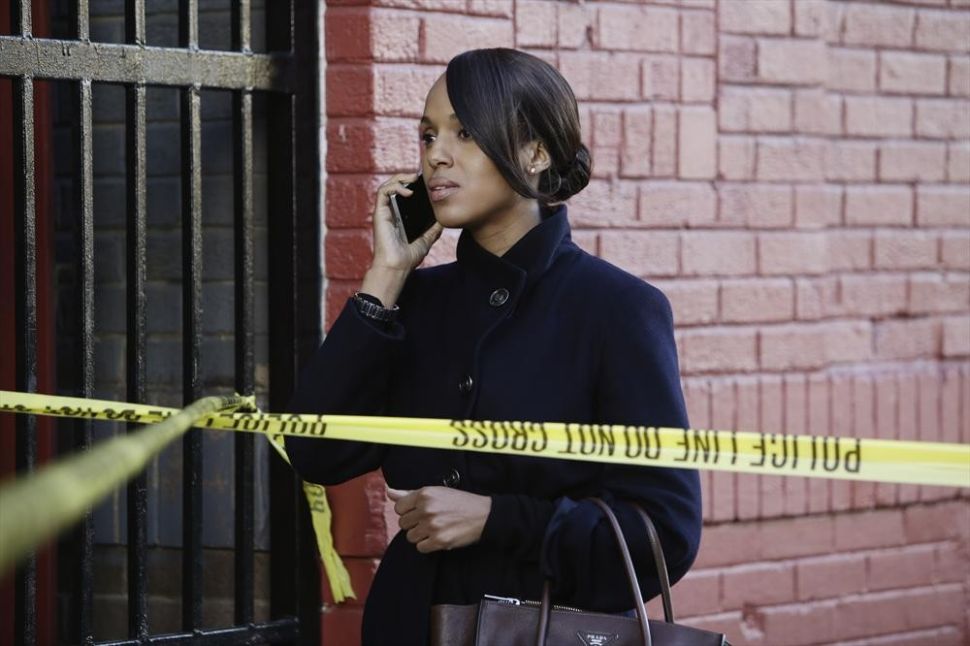 Filed Under: TV, recap, Scandal, Grey's Anatomy, How to Get Away With Murder