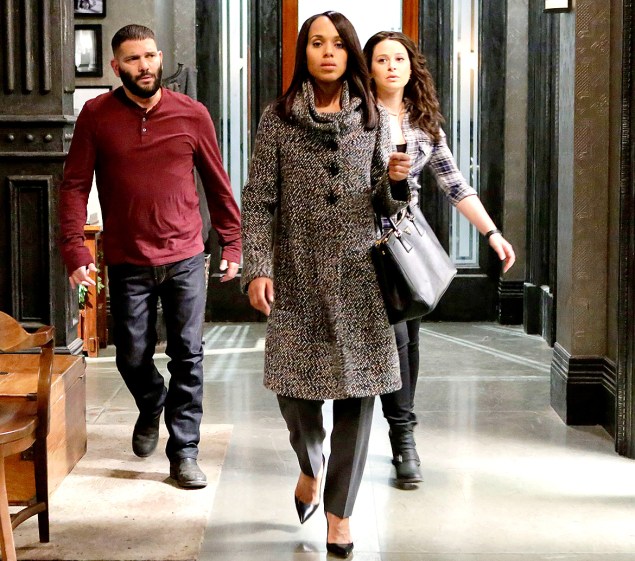 Off the heels of a politically-charged #TGIT last week, this week’s Shonda-coaster was about trauma. Deep, personal traumas. The events that precipitate trauma and the coping mechanisms and healing processes of those afflicted. It’s hard to deal with topics like trauma in between commercial breaks on a network television show, but Shondaland is quite a fertile ground for such topics to be explored. On one hand, you have a fast-paced show like Grey’s Anatomy where crisis situations are constantly popping up. On the other hand, there’s Scandal, where characters who have been put through the ringer for four seasons are finally at their capacity for coping with abuse and anxiety. Between the two, we can see a balanced portrait of how trauma develops and what happens as a result.

It’s rare that (for me, at least) the emotional core of a Grey’s episode is one of the patients of the week, but such was the case when Ruby’s voice entered the episode. She calls Grey Sloan Memorial in a panic when her mother is unconscious following an earthquake, and Owen and Amelia walk her through safety procedures over the phone. Is this a thing that doctors ever actually do? Can you really administer that kind of deep medical care by offering instructions to an 11-year-old? I doubt I would have been able to follow those details so carefully when I was that age. Then again, this is Grey’s, and the reality isn’t the point. When the helicopter carrying Ruby and her mom finally landed at the hospital and the little one ran over to hug Owen, I cried a little. This was one of the more emotionally impactful cases Grey’s has had in recent memory, and I was moved hearing the timid and terrified voice of this child working hard to save her mother’s life. I don’t know how she pulled it off, but she did, and I am more in awe of her than I ever am in most of the Grey Sloan doctors.

Of course, the point of including this trauma wasn’t Ruby or her mother or their perseverance — it was an excuse to shoehorn some emotional moments into Owen and Amelia’s work relationship so that they’d finally hook up with each other, like we’ve been waiting to happen for weeks. And it worked, because this is Grey’s and of course it did. But I am kind of okay with that! This season has had so many break-ups and separations and relationship angst that it was pretty lovely to finally see something develop between these adorably awkward souls. I have a good feeling about this relationship, even if I wish they’d wait to get their groove on until after their shift ended. Take a lesson from Bailey, you guys!

The episode ended with some foreshadowing of trauma on the horizon for Meredith: after reaching the revelation that her successes and happiness mean less when they aren’t shared with Derek, she excitedly calls him in D.C. to chat, only to discover that his phone is now being answered by a woman who is shady and reluctant to reveal the nature of her relationship with McDreamy. I’m getting a little tired of this on-again, off-again stress between Meredith and Derek, so I am hoping that this is all going to be one big misunderstanding, but it certainly doesn’t look that way. Meredith has her issues, but she’s no cheater, and she deserves better than Derek’s shenanigans. Let’s see where this goes next week.

If Grey’s attention was directed toward traumatic incidents and causes, Scandal was all about what happens later, when those incidents have caused wounds that won’t be so easily healed. To that end, my Shondaland MVP of the Week is Huck, who dealt with the competing demands of his ex-wife and his ex-B-613 cohorts better than anyone could have anticipated. Initially, his refusal to lie combined with his commitment to protecting his friends resulted in a painful silence. Neither Kim nor David knew what to make of it, as they each were expecting him to say something — though that something was different in each of their cases. So when Huck finally realized what he could talk about, he went for it. And in this case, that topic of conversation was his trauma. He talked about how he coped with being isolated in the box without light or room to move very far. He shared intimate details about the abuse he suffered under B-613, the sorts of details that the OPA gang always hopes he’ll share but that he never really has before. And that honesty has saved his relationship with his family and reignited David’s quest to burn B-613 to the ground.

Like everyone else on the Internet, I binged my way through The Unbreakable Kimmy Schmidt last weekend. What caught my attention in that show, more than anything else, was its commitment to showing Kimmy’s PTSD symptoms, like her nightmares, her jumpiness, her scream-lines, and her self-deprecating put-downs. But because that’s a comedy, and one that’s only thirteen episodes long right now, the show hasn’t yet had the chance to dig deep into Kimmy’s trauma and its effects. In a sense, the payoff that I needed after watching Kimmy Schmidt was delivered in Scandal, now that we’ve finally had a chance to hear Huck process his experiences and his coping and his survival. We’ve known Huck and his history for years now, and that moment of catharsis was well earned.

Less advanced in her trauma recovery process is Olivia, who had to find a way to explain to an elderly woman that the love of her life (and Liv’s next door neighbor) was never coming home. She pushed through her flashbacks and panic attacks to help a struggling woman cope with an unbearable loss, because that is what she always does. But she hasn’t yet had a chance to sit and process on her own. She’s needed a good therapist for a while now, so I’m hoping that these recent events will push her in that direction. Probably not quite yet, though — next week is the kinky Lena Dunham episode, so all Olivia recovery is on hold until we deal with that. 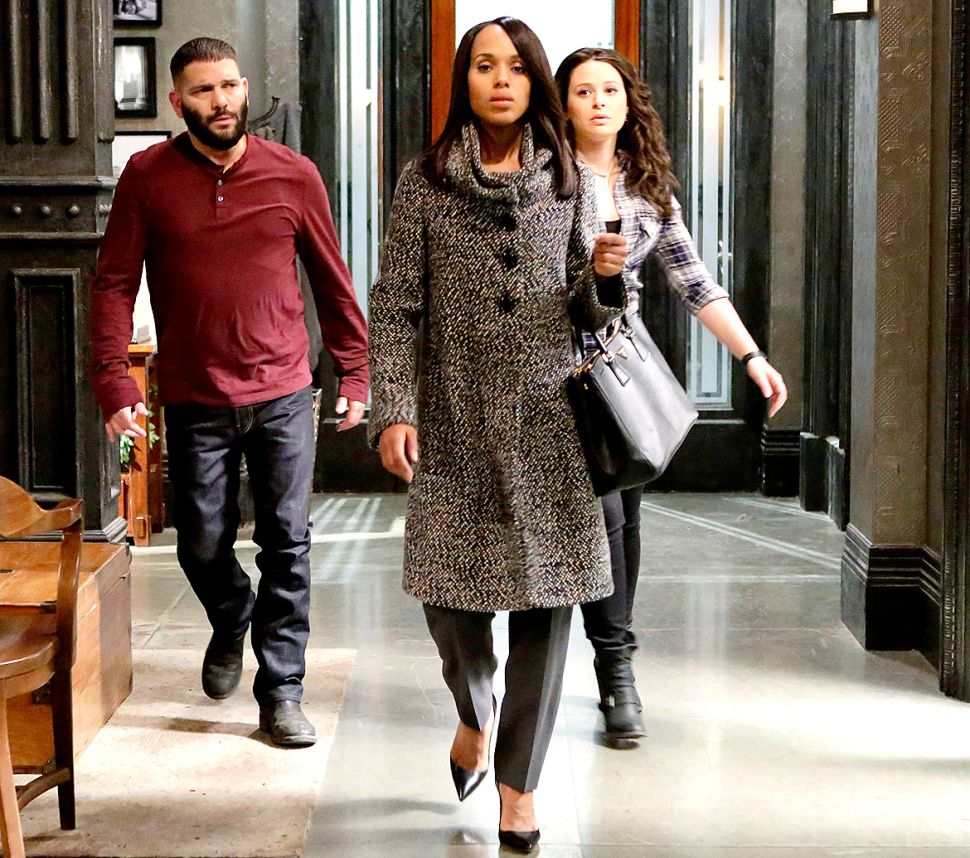