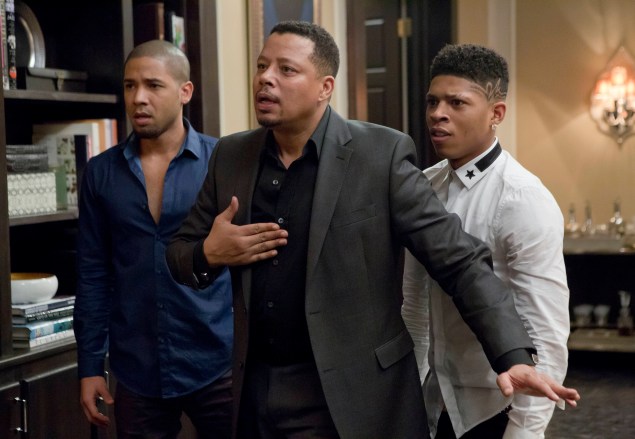 These are my confessions. (photo: Chuck Hodes/FOX)

Ladies and Gents, boys and girls, Antonys and Cleopatras, we are a week away from the season finale of everyone’s favorite show about a music mogul dying of ALS, Empire! I can’t believe it. It seems like only yesterday I was being introduced to this fabulously broken family as they try desperately to claim ownership of the company that Luscious Lyon built. Or rather Cookie built. Or wait maybe Vernon built. Well, now, actually Andre built, since he set up the IPO.  Well, whomever built it, and really they all did because like isn’t that how businesses work (blink blink), our main man Luscious is taking all the credit and divvying the shares as he sees fit. So everybody SHUT UP. *If there are papers on the table, PUSH THEM OFF BECAUSE UGH FEELINGS!*

This episode was all about tying up those loose plot points: Naomi Campbell, get back to London, Miss miss. Kate Moss is trying to buy a pack of fags and “misplaced”  her ID at the pub last night, please go help her. Raven Simone, you take your little girl and your bangs (Can bangs get braces? Because she needs to pull them things together.) back to Florida since Jamal is not your baby daddy and Luscious is but apparently no one cares. And Boobookitty, oh right, Boobookitty had the week off since she betrayed the whole Lyon family and is now hanging out with The Breakfast Club.

Speaking of boos, BoobooCookie is all Luscious can think about this week. He knows he’s done her wrong and now he wants to remarry her and have her move into his 100,000,000,000 square ft. mansion in Jersey. Our Cookie of Riker’s Island is like um no thanks. (read: “I like the isle of Manhattan, smoke on your pipe and put that in.”) But seriously, Cookie is finding new love with Derek Luke, who has been in a lot of movies that I can’t think of right now.  As someone who is supposedly the bodyguard/head of security/chauffer for Lyon Entertainment, Derek Luke has very little respect for his boss seeing as how he is stepping out with his ex-wife. But who am I to judge? If Cookie even so much as breathed/threw a shoe in my general direction I’d probably pass out from the hotsexybossladydivinity of it all.

Now that we are talking about hot and sexy, what about the way that Academy Award winner Jennifer Hudson prays?!?!? Girl, what church do you go to because you just made me religious. She straight up inserted herself in Andre’s legs like she was gonna take him on the double decker bus tour of downtown and then asked GAWD to save him from his bipolar disorder. Sweet mercy, do they teach you that in Music Therapy school? Cause I’m printing out an application ASAP.

Let’s invest in this music therapy subplot for a sec. 1. I’m not sure that music therapists just sing AT YOU. Like I’m pretty sure that more than that must happen. But I guess if one voice could cure mental illness the world over, it would be JHud’s. To that point, if you were Andre, and a music therapist at a mental institution, in the tight dress and platform heels, sang a song to you and her voice just happened to be one the greatest voices you’ve ever heard, wouldn’t you stop her midway through and say “WAIT STOP WHY ARE YOU A MUSIC THERAPIST?” It’s like when you see a really attractive homeless person on the street. How did this happen???? No matter. I saw in the preview for next week that JHud is back and this time singing on a big stage. Maybe she gets discovered whilst serenading some schizophrenics! (Remember when Jennifer Hudson was on Smash? Oh you didn’t watch? Yeah. No me neither! LOL that show was about musical theatre (ew gross!) and this show is about hip hop (wow cool!) and that means that the tone and plot and characters are totally different…um…)

The defining moment of this episode, and arguably the entire season, was when Luscious admitted that his family hates him, each one for a totally different reason. This was a cathartic moment for us as an audience. We’ve been watching this show for one million years wondering if our lead character even gets what’s going on around him at all, and turns out he does, and turns out he’s OK with it. Luscious, who has very little time on this earth as evidenced by a 3 second scene with an IV drip, will not change but his world keeps changing around him. What is he to do? Who can he turn to when he has turned his back on everyone? Who can he kill when he’s killed all who have betrayed him? Who can he love when he can only truly love himself? His children are defective: mentally ill, gay, and Hakeem. His ex wife is a wildcard. He has no friends, no social life, nothing. Empire never lets us forget that Luscious Lyon is too proud to ever admit defeat but because of that he’s losing everyone around him. Which brings us to the biggest loose end of them all: What is a lion without his pride?

I guess we’ll find out next week.  (But probably not.) 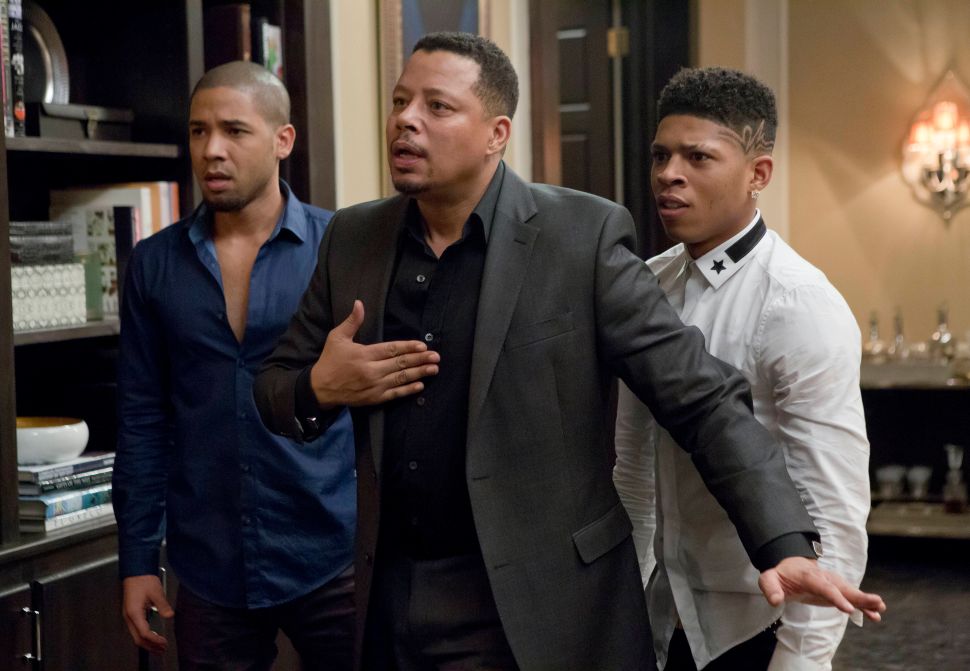