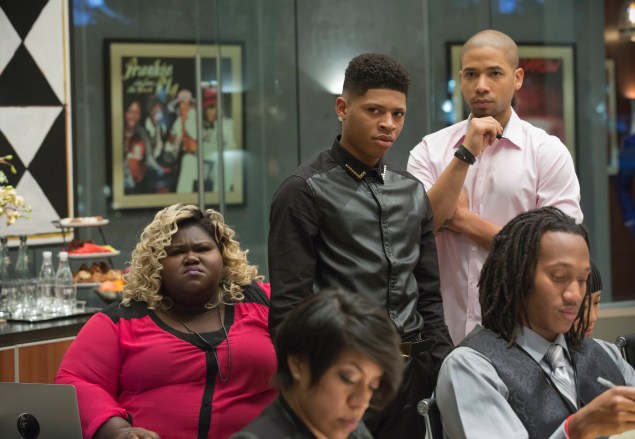 -Every character on Empire (minus Jamal’s impossibly cute daughter who can only say “Hi,” “Bye,” and sing the “WeeMaWay” part on “The Lion Sleeps Tonight” (Luscious probably thinks she’s USELESS!))

Yes, you heard right, people. WAR. Empire Entertainment is being attacked by the enemy. Clients are being raped and pillaged (read: leaving the company over the phone)  and we need ALL HANDS ON DECK to fix it. Cookie, you go get those “dangerous clients” cause you’ve been to prison. Andre, you go work that money obsessed client because you know business things and can’t stop talking about how you graduated from Wharton. Jamal, you’re gay and that’s embarrassing! Wait, go sign Estelle! Girls love gay dudes. Lastly, Hakeem you go do nothing, cause you are legitimately worthless but for some reason we still have to believe that your father still thinks you are the rightful heir to his “throne.” (This is actually the farthest stretch for Empire viewers’ imaginations. Hakeem couldn’t run Naomi Campbell’s coat closet if asked.) Everyone manning your stations? Now charge!

Normally, I would snarkily recap this show plot by plot, wig by wig, “You’re So Beautiful” by “You’re So Beautiful,” but this week I feel the need to answer a  higher calling. I want to us all to go to school!  Cause, hey, if you’re not learning, you’re not growing, and who wants to stay the same forever?! Answer: Who is LUSCIOUS LYON!!!!!!! I’ll take “Shakespeare Stuff” for $1000, Alex.

The writers have entitled this episode “Unto the Breach,” an obvious reference to going into battle from one of Shakespeare’s most famous speeches in Henry V. Empire takes from Shakespeare like an acquaintance steals your best story. You know the one that somehow gets back to you through a friend of a friend of a friend when they say “OMG Courtney Love told Precious who told That’s So Raven this crazy story about a prostitute and a windmill and a man with no legs.” Then, they proceed to tell your own story to you but absolutely bastardized and totally missing the point. Empire oftentimes reminds me of student productions of Shakespeare I saw in college that had everyone’s jaws on the floor because “it was Romeo and Juliet but set in a zoo!”  (People walking out of Campus Center, tears running down their faces. “Not even the penguins could wake Juliet in time. NOT. EVEN. THE. PENGUINS.”)  And yet Empire actually gets away with it, because Empire is not looking to honor Shakespeare, they are looking to borrow the weight his stories carry. They need gravitas, they need grandiosity , they need the heightened identity of royals and kingdoms and epic betrayals and that’s never been more apparent than now.

“THE Empire,” as Luscious’s music company is so pointedly called in this episode, is being jeopardized by Judd Nelson’s company. (Every time I see Bender from The Breakfast Club’s face, I check him into the “Celebrities I Am So Glad Are Not Yet Dead” hotel in my brain) The war is, of course, happening because of many years of discord (100 Year War, anyone?) between the two music moguls, but PER THE USUAL  is being blamed on a woman. In this case, it’s HalleBerryHoneyBooBooKittyOFTROY, the face that launched a thousand music careers. She has betrayed the Empire because King Luscious has betrayed her by sleeping with Ex-Queen Cookie on multiple (two?) occasions. Having had enough, Halle Berry wipes off her booboos and takes her kitty over to the dark side AKA Creedmoor Entertainment.

Since we are going there, and this week they are begging us to go there,  let’s break down the name Creedmoor. Starting with the word “moor” which in a Shakespearian context was most famously used to describe Othello. A moor was a man of a darker skin tone, commonly thought of now as black or black Muslim. A Creed is a “confession, or symbol, or statement of faith.” So Creedmoor the company and the metaphor stand for “a symbol of darkness” (aka THE BAD GUY) or in an even more/moor envelope pushing identity, seeing as how Creedmoor is run by a white man, “a symbol of a dark skinned person.”  So, Empire what are we saying here?  Creedmoor is an appropriation of black symbols? Most probs. That being said, Othello was a black man in a white world, but Creedmoor seems to be a white company in a black world. Does that make Empire Iago? Wait. No. Well. Probably not. But, you see, it highlights the point that Empire isn’t looking to have its references play out in a substantial way, but rather only as a way of heightening tension, which is all it really seems to want to do.

We have Jamal, making shirtless music videos (yikes) and still not getting his father’s acceptance. Then there is Hakeem, who is caught between loving the greatest supermodel of all time and a one-octave singer with the bounciest curls this side of Arby’s . Not to mention, Cookie, who was played for laughs this time around, getting so wasted off of sizzurp/moonshine that she had to be picked up off the street (only in the next scene to be COMPLETELY SOBER). And lastly Andre. That’s right. I remember his name cause this week was all his. Off his meds and off his rocker, Andre gave us full “is he on his Bluetooth…oh no, he’s talking to himself” REALNESS. Of all the sons, Andre, even in full shaved head Britney Spears mode, is the obvious choice for heir to the throne IMHO. He is handsome, intelligent, and most importantly invested solely in seeing that his father’s company does well.  But now that everyone has seen him spaz out on some basketballs even Lady Macbecky can’t save him. All in all, Empire likes is drama at break neck speed and its story static. It is constantly looking for a way to rationalize the next bit of drama they throw each character’s way, but never looking to deepen the character’s outlook on the world through it.

Which brings me back to HalleBerryHallelujahHelenMirrenofTroy. At the beginning of this episode, as she is leaving Luscious, she says she’s “not a treacherous person” but Luscious made her this way. Sorry, HoneyHalleHelen, that’s a cop out. We’ve been watching you beg, borrow, and steal from the jump. You know what though, I don’t blame you and I don’t blame Luscious either. I blame the show’s insatiable need for drama at the cost of any investment in its people.

I think Empire is better than this. I think most of the performances coupled with intelligent and often hilarious writing could lend itself to a slower burn, a more justified build, a layering of complexity and depth that audiences would actually invest in, if only the show would let them.  Obviously,  audiences are investing by the boatload. The shows numbers continue to grow along with its fan base (of which they can count me a part). But since this is a show about family and family is often most critical of each other I feel the need to let my Wednesday family know that after this epic, fast paced, drama filled first season, I hope you, Empire, can slow yourself down, let your characters catch up to your story, your references catch up to your plot, and your family catch up to each other. Because as Henry V once famously said: “Let us swear. That you are worth your breeding, which I doubt not.” 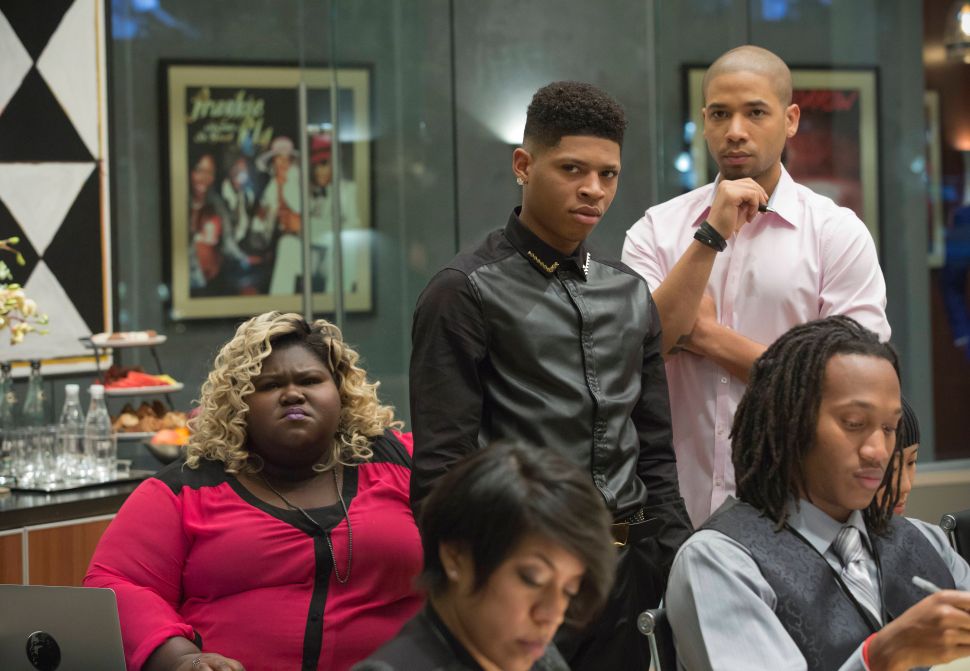