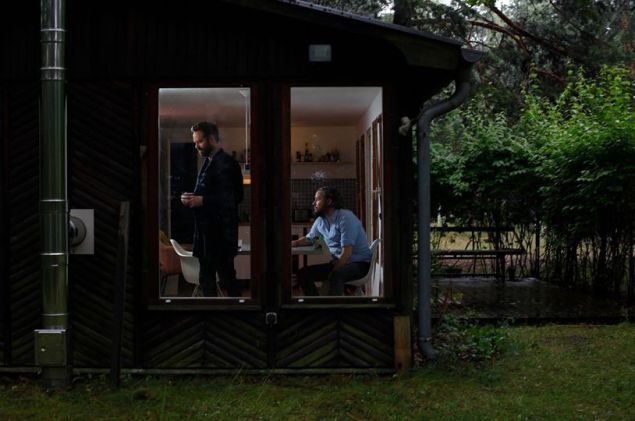 Dustin O’Halloran and Adam Wiltzie of A Winged Victory for the Sullen.

A Winged Victory for the Sullen’s Dustin O’Halloran and Adam Wiltzie were already in their mid-30s when the producer Francesco Donatello introduced them at a Sparklehorse show in Bologna, Italy. This was May 2007, over a decade into their celebrated careers, but the truth is they’ve been allies their entire lives.

“We were both daydreamers as teenagers,” O’Halloran says via phone from his home in Berlin. “Everything we’ve always searched for led us here.”

In the strictest terms, O’Halloran is discussing the drone-classical act’s internal dynamics ahead of a 10-show U.S. tour that will take them from Boston to Los Angeles. (Winged Victory perform with a string trio at Le Poisson Rouge on Tuesday evening.) In a broader sense, though, the composer highlights a destination the two reached after decades of living similar lives apart, working in related yet distinct mediums, pining for foreign climes.

“Neither of us wanted to live a normal, pre-fabricated life,” he says. “I think Adam and I would’ve been friends back in the day.”

Though O’Halloran and Wiltzie now perform more regularly in the historic cathedrals and theaters of their adopted Europe, the two separately cut their teeth in the DIY, Get in the Van mold familiar to any musician who’s toured America’s endless highway system for little money and less sleep. In the ’90s, O’Halloran played with the dream-pop band Devics in his native Los Angeles, while Wiltzie lived in Austin and served as one half of the vaunted ambient act Stars of the Lid. Both moved to Europe around the turn of the century—O’Halloran to a farmhouse in Italy, where he’d make the two solo piano records that led to his involvement in Sofia Coppola’s Marie Antoinette (and his breakthrough as a film composer), and Wiltzie to Brussels.

“I didn’t really know what was going to happen,” Wiltzie says, “but I found that the slow, dark cloud hanging over Belgium worked for me. Everywhere I go, a thousand years of history stares me in the face and calms me down. I love it.”

The friends’ self-titled debut was released in 2011, following two-and-a-half years of experimenting with ways to mesh and expand their distinctive styles. O’Halloran is foremost a pianist in the minimalist lineage of Arvo Pärt and Éric Satie, while Wiltzie has inspired countless acolytes through the years with his slow and elegant washes of guitar—if Rothko paintings have a sound, Wiltzie comes close to emulating it. Rather than crudely merge the two modes, however, O’Halloran and Wiltzie pushed themselves to create something greater than the sum of its parts. Like the line-drawn nude on its cover, Winged Victory’s debut is subtle and gorgeous, a nourishing collection of droning hymns with song titles to match: Yes, conveying music’s ephemeral blessings is hard, but titles such as “Steep Hills of Vicodin Tears,” “A Symphony Pathetique,” and “All Farewells are Sudden” at least loosely befit the album’s immersive listening experience.

A few years ago, Winged Victory caught the attention of London Royal Ballet choreographer Wayne McGregor, which led to O’Halloran and Wiltzie scoring Atomos, an evocative dance piece that wrestles with, as The Quietus’ Tristan Bath put it, “the ruthlessly logical meticulousness of atomic nature.” The process was demanding: Where the debut was written at a leisurely pace with no specific aim, Atomos required producing 70 minutes of music in a strict four months. In terms of direction, O’Halloran and Wiltzie received little more from McGregor than a dossier of images, videos and trippy rhetorical questions—What if you went through a black hole and came out the other side? What are the limits of your musical universe?—an experience the duo ultimately found liberating.

“We didn’t really have time to second guess ourselves or be precious about anything,” Wiltzie says. “It taught us to trust ourselves and let go.”

The duo were similarly empowered by McGregor’s trust. “Wayne is such a great collaborator,” O’Halloran says. “He doesn’t get inside your process, but he brings you things that inspire and stretch you. Those sort of people just lift you up.”

The conceit worked: Atomos’ 11 songs succeed easily outside the context of McGregor’s choreography, seeing O’Halloran and Wiltzie explore a more textured and rhythmic vision for their work than heard on the debut. O’Halloran says making Atomos answered the looming question of whether the duo would continue making records together—that A Winged Victory for the Sullen is more than a side project for two otherwise successful composers that have no trouble getting work elsewhere.

IMDB them and you’ll get my drift: Among many other films, Wiltzie’s work was used in The Theory of Everything and the 2014 iteration of Godzilla, while O’Halloran has scored more than 10 films and the TV series Transparent—work that is probably more lucrative than scoring for live dance or making drone records with your friends. Still, O’Halloran and Wiltzie say their collaboration engenders a deeper sort of value that can’t be quantified.

“The compromises Adam and I make for each other are rewarded by something that neither of us could create,” O’Halloran says. “I’m gaining a part of my music that didn’t exist before, so I never feel like I’m losing time from my own projects. I’m learning more and exploring new worlds, and ultimately that’s the musical journey that you want to be on.” 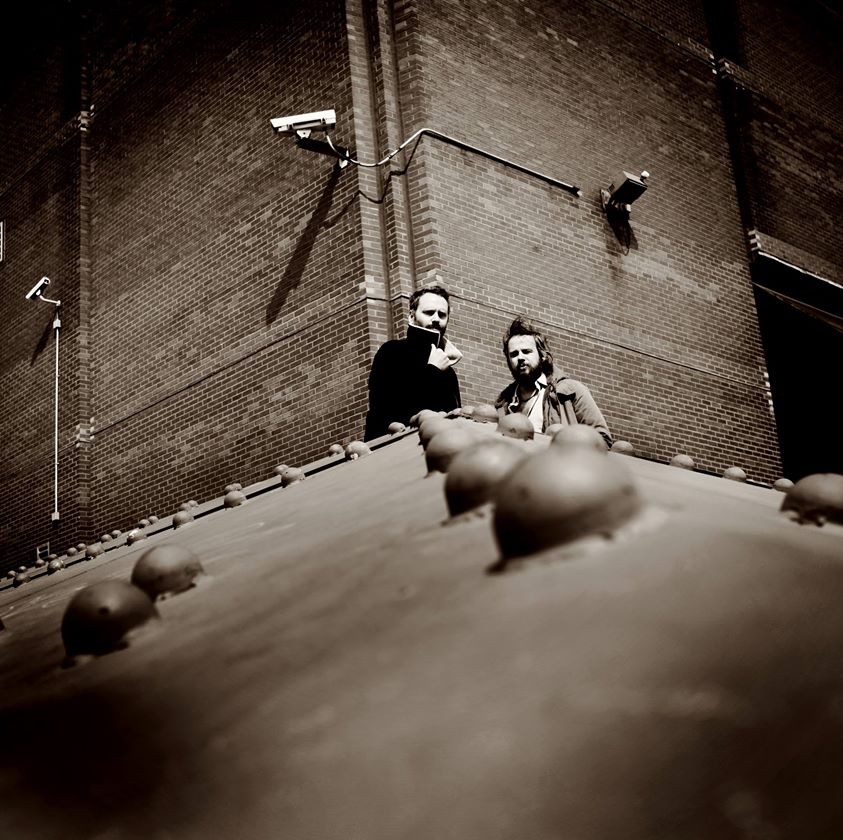 Filed Under: Music, Music, drone, band, experimental, a winged victory for the sullen