Hacktivists wreak havoc on all sorts of targets, for all sorts of reasons—social justice, revenge, bravado, boredom, laughs. For Bitcoin Baron, it’s hard to tell.

At first he was part of Anonymous, and the rambunctious vigilante blackhat was downing gaming sites and making videos taunting the FBI. But now he’s been floating from small city to small city, skimming local news headlines and finding instances of possible police brutality. When he finds something worthy of outrage, he takes down the local websites with a DDoS attack and makes a video scolding the municipality—small fish, but worthy targets in his eyes.

Now, he’s started asking for cash. In his latest conquest against the town of Moore, Oklahoma—a town that refused to file charges after a local man died in police custody—the Baron threatened to keep city sites down for a ransom of 100 bitcoins:

That ransom comes out to about $28,000 at time of writing, which is a pretty meager sum compared to what it costs to just hire a service like CloudFlare to divert the attack. The site is back up already, but the Baron claims to have taken personal information off of city servers, and is threatening to publish it.

The Baron doesn’t exactly have a spotless record of picking the right targets. Earlier this month, Bitcoin Baron downed the city and police websites for San Marcos, Texas in retribution for the brutality of an officer named James Palermo. He said he’d keep the sites down as long as Palermo was in prison. The only trouble with that is that Palermo already is.

We spoke to Bitcoin Barron briefly over a messenger. Here is that conversation, lightly edited for brevity and punctuation:

So what’s the guiding principle for who you’re going after here?

Mostly? Is there anything else you’ll pursue?

Hmmm, I would say corrupt officials as well if I get a hold of anything that’s got something to do with citizens in the crosshairs of bad.

It used to be that you just gaming sites and made videos to taunt the FBI. What changed?

I’ve actually gone after both, but when I left anonymous I deleted the videos of TangoDowns. For example the Tamir Rice one.

Why did you leave Anonymous?

I left Anonymous because I just got sick of all the kids in it playing around. I can’t fully remember how many OPs I’ve been in. One [opp I was involved in was] #OPHongKong. That’s all I can really remember.

Because most wasn’t taking it seriously and that angered me thus resulting in me leaving.

So the targets—why small municipalities, small towns and singular offenses, like Madison and Moore? Surely there are bigger fish to fry…

I’m going after those that I find in news articles that do wrong really. If I find a bigger target government, I will go after that. It’s mostly just police abusing innocent though which is mostly these small time sites, etc…

http://t.co/vc8XmdmPrp #Offline. Will try to keep it offline for awhile. pic.twitter.com/D7FDQ50I6H

What about when Vocativ called you out for a false target, the one in Texas? Any regret there?

Yes, I didn’t realize that he was already in jail. I just recently found that out. I actually never contacted them to apologize.

Just anything I can find really that’s got something to do with innocent citizens in the crosshairs of police.

Your demand on Moore was 100 BTC. If your mission is justice, why ransom? Why not demand new law, or public apologies? Handing you cash surely doesn’t solve anything.

Really it was to show them that it wasn’t that hard to get into their system and obtain information. They need to secure the info of all.

And if they can’t? If they don’t have the support, the money, the expertise…?

They need to request it from their state then, as all citizens and personnel need to have their information secured. 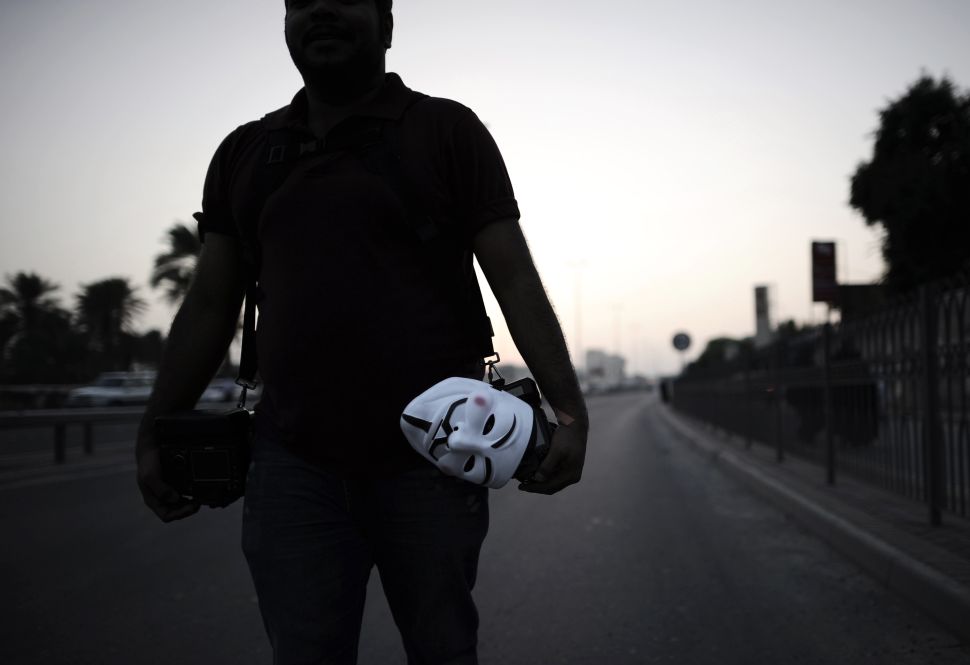