The Observer has a new art fair week tradition. Any time we run into Armory Show director Noah Horowitz we ask him for his unofficial soundtrack of the week.

In Miami, when we caught up with Mr. Horowitz touring NADA Miami Beach, he was jamming to the sounds of Tame Impala. And Thursday, as collectors whizzed by at the VIP preview for the Armory Show, we grabbed the director by the snack bar to ask what album was keeping him going during his biggest week of the year.

“I don’t have one right now,” he said, before quickly saying, “Actually, yes I do! Father John Misty.”

For those unfamiliar, Father John Misty (Joshua Tillman) is a folk singer and songwriter, and former member of the Grammy-nominated Indie band Fleet Foxes. He just released a new album called I Love You, Honeybear, filled primarily with love songs, which he performed to an adoring audience on Valentine’s Day at the Bowery Ballroom.

And so, let the love songs of Father John Misty power us through this snowy Armory Arts Week. 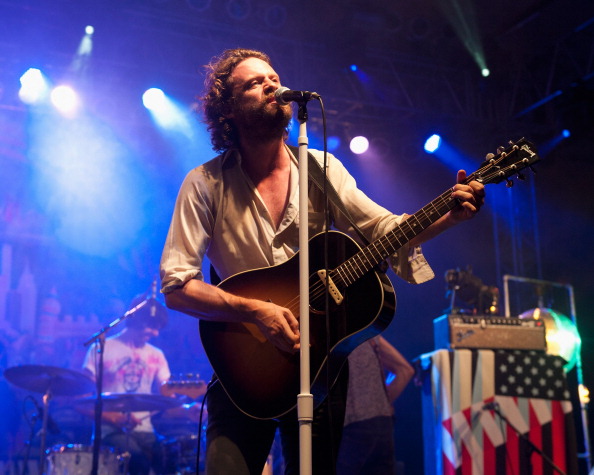