It’s an early Monday morning in Los Angeles and Fall Out Boy’s Pete Wentz is in the backyard of his home reminiscing about running into the teenage boys that make up Five Seconds of Summer at a recent party. “It was kind of crazy,” Wentz explains of the young Australian band. “In relation to them, we feel like elder statesmen.”

Ten years ago, Wentz and his Fall Out Boy bandmates were arguably in the same place that Five Seconds of Summer are now—young party animals riding a wave of success and teen admiration. For Fall Out Boy, that notoriety came as a result of their breakout 2005 album From Under The Cork Tree, which spawned the smash hit single “Sugar, We’re Going Down” and turned the Chicago punk quartet into irreverent MTV darlings during the heyday of afternoon mainstay Total Request Live. Ten years and some ups and downs later, Wentz and his bandmates—including singer Patrick Stump, guitarist Joe Trohman and drummer Andy Hurley—are enjoying renewed success thanks to their latest album, American Beauty/American Psycho, which was released in January and contains the hit single “Centuries.”

“It’s really hard to have staying power in pop culture,” explains Wentz, who has seen countless mainstream punk contemporaries either fade away (Good Charlotte, All American Rejects) or feud (Blink-182). “You’re only as good as your last song and your last album. On pop radio right now, there’s maybe one and a half actual bands,” he says, noting the transformed sound of Top 40 radio. “There’s not a lot of room.”

As a result of the current pop landscape, and with the odds stacked against them, Fall Out Boy revamped their sound.

“We wanted to remind people what they loved about Fall Out Boy while still keeping our spirit,” says Wentz. “It wouldn’t make sense if we didn’t adapt.” The fruits of their adaptation led the band to create an entirely new sound, stemming from their 2013 album Save Rock and Roll, made up of anthemic rock coupled with sampling, an art typically only seen in the worlds of rap or EDM.

“Our sonic change made sense,” he explains. “It created this bizarre little spot for us. At first we had this strange idea to sample ourselves. Then the idea was to create a sample-driven album.” The fruits of that labor turned “Centuries” into a pulsating rock anthem that has become an arena staple as a result. Deadpans Wentz, “‘Centuries’ is played at sporting events now, which is interesting because we’re not the sportiest band.”

In talking about Fall Out Boy’s trajectory and new sound, Wentz uses the words “bizarre” and “strange” a lot and it’s easy to see why. For one, their penchant for sampling ranges the gamut, from a rerecorded clip of 1981 acapella track “Tom’s Diner,” to the funky theme song to ’60s sitcom The Munsters.

The band also found themselves in a curious spot this past December when playing at Jingle Balls across the country. The concert review, which assembles the biggest acts in Top 40 radio, found Fall Out Boy on the same bill as acts like Meghan Trainor who, at 20 years old, was only 5 when the band was picking up steam back in Chicago. “It’s great that we’re still able to tour around the world and be on the radio, but it can be a little strange,” he says, using that adjective again. “We’re on a bit of an island. Last summer we did a summer tour with Paramore and that made sense, but it’s hard to find acts to perform with. We feel like a fish out of .”

Perhaps being a fish of is exactly where Fall Out Boy wants to be, especially considering that “Centuries” is their first Top 10 single since 2007. “Your legacy as an artist is defined by how long you last,” he says. “Compared to previous years, this time around we’ve been more prepared as human beings (for success). We feel very lucky to get a second time around.” 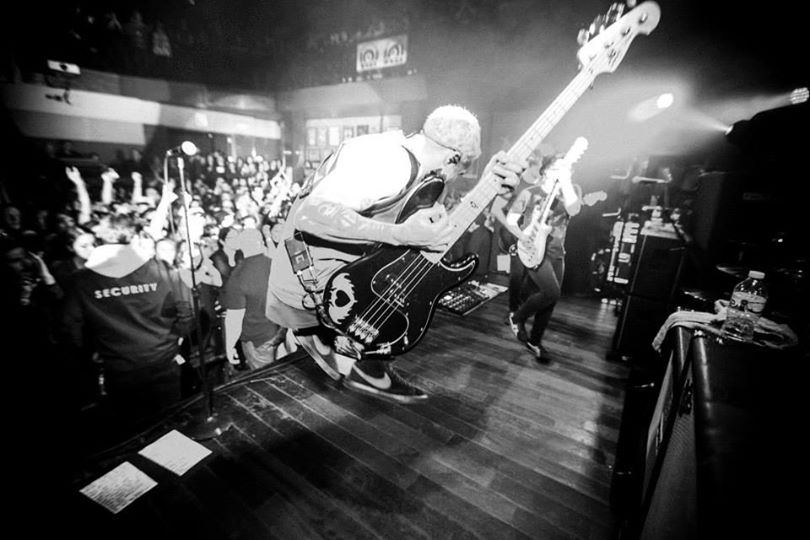