Cleverness and riffs go together like goat cheese and beets. They’re a gorgeous little snooze, precious little news with little you can use. If, like me, you’d forgotten why riffs have to be clever, as opposed to killer or stellar, you might want to consider the beetroot risotto at Little Park, Andrew Carmellini’s latest restaurant in Tribeca.

Hell, you’ll probably want to reevaluate your relationship with many things after eating at the four-month-old dining room attached to the Smyth, a property so unintrusive it’s our own neutral milk hotel. As sunlight streams through the windows during brunch, you might ask yourself, Why don’t my kids wear Canada Goose jackets, sit quietly with perfectly coiffed flaxen hair and use pleasingly weighted silverware?

Mostly, though, it’s that beetroot risotto ($16) that will get you thinking. It isn’t the only triumph of chef de cuisine Min Kong, but it is perhaps her most striking dish: a carmine explosion with flavors at Frank Gehry levels of carefully balanced chaos. My questions aren’t bent towards the how or why of the dish. Those answers are easy: The addition of port wine and beet juice add stop-sign color; the introduction of both confit and grated beets as well as masterful skill in grain preparation ensure delightful texture; the earthiness of beets laying down a funky bass line as the creamy tang of goat cheese and splash of sherry vinegar add treble. No, I wondered why it is we think this is a clever riff at all. To me, it’s just a dish done really well and quite intelligently.

There are plenty of those on Mr. Carmellini’s menu at Little Park, and many involve tubers. If earth-flavored roots are the bass, Mr. Carmellini is Meghan Trainor. For a farm-to-table-y restaurant, winter is a drag. But the menu at Little Park, which opened in November, takes roots, bloated with stored carbs for the long freeze, and turns them into remarkable entrées.

The most appealing sections, and not simply because I’ve mostly foresworn meat products, are the winter vegetables and the pasta and whole grains, precisely because they afford the chef to work his subterranean magic. Carrots in their myriad forms—raw, cooked, pickled and made custard—are showcased in an heirloom salad. The unloved sunchoke makes a bid for its own redemption as a meaty, roasted leading man: sweet not cloying, hard on the outside but a big softie within, secretly Jewish. A beetroot tartare ($15) is pure alchemy. Mr. Carmellini hand chops the roasted beet so it retains the pleasant meatiness of body. There are fishy fireworks of flavor in the trout roe, which pop and go, ebb and flow with the horseradish beneath the beets below. The dish is a nod to Mr. Carmellini’s Polish mother, whose kitchen air wafted with the swampy vapor of cwikla.

On the brunch menu, one of the best sandwiches—there are three—is served on swarthy pumpernickel bread and reprises the humble beet ($17). This time, the bitter comes from the bread batter, while a smoked egg, done in a wood-fired grill somewhere in the bowels of the restaurant, gets acquainted with an avocado in gamahuching mush. Classic Carmellini, this sandwich is as grounded and well balanced as a lineman in a starting crouch.

Even better is a celery root schnitzel sandwich ($17), a clever riff on a McDonald’s Filet-o-Fish, or perhaps not a clever riff at all and simply a damn good sammy. The arrangement of flavors—sweet and seedy from the sesame seed potato roll, tart and crunchy from slices of apple and acidulated brussels sprout slaw, spicy from homemade mustard and substantial from the celery root—needs no precursor nor referent. It’s an evolution gradual enough to be good without effort. It’s to be taken in stride, and this is to Mr. Carmellini’s credit. He is no quantum chef but is rather an incremental leader. Little Park flourishes precisely because its innovations appear modest and easy to grasp.

A fine example may be found in the celery root pastrami ($13), which essentially preserves the spicy-sweet-tart ménage of the lunchtime sandwich but adds pastrami spices and tiny slices of cornichons. As Marc Forgione does to a steak around the corner, Mr. Carmellini does on West Broadway to the celery root. They both make the case that the brisket is beside the point.

I don’t foresee Katz’s switching over to veggie-forward anytime soon, but if they were, the carvers would do well to visit Little Park. Here the celery root is treated exactly as if it were formerly a cow. It’s brined and cooked and smoked. Pretzel crumbs add familiar texture; pickles add the acidity. And if you notice perchance a pleasingly unctuous slick, that’s because the celery root’s been tossed in beef fat vinaigrette. That’s the way it is now, dodging and weaving, weaving and dodging, avoiding labels like a coupon clipper.

When Mr. Carmellini goes above ground, there are a few missteps. Neither of the dishes featuring butternut squash—a rather flat pairing with burrata ($17) or an overly squashed black kale ravioli ($15)—are entirely successful. They lacked the complexity and balance of the roots. But so far and largely, Little Park is a garden of earthy delights, and I can’t wait to see what springtime brings. 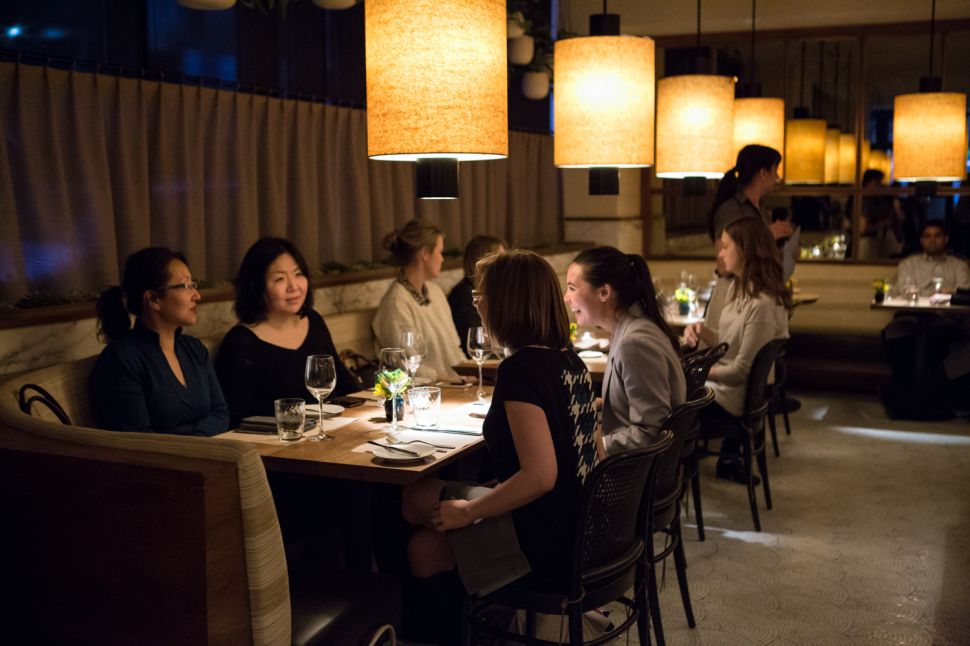