Brooklyn Councilman Vincent Gentile yesterday sought to explain and exculpate his 2002 vote against a major piece of gay rights legislation to members of a Staten Island Democratic club—who subsequently endorsed his longshot bid for Congress.

Speaking at a meeting of the Staten Island Democratic Association, Mr. Gentile fielded several questions about his 2002 vote against New York’s Sexual Orientation Non-Discrimination Act, which guaranteed gays could not be fired from their jobs or evicted from their apartments because of their sexuality. Mr. Gentile, then in the State Senate, was one of just three Democrats to oppose the successful measure—which he had previously pledged to support—but claimed last night that he had been told the proposal would contain loopholes for faith groups, and was surprised when it did not.

He noted that the vote came in a special December session, and there was no opportunity to amend it at that time.

“When it came to the floor, it was a quick vote,” he said. “We couldn’t change it at that point. The only thing I could do at that point was vote no.”

But the pol appeared to back away from that claim when another member pressed him to explain his decision.

“In retrospect, I would have voted the other way,” he said, a phrase he repeated several times.

The Democrat argued that he has repeatedly supported gay rights measures since joining the City Council in 2003.

“In my term in the City Council, you will see I have voted consistently, in a progressive manner,” he said, pointing to his recent vote in favor of a bill allowing transgender people to more easily alter their birth certificates to reflect their sexual identification. “So certainly, if you look at that record, you’ll see.”

In 2004, two years after Mr. Gentile’s vote on SONDA, lawyer Thomas Shanahan claimed to have had an affair with the politician in 1994, and told the Gay City News he was coming forward because Mr. Gentile’s had “turned his back on the community” with his vote. That news came shortly after Mr. Gentile’s former chief-of-staff John Martin accused the councilman of harassment, also in 2004. Mr. Gentile has dismissed Mr. Martin’s claims as the “frivolous and absurd” allegations of a “disgruntled” former employee, and an 11-month City Council ethics probe found no wrongdoing. 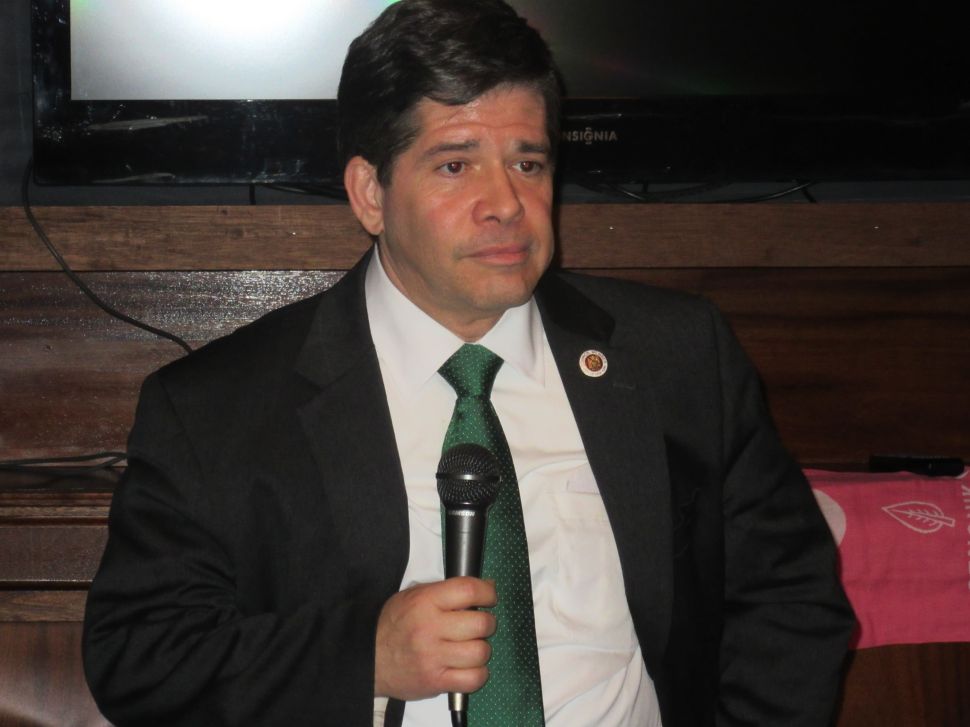