Brooklyn Councilman Vincent Gentile lashed out at his rival for Congress, Staten Island District Attorney Daniel Donovan, for what he said was his “silence” on the open letter 47 Republican Senators sent to Iran warning that the next commander-in-chief might undo the Islamic Republic’s nuclear negotiations with President Barack Obama.

Mr. Gentile—a Democrat—highlighted the Republican Mr. Donovan’s refusal to say earlier today whether he supported the decision to send the letter, which Arkansas Senator Tom Cotton wrote. The missive warned that any agreement the Middle Eastern nation reaches with Mr. Obama could be wiped out “with the stroke of a pen” after 2016.

“My opponent doesn’t say very much. Today when asked about a letter sent by his Republican comrades that was widely seen as an attempt to sabotage ongoing negotiations over Iran’s nuclear program, he was silent once again,” Mr. Gentile said in a statement to the press. “Apparently Dan Donovan is just fine with his Republican colleagues actively working to undermine the President of the United States. I find it hard to believe my opponent thinks this was a good idea.”

Mr. Gentile thus joined a chorus of Democrat decrying the Republican epistle, which they maintain was a breach of federal laws governing international diplomacy.

Mr. Donovan’s camp declined to comment. When asked about the Iran letter this morning, he instead called for bipartisan consensus on dealing with Iran’s efforts to create a nuclear bomb, which many fear the sharia state would deploy against Israel.

“I think with the situation of Iran and Israel, I think our government has to get on the same page. I think politics sometimes gets in the way of governing,” Mr. Donovan told reporters at an unrelated endorsement announcement. “And I think we should come up with a position for the United States to support Israel and to figure out what to do with Iran. But the number one goal is to make sure Iran does not become a nuclear power.”

When a reporter asked the Republican if he thought sending the letter was a good or bad idea, Mr. Donovan would not answer.

“I just said what I said,” he answered.

“When will he stand up to his party? The people of New York’s 11th Congressional District deserve an independent leader who is unafraid to stand up for what’s right, even if it means going against his own party. My opponent’s silence here is deafening,” Mr. Gentile said.

Mr. Gentile is regarded as an underdog going into the May 5 special election for the historically conservative seat, which includes all of Staten Island and just a few small fragments of Brooklyn. The district went for Republican John McCain over Mr. Obama in 2008, but was one of just a handful nationwide to swing into the president’s column in 2012. 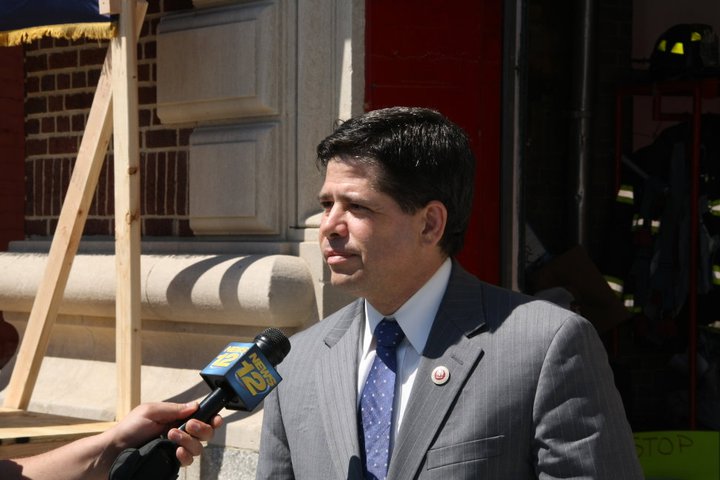