Quakers, generally speaking, are not big on ornamentation. Friends Meeting Houses are spare, their walls barren of the golden gaudiness familiar to attendees of certain other religious institutions, which decorating preference reflects the group’s emphasis on humility and distaste for idolatry. These same values, of course, are little in evidence among Manhattan’s financial elite, whose particular, warmly-embraced idolatry tends to fixate on those people and objects evincing the least humility. From time to time, these impulses are at odds. Take for example Julia and Stephen Rushmore, who wed in a Quaker ceremony at the Ritz Carlton in Half Moon Bay, California not long after buying for $6 million a three-bedroom co-op at 50 East 89th Street from the choreographer Tommy Tune.

The Times featured the couple in 2007 in a series about “the effects of the growing concentration of wealth,” in an article in which Ms. Rushmore (née Kim)–a former banker and a devotee of spiked Gucci heels–deliberated over the particulars of a $30,000 couch that would make the centerpiece of Mr. Tune’s former abode, which the Rushmores put through an opulent renovation before returning it to market in 2013 for $14 million. (Ms. Rushmore was focusing full time on the renovation; Mr. Rushmore, according to his Linkedin profile, is the “Founder of HVS–the Global Hotel Consulting Firm that Literally ‘Wrote the Book’ on Hotel Valuations.”)

Last listed with Louise Beit, of Sotheby’s International Realty, the apartment just sold to Eric and Sandra Krasnoff, according to city records, for way, way under the asking price–just $8.25 million. Well, the Lord gave and the Lord hath taken away, kind of. Okay, maybe not. But the Krasnoffs sure did get a good deal!

The duplex penthouse has outrageous views of Central Park, the reservoir and the Midtown skyline. The living/dining room has 12-foot ceilings, a wood burning fireplace and–again–fantastic views. Mr. and Ms. Krasnoff will also get to enjoy all the usual luxury fixings: landscaped wrap terrace, marble master bath and Boffi kitchen. You know, all those things that help a body stay grounded. 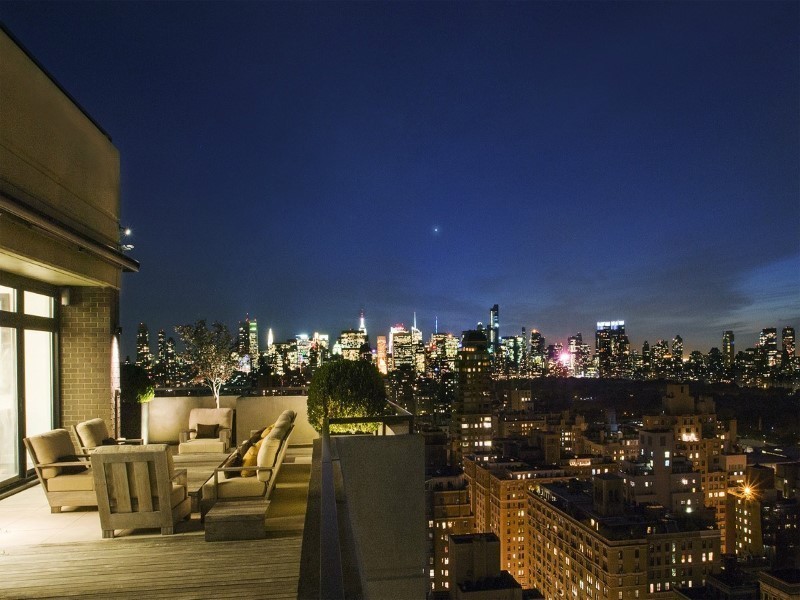