“It is outrageous that weeks in advance of a grand jury indictment, a leak is announced and apparently confirmed that charges will be brought against a sitting senator,” Hayden said. “Whether the public official is Republican, Democrat or Independent, it is wrong to announce in advance that charges will be filed even if it is done through an anonymous official. federal

“A person should not have to defend criminal allegations until they are filed otherwise it’s Kafkaesque.”

According to the New York Times, a law enforcement official said on Friday that within a month the feds would file charges against Menendez, alleging that he accepted “gifts and lavish vacations in exchange for political favors for a longtime friend and political benefactor.”

Menendez denied the reported charges on Friday in strong terms.

A fellow U.S. Senator on the other side of the aisle, U.S. Sen. Ted Cruz (R-TX) on Saturday told reporters that he believed the leak to be politically motivated and payback against Menendez for speaking out against President Barack Obama’s policy in the Middle East.

For that story, go here. 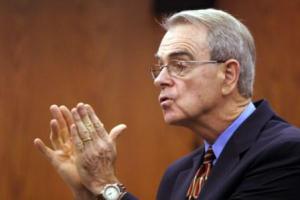