As the 2016 presidential primary season approaches two narratives have begun to emerge around Hillary Clinton. One is that she is almost certain to her party’s nomination for president.  In the The New York Times, Nate Cohn argues that Ms. Clinton is in a much stronger position now than she was eight years ago, when she was also the early frontrunner: “No candidate, excluding incumbent presidents, has ever fared so well in the early primary polls as Mrs. Clinton. She holds about 60 percent of the vote of Democratic voters, a tally dwarfing the 40 percent she held this time in the last election cycle.” As Cohn adds, further evidence of Ms. Clinton’s strength is that “not a single sitting senator, governor or vice president has declared a run.”

The second narrative suggests that Ms. Clinton has a problem among progressive Democratic voters, who view her as too conservative on foreign policy or economic issues. Many of these progressives hope to draft Elizabeth Warren to run for President, an effort that has recently been joined by the Working Families Party in New York. However, despite grumblings on the left, there is little evidence to suggest that, at this moment, Ms. Clinton would be vulnerable to a progressive challenge. Some polls have indicated that among self-identified progressives Ms. Clinton trails Ms. Warren, but supporters of Ms. Warren would be foolish to interpret that data too optimistically. Ms. Clinton remains the strong (and well-funded) frontrunner, despite misgivings among some progressives.

Although it is extremely unlikely that Hillary Clinton could lose to Elizabeth Warren or any other progressive challenger in the nominating campaign, Ms. Clinton will be a much stronger candidate if she can increase her popularity among her Party’s activist base. That support, while perhaps not necessary in an non-competitive primary is critical in November, when voter enthusiasm could determine the outcome of a general election.

Additionally, as the waft of inevitability around Ms. Clinton becomes even more acute with every passing week, she may leave herself vulnerable to any bump during the primary process. If Martin O’Malley, Jim Webb, Bernie Sanders or any of the other candidates who might run against Ms. Clinton finish a respectable second with even 25-35 percent of the vote in either Iowa or New Hampshire, for example, it could tarnish Ms. Clinton and restart the narrative that she does not have support among the Democratic base.

Because of her big lead and lack of any strong opponents, Ms. Clinton should address the enthusiasm gap among progressives. She can do this by borrowing a trick from her husband. More than twenty years ago, Bill Clinton, when running for President the first time, spoke to the Rainbow Coalition convention and used that platform to criticize Sister Souljah, an African American rapper who had recently spoken out about the possibility of African Americans using violence in the wake of the acquittal of the Los Angeles police who had been caught on video beating Rodney King. Mr. Clinton’s remarks became known as his Sister Souljah moment, a phrase now used to describe the tactic a politician publicly distancing him or herself from their party’s base to appear more centrist.

Hillary Clinton has spent so much time distancing herself from both President Obama and the activist base of the Democratic Party, that she now needs a reverse Sister Souljah moment. Ms. Clinton would benefit greatly from taking a strong stance on an issue, any issue, that resonates deeply with the left wing base of the Democratic Party. This could include a staunch defense of President Obama, a visible, and believable, statement of concern about something like income inequality.

For Ms. Clinton, the key would be to do this in a way that seems authentic rather than contrived. Ms. Clinton confronted the latter problem when at a rally shortly before last year’s midterm elections she said “Don’t let anybody tell you that corporations and businesses create jobs,” only to try to defang that populist assertion a few days later. “I short-handed this point the other day, so let me be absolutely clear about what I’ve been saying for a couple of decades. Our economy grows when businesses and entrepreneurs create good-paying jobs here in America and workers and families are empowered to build from the bottom up and the middle out,” a view with which Jeb Bush or Scott Walker would probably agree.

Ms. Clinton may have a tough race in the general election, and would be in a much stronger position if she had a unified Democratic Party behind her.

Why Elizabeth Warren Would Lose To Hillary 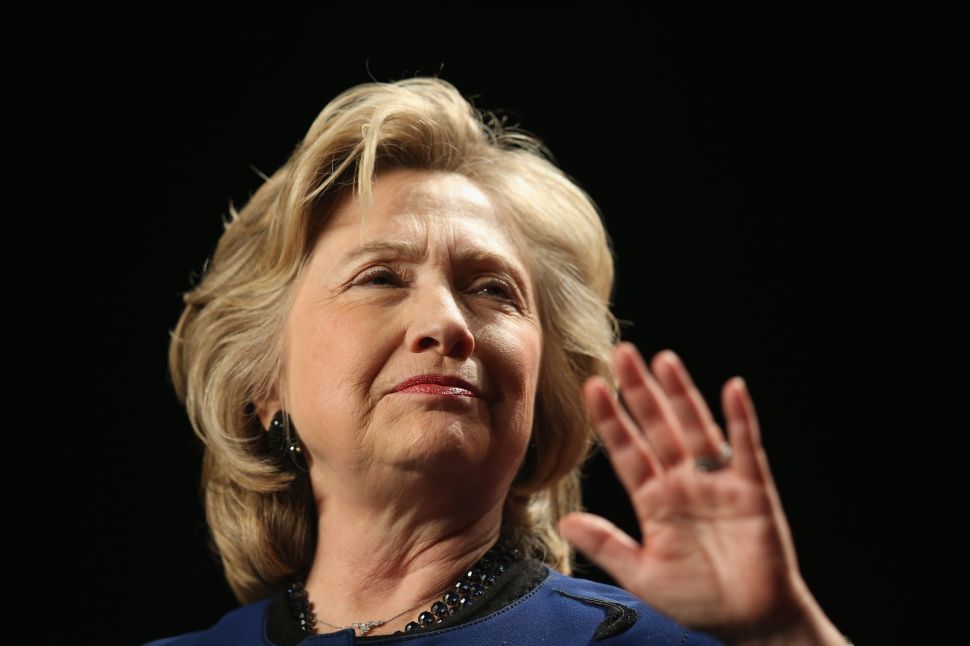