Ms. Chin, who represents Chinatown, hit the African-American Ms. Cumbo for claiming during a Council hearing yesterday that the New York City Housing Authority was allowing large numbers of non-English-speaking Asians into two of its developments to the apparent exclusion of other groups. The Hong Kong native also criticized Ms. Cumbo’s later suggestion to the New York Post that the city house people “by culture.”

“I am troubled by Council Member Cumbo’s recent comments regarding Asian-Americans who live in public housing within her district, as well as her comments about ‘housing people by culture,'” Ms. Cumbo said, adding that she personally respected her colleague despite the remarks. “I’m concerned about the potentially negative impact that her comments could have on Asian-American residents in her district.”

Ms. Chin, a leader in the Council’s dominant Progressive Caucus, said that Ms Cumbo’s statements had violated the duty of politicians to act as a unifying force in their districts.

“This is New York City, after all, and it is our responsibility as Council members to do everything in our power to bring our constituents together,” she said, adding that she had since offered to help Ms. Cumbo with outreach to Asian-American residents. “I hope to work with her office to arrange meetings or forums that will help her build stronger relationships with her Asian-American constituents. I look forward to speaking with her further about that.”

Ms. Cumbo did notimmediately respond to requests for comment. Her remarks yesterday were posed as a question to NYCHA Chairwoman and Chief Executive Shola Olatoye, and the councilwoman stressed that “we love” the new Asian residents of the public housing buildings in her district, even as she questioned why there were so many of them.

“We want to understand, what the tenants want to understand is how is it—because the way they’re understanding it is that people from all ethnicities could be moving into the district, but that’s not actually the case,” she said. “They are having challenges in terms of understanding how one particular ethnic group, that speaks the same language across the board—I know that there are many different languages and many different dialects—but how is it that one specific ethnic group, has had the opportunity to move into a development in large numbers.”

Ms. Cumbo later released a statement stressing that her purpose was only to find out if NYCHA was giving Asian-Americans a  “cultural preference priority,” and apologized for hurt feelings.

“It was not my intention to offend the Asian community or any other cultural group that calls NYCHA home,” she said.

Queens Congresswoman Grace Meng, another Chinese-American, also criticized Ms. Cumbo on her personal Facebook page, on which she linked an article about the Brooklyn councilwoman’s statements.

“There are more effective and respectful ways to address the shortage of affordable housing and helping those in need regardless of the color of their skin or where they have come from,” Ms. Meng wrote.

The congresswoman expanded upon her comments in a press statement sent Friday night, noting that many Asian-Americans live in poverty despite “model minority” stereotypes. She singled out Ms. Cumbo’s comments about potentially distributing housing along ethnic lines for special opprobrium.

“The diverse mosaic of our city—and all the different cultures living together—is what makes it so great, and gives it its strength. That should never be tampered with, and segregating Asian Americans or any other ethnicity must never, ever occur,” she wrote.

“The latest comments by Ms. Cumbo raises clear red flags for me as I am still unclear of her intentions behind her questions,” he said in a statement to the press sent over the weekend. “I encourage Council Member Cumbo to stop making excuses and apologize to all New Yorkers for her ignorant comments. She keeps digging a bigger hole for herself and creating a divide between communities in her district and in our city.”

Updated to include comment by Mr. Kim, and Ms. Meng’s follow-up remarks. 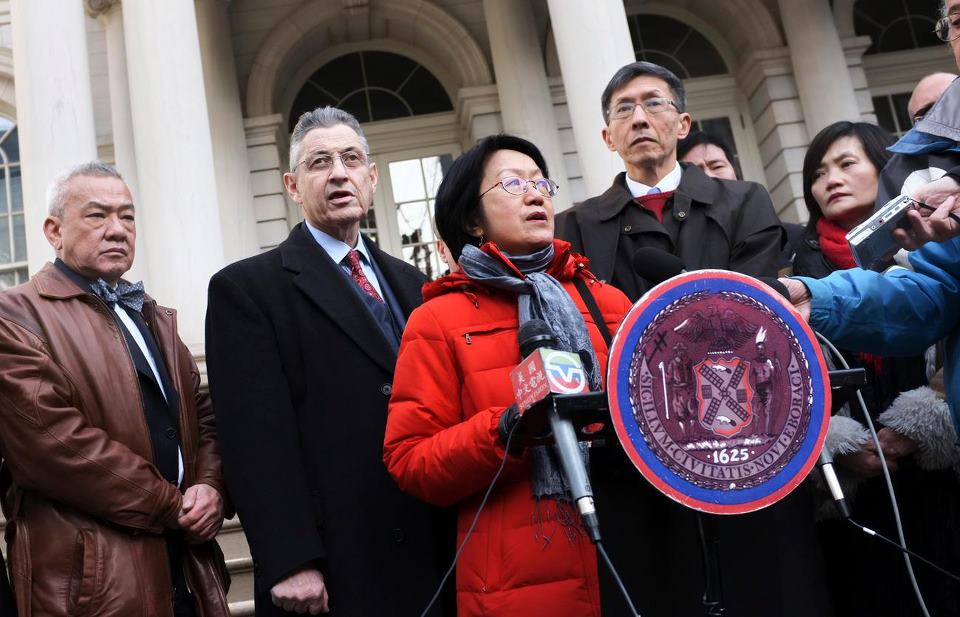