Unlike many celebrity chefs, Eric Ripert, co-owner of Le Bernardin and host of the Cooking Channel series Avec Eric, still spends much of his week cooking. But you would not know that from his spotless, pressed chefs’ whites and his relaxed demeanor, which is as composed as the Flash Marinated Hamachi from his menu. During a recent conversation in his “bunker,” a room in Le Bernardin’s basement lined with shelves of cookbooks and dry erase boards reading “New Winter Ideas,” Mr. Ripert revealed his secret recipe to remain calm under fire.

But if you do lose it, what do you do? We apologize in front of all of the staff for our behavior. We say, “Look, you were on the fish. It was a frustration because you burn it three times in a row. And I flipped. I totally apologize for that.” It is my weakness to be mad.

Chefs are not exactly known as Zen. Can Buddhism help chefs chill out? Buddhism works for me and has changed me. The change started 20 years ago. Any major religion does that if you follow the guidelines. We all talk about the same compassion and peace. They all have the same function of helping you to potentially become enlightened. However, in the chef community, most are not religious.

What meal would you would serve Buddha? Very often I visualize the Buddha under the tree where he got enlightened. I visualize that moment and I am bringing to him rice or a bowl of or flowers. I never visualize myself bringing coq au vin or cod.

Has being a father changed your interaction with staff? No. Because, basically my son does not listen to anything I say! Actually, it is relaxing for me to come to the kitchen because at least [my staff] say, “Yes, Chef.”

I hate Tilapia. It is this mushy, tasteless fish that most Americans now think of as fish. It is my pet peeve about America. It is my pet peeve about fish. It infuriates me. Do you share my rage? Tilapia comes from the lakes in Africa. It is farm-raised very cheaply which means high-yield, which means the fish is compacted together [and fed] very cheap food, which means that ultimately it is going to taste bad. Tilapia is a fish to make money Tilapia to me is like greed from the farmer.

How does someone manage 20 restaurants? I just think the quality must weaken. I disagree. In a town, there is a Daniel, a Nobu, a Jean-Georges and 30 other restaurants. If I go to the Nobu, a Daniel, a Jean-Georges restaurant, I know that I am going to eat well. It may not be the same as the original, but it is a certain guarantee that it is not going to be a total nightmare. And those chefs have been good at duplicating themselves and also are happy to do that. I think that if they were in my position, they would shoot themselves. Me, the restaurant responsibilities that they have will kill me. And my inaction would kill them.

Rather than a French one? I think so. I don’t know any French person who is feeling guilty about …

Eating a Snickers bar? I don’t eat junk food, but if I am eating junk food, I am enjoying my junk food. 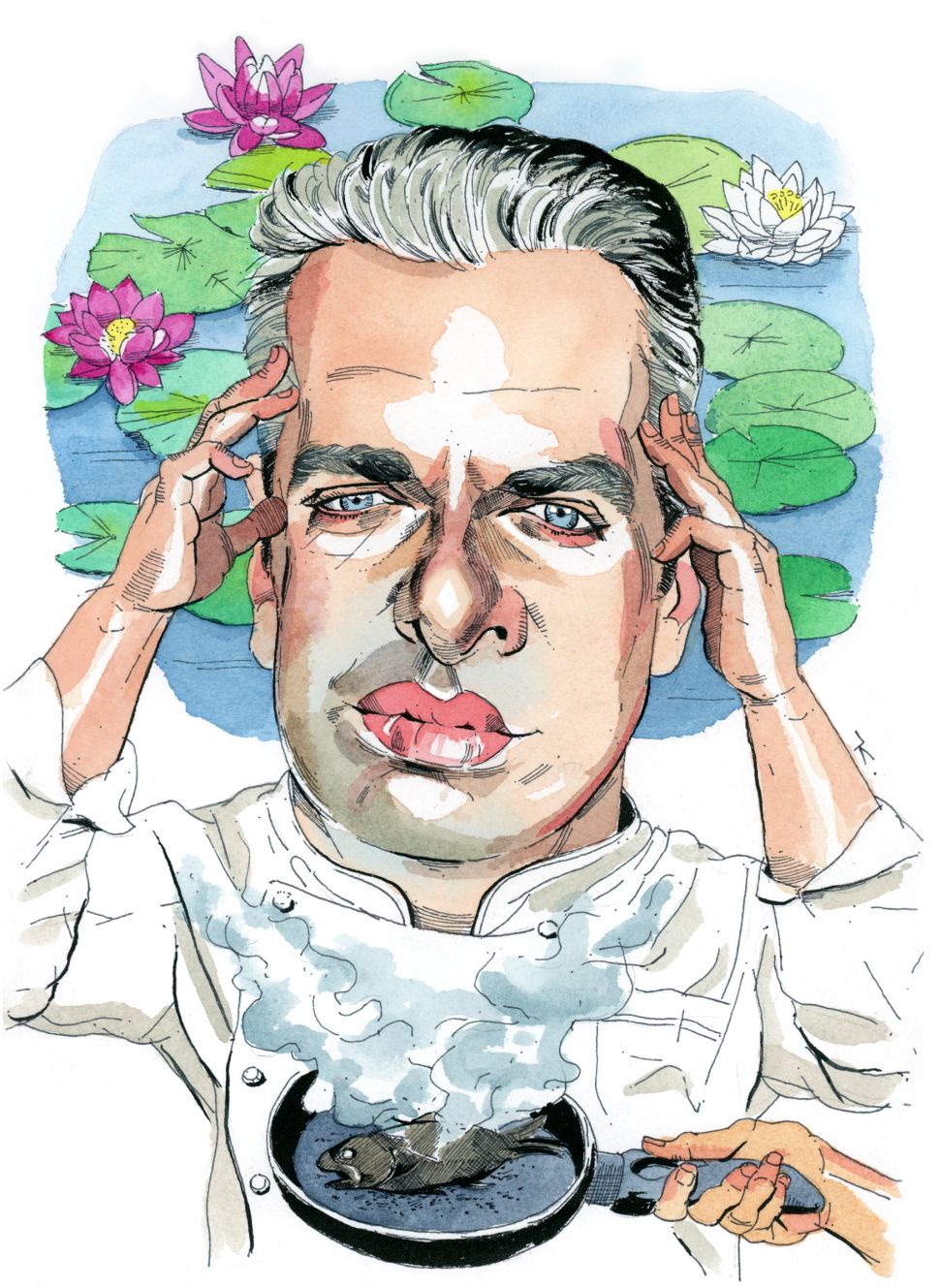