Going into Bates Motel’s third season premiere I only knew two things about the show. 1) It’s a Psycho prequel* but everyone uses iPhones and stuff, so I guess Psycho actually takes place in the super future–which doesn’t explain why Norman Bates stabs Marion Crane in the shower with a knife and not a light saber, buuuut I digress; and 2) it’s “Twin Peaks-y.”

So after some quick-ipedia-ing of the first two seasons, I settled in and watched “A Death in the Family” and let me tell you, it’s not Twin Peaks-y. Actually, let me be straight, ain’t no show Twin Peaks-y but Twin Peaks. If you think I mean that as a compliment, read these. Read them all and despair for my sanity. But just because a show is set in a small town surrounded by trees does not make it anything like Twin Peaks. Just because some people in that town sell drugs and others occasionally kill people (and occasionally, both!) does not make something like Twin Peaks. (Ed note: For definition of “Twin Peaks-y” see this.)

Let me be clear: this is a good thing, that Bates Motel actually has it’s own good little mood going on and not a weird Twin Peaks meets True Blood thing, something that was described to me by someone who obviously wants me to launch myself out a window. I like the dynamic between Vera Farmiga’s Norma and Freddie Highmore’s Norman so much. Their relationship is the driving force of this episode, and it’s a portrayal of familial toxic symbiosis done right. We all know Norman needs Norma, so much so that one day he’ll keep her remains around in a rocking chair. But what this show highlights so wonderfully is that Norma, in that twisted Bates way, needs Norman just as much. She’ll tell him that 18 is too old to sleep in your mother’s bed, but in her weakest moment–after finding out about her mother’s death– she appears to be the child in need of comfort: she welcomes Norman back to cuddle, even if it’s only for “one night.”

We know where this all goes. Psycho the movie looms in the future much like the Bates house itself does on the hilltop. Bates Motel falls in the same pit that most “origin stories” do — why tell a story if everyone knows the ending? Do we need to hang out with baby Bruce, if we already know that post-puberty he dons the much more entertaining title of Batman? The answers to this problem of all origin stories is somehow making the WHY just as entertaining as the WHAT, a solution that is employed to varying degrees of success across the board (and networks).

Bates Motel manages to mix a weird sense of dark incest-tinged violence and lighthearted absurdity to make Norman Bates’ transformation into Norman motherfuckin’ wig-wearin’ shower-stabbin’ Bates something to tune into, and only the second thing I’ve ever called incest-tinged in a positive way. I’ve also noticed it’s a pretty sweet example of How to Act Like a Teenage Psychopath 101, a course that unfortunately was not offered at my alma mater but totally would’ve been my easy A.

But LUCKILY, you have me. Here you are, how to become a psycho, as taught by Bates Motel: 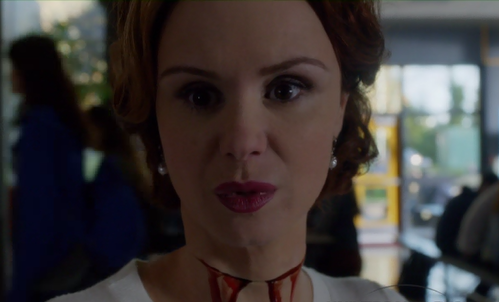 Which, okay, pretty rough stuff but it adds a whole new depth to fucking Steven Glansberg.

2) Whilst texting, an over-abundance of question marks is key. 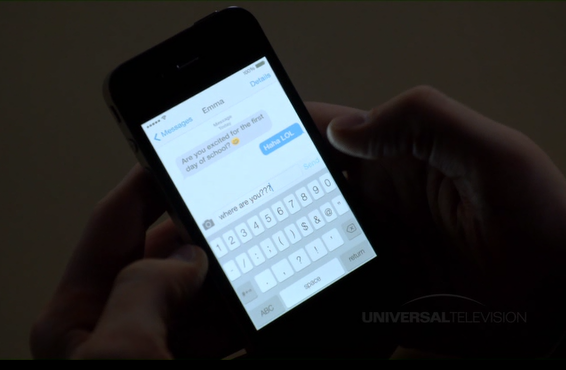 Also “Haha LOL” is an acceptable reply, even if it doesn’t really answer the question.

Make sure that while you’re skulking around in the shadows, an activity I highly suggest, you’re always there right as someone is changing or showering right by an open window and/or a hole you yourself have carefully drilled into the wall. 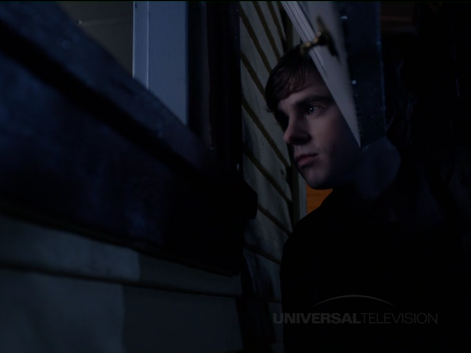 4) Say the phrase “Move over, silly woman” to your mother before getting into bed with her.

There isn’t much to this one. That’s just some genuinely creepy shit to say, ya psycho.**

Nobody wants to do what everyone has already done before. Like for example, big psychopath cliche: You befriend a prostitute, probably because you share a lack of connection to reality, or possibly because girls just don’t pay much attention to you. You share a sexually charged conversation with said prostitute while changing her light bulb, which actually isn’t an innuendo. You build up a bond. You immediately forget about that bond after the prostitute describes the job description of a prostitute. You direct that prostitute down a sketchy back road in the rain and murder her.

*Ed note: Not to be confused by the remake by Gus Van Sant starring Vince Vaughn and Anne Heche. #NeverForget

**Ed note: Who would win in a fight? Tate from American Horror Season 1 or Norman Bates? 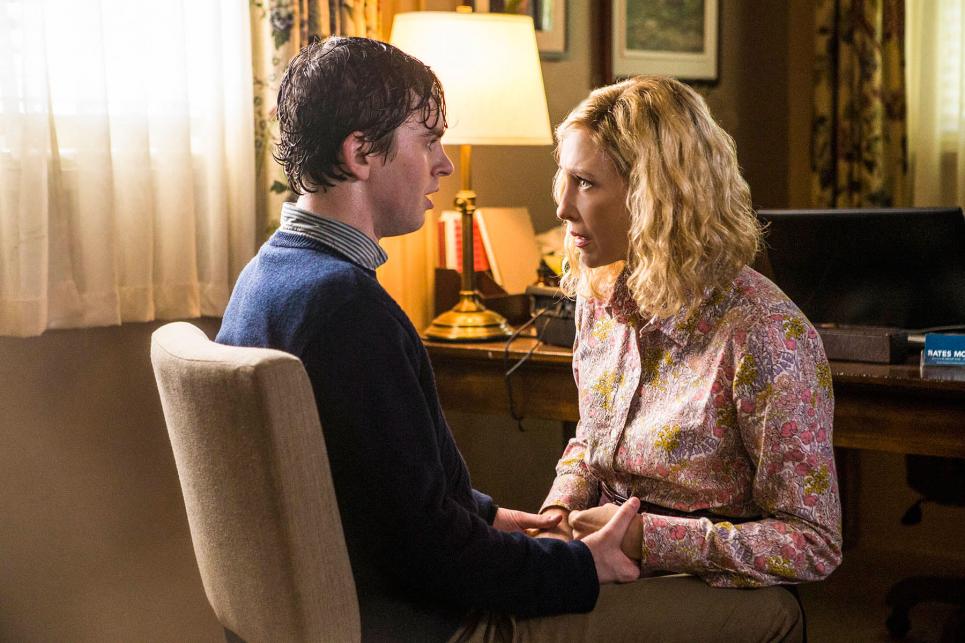