Hillary Clinton downplayed a roiling controversy over her use of a private email address when she was secretary of state, telling reporters that she simply used a non-governmental email for “convenience.”

“I did it for convenience,” Ms. Clinton, a Democrat, said at a press conference today at the United Nations. “Looking back, it would have been probably, you know, smarter to have used two devices but I have absolute confidence that everything that could be in any way connected to work is now in the possession of the State Department.”

“The laws and regulations in effect when I was secretary allowed me to use my email for work. That is undisputed,” she added, arguing her emails from her private server to public employees would be preserved for the public record anyway. (Current White House policy dictates all members of the administration use governmental emails for work.)

Further downplaying the media firestorm, Ms. Clinton said she never viewed using a private email as “an issue.” She said there were over 60,000 emails in total, sent and received. “About half” were work-related and sent to the State Department and about half were “personal.”

She claimed she had complied with a request to former secretary of states to provide copies of “work-related” emails. But all emails in the “personal” category were apparently deleted.

“We went through a thorough process to identify all of my work related emails and deliver them to the State Department,” Ms. Clinton said. “At the end, I chose not to keep my private personal emails.”

Those e-mails, she insisted, were not work-related, but rather notes about her daughter’s wedding, her mother’s funeral, and even yoga routines. While those e-mails are gone, Ms. Clinton pointed to her efforts to save and make public the e-mails she deemed work-related.

“I took the unprecedented step of asking that the State Department make all my work-related emails public for everyone to see,” she said.

Ms. Clinton recently came under fire after it was reported that she used a private email server, and not a governmental email, when she served in the Obama administration. Republican and Democratic critics have hit Ms. Clinton, a presumptive presidential contender, for potentially shielding thousands of emails from the public and creating a security risk. Some have called for the e-mails she has not handed over to State to be reviewed by an independent arbiter, but that was before Ms. Clinton said today the personal e-mails had not been kept.

Ms. Clinton pushed back on those critics, saying she went “above and beyond what she was requested” when she announced she would turn over her emails to the State Department and make them public. Ms. Clinton said she determined what emails to make public, excluding private content like “yoga routines” and planning her daughter Chelsea’s wedding.

“No one wants their personal emails made public,” she said. “I think most people understand that and respect that privacy.” 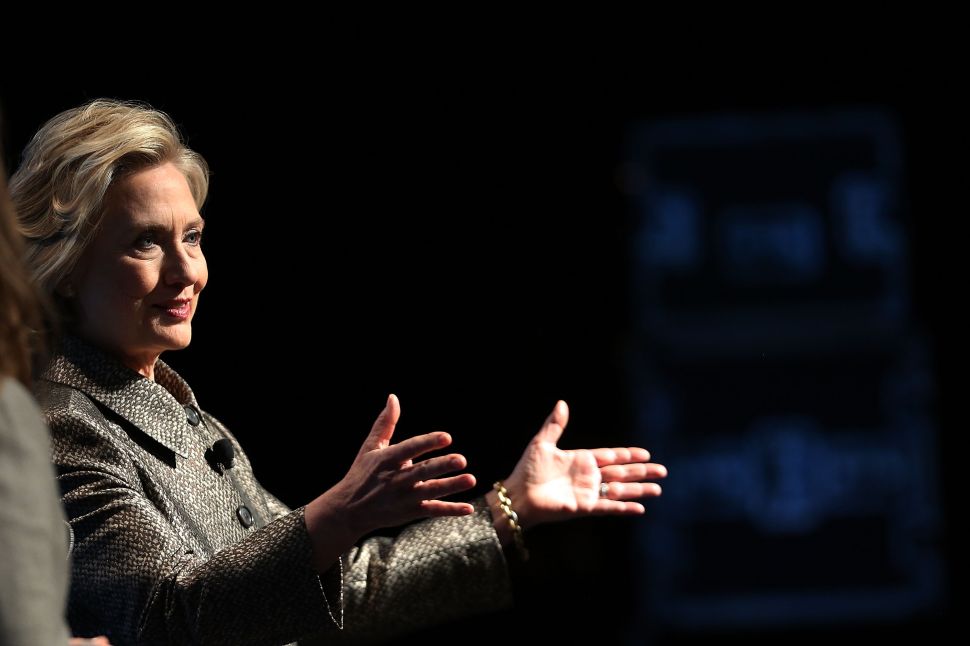