With the tax deadline looming closer every day, it’s understandable for people to complain about how much of their income goes towards the government. Now, New York tax payers have a legitimate excuse to complain.

Wallethub.com analyzed the latest Institution of Taxation and Economic Policy, (ITEP) report and found that out of all 50 states, and the District of Colombia, New York is the worst place to earn a high and medium income when it comes to taxation.

Jill Gonzalez, spokesperson for wallethub.com, said New Yorkers who earn a high or medium income are paying the most in the total percentage of their income to taxes.

“If you’re in the higher income classes then this might be upsetting news to you but really New York achieves a close to flat tax system overall because they have income taxes with relatively high top rates and relatively high sales tax as well,” Ms. Gonzalez said.

High and medium income earners are paying about 12.4 percent of total income to taxes, according to the wallethub.com findings.

However, there is good news for all New Yorkers spanning the three different tax brackets. According to the ITEP report, New York has the second lowest overall tax burden between the rich and the poor nationwide.

“The graduated rate structure is really going to help out with that gap between the segments because [New York does] rely so much on state and local tax rates then [it’s] comparatively higher than any other states we looked at,” Ms. Gonzalez said.

Ms. Gonzalez went on to say other states should follow New York’s lead and change their regressive tax structures to become more progressive.

“[New York] is not the best place to live if you’re concerned about your taxes as a percentage of income if you’re in the top one percent,” she said. “But it’s definitely an example of a more progressive tax system.” 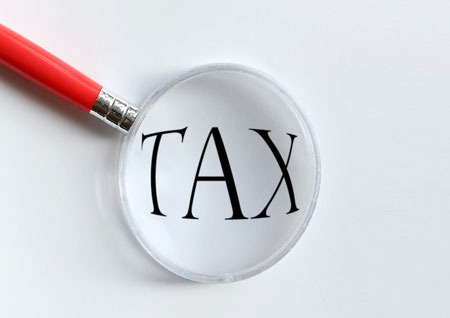