Jamestown won a Silver Pollie for this ad featuring Rennick Remley for its client, Rabbi Shmuley Boteach’s This World Network.

On March 19, 2015, at a ceremony held in New Orleans, Louisiana, the American Association of Political Consultants (AAPC) recognized Jamestown Associates with a whopping 10 Pollie Awards.

The Pollies, called “the Oscars of political advertising” by Esquire magazine, are the most sought-after awards in the political communications and public affairs industries. And this year’s competition was the largest ever with over 2,400 entries.

“We thank AAPC for this humbling recognition and share the awards with our amazing clients.”

Below is the list of all the winning entries:

For U.S. House of Representatives – Republican
Silver
I can and I will

Best Use of Humor – Republican 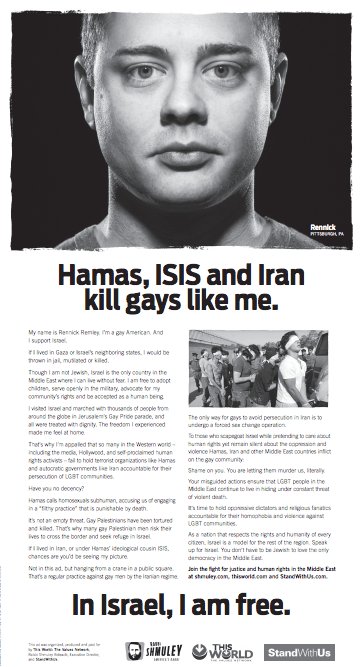