On a late winter day in Manhattan’s Soho neighborhood while shopping at the Supreme store on Lafayette Street, 20-year-old rapper Joey Bada$$ is discussing his fame when some fans recognize him and excitedly say hello. “How old are you?” he asks a giggly girl. “You’re 19? No! You can’t be. What year were you born?” After she gives her exact date of birth, Joey playfully continues to ask questions and they begin cracking each other up. “This kind of thing makes you feel good, man,” he says afterwards of the exchange. “It’s a great feeling.”

It may go without saying that Joey has had plenty of great feelings in the past couple of years. As one of the more acclaimed rappers on the scene, he’s risen above the pressure and hype and recently delivered his debut studio album, B4.DA.$$, to an avalanche of gushy reviews. “There’s always going to be pressure in this business,” he explains of the hype surrounding his legend after releasing a variety of well-received mixtapes that propelled him into rap fame. “It’s all about what you do with the pressure. For me, I took that pressure and turned it into positive inspiration and focus.” Aside from the regular stresses of a typical recording artist, Joey is adamantly independent, forgoing signing with a major label despite rabid interest. “When you’re independent, you have way more creative freedom,” he says while shuffling through a rack of shirts. “It means nobody else owns your shit and you’re able to make more bread off of an album. It’s more work for sure, but it’s the way I built my shit.”

Born in Brooklyn’s hardscrabble East Flatbush and raised in Bed Stuy, Joey is considered a central focus, and hope, for the Brooklyn rap scene, which flourished during the 1990s thanks to future legends such as Jay Z and the Notorious B.I.G (who grew up in Clinton Hill on the boarder of Bed Stuy). Perhaps that’s the reason why Joey has an affinity for ’90s-era rap, even naming his debut mixtape 1999.

“For me, the ’90s were the golden age of hip-hop,” he explains of the decade of his birth. “1999 was the last year of that age and, I think, the last hope for real hip-hop.” Plenty of Joey’s fans could argue that he’s bringing back that golden age, which is an era that has its roots at Edward R. Murrow High School where he originally had aspirations to become an actor. “I was always into music, but I wanted to tackle something different and new, and that something different was acting,” he remembers of pre-teen years. “But when I got to Murrow, I was accepted by all of these other guys who were into music and I realized that it was something that was never gonna leave me.”

When it comes to putting together his tracks, including the album’s first single “Big Dusty,” power anthem “Christ Conscious,” or newest single “Like Me,” (which he performed on The Tonight Show Starring Jimmy Fallon earlier this year), Joey says he doesn’t have a set creative process. “People always ask me this,” he says. “I don’t have a process because it switches all the time. Whatever I feel like in the moment (when it comes to writing down lyrics) is what I do. Whether I feel like scribbling it down on paper or typing on a computer, so be it.” Regardless of however he crafts his lines, it seems to be working; he’s gained fans from the streets of Brooklyn to inside the White House. Weeks before the release of his album in January, a picture surfaced on Instagram of first daughter Malia Obama wearing a Pro Era shirt. (Pro Era is part of the hip-hop collective Joey’s a part of.) The Internet proceeded to explode with questions like, “How?” and “Why?”

“She was wearing it because we’re the shit,” quips Joey. “We’re the dopest rap group and she has to support the dopest rap group. Seriously though, when I saw the picture it was amazing.” Could the Obamas, including the President of the United States, possibly be a fan of Mr. Bada$$ himself? “Well, we know she’s a fan.”

With the release of his album behind him and the bulk of promotion under his belt, Joey is now turning his focus to touring and hopefully avoiding the same pitfalls as some of his peers. (Bobby Shmurda, another bright light in the Brooklyn rap scene, is currently sitting behind bars facing a multitude of gang-related charges.) “My life has changed for the good and bad,” Joey says while wrapping up his time browsing at the Supreme store. “In the good aspect of it, I’m gaining more success and more recognition. But on the other side, you have to deal with real life. When you transition from a boy to a man you start to see the world for what it really is. It’s not as sweet as you thought it was as a kid.” 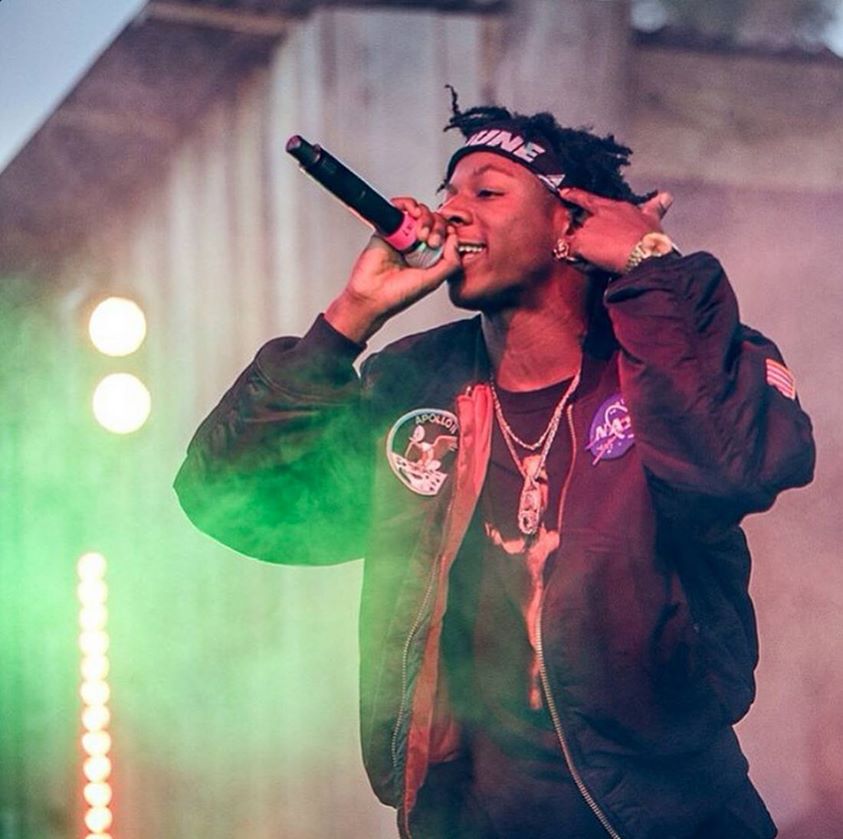