“This is a love story,” the preface of Jonathan Galassi’s first novel explains. “It’s about the good old days, when men were men and women were women and books were books, with glued or even sewn bindings, cloth or paper covers, with beautiful or not-so-beautiful jackets and a musty, dusty, wonderful smell…”

Mr. Galassi has published many novels during his legendary career, but Muse: A Novel, which will be released by Knopf in June, is the first one he has written.

The gentlemanly editor, who studied with poets Elizabeth Bishop and Robert Lowell at Harvard, has been in the book business since he started as an editorial intern at Houghton Mifflin’s Boston office in 1973. After getting fired from Random House in 1986, Mr. Galassi went to Farrar, Straus and Giroux, where he made a name for himself publishing the type of novels that hit that sweet spot of racking up both literary awards and book sales (The Corrections by Jonathan Franzen, Middlesex by Jeffrey Eugenides, Gilead by Marilynne Robinson, for example), a knack for which the house became known.

Along the way, Mr. Galassi became an acclaimed translator and poet, most recently of his 2012 poetry collection Left-Handed: Poems, which explored coming out as homosexual as a middle-aged man married, at the time, to a woman.

But writing fiction is another thing entirely.

“I’m a debut novelist, which is a very vulnerable place to be,” the 66-year-old publisher of FSG explained on a recent afternoon in his spacious and serene office on West 18th Street (in 2007, FSG moved from the crowded, decidedly down-at-the-heels Union Square headquarters it had occupied for more than 40 years). Big half-moon shaped windows let in the afternoon light, and the room is decorated with vintage touches, such as a collection of old-fashioned Rolodexes, which sits on his windowsill (when asked about it, he flips, very deliberately, to the card that reads “Elizabeth Bishop”). These well-positioned mementoes serve as a reminder of the literary heavy hitters he has known and edited during his decades in the business. “We’ve published a lot of [first-timers],” he noted, “and it’s a wonderful thing. But I’m like a quivering baby.”

In 2011, Mr. Galassi said he realized that if he didn’t become a novelist then, he never would. So he made use of his summer hours and started writing. Not wanting to read his own work in progress with his well-honed editorial eye, he didn’t look at the pages until a year later, he said. When he read what he had written, he decided it could work as a book.

The result is a novel about a world that exists in memory, an industry that is still spoken of reverentially as a noble calling rather than a business. It’s two parts valentine, one part satire, a loving send-up of a very specific culture. Muse is a charming tale about a world where intrigue takes the form of a decade-long battle over who gets to publish a poet, where stylistic differences are exemplified by intractable beliefs about the size of author advances, and where the contrast between the smallest, most literary commercial publisher and the largest, most commercial small press means something.

A reader, especially one who works in book publishing or has glanced at Hothouse, Boris Kachka’s biography of FSG (and those groups tend to overlap) would not be wrong to see parallels between the characters in the book and industry legends.

Books about publishing are a notoriously tricky sell, of course. It’s hard enough to get people to read books, much less read about the business of making books. But Knopf has made the bold choice of positioning the short novel, heavy with literary references, as a summer read.

The even-tempered hero of Muse is Paul Dukach (an admitted stand-in for the author despite some key biographical differences) a bookish young man from upstate New York with an almost fanboy love of work by the larger-than-life poet Ida Perkins. Dukach moves to New York and finds himself, like many literary young people before him, drawn to the genteel, down-at-the-heels glamor of book publishing. He becomes an editor and heir apparent at Purcell & Stern, the literary commercial house (and FSG stand-in) headed up by the brash, flamboyant Homer Stern. Stern, of course, is modeled on Roger Straus, co-founder and erstwhile king of FSG, recognizable here from his “German Jewish droit de seigneur” to his trademark toast of “Fuck the peasants,” which begins the book.

Dukach finds himself torn between Stern and his rival, “a card-carrying WASP from Ohio” named Sterling Wainwright, based on New Directions founder and poet James Laughlin, whom Mr. Galassi cites as a mentor.

“Some of the characters are very close to people that I knew,” Mr. Galassi said. “It started out as an affectionately satirical look at their world. It is fiction, though.”

The rivalry between Stern and Wainwright manifests itself in the ongoing battle to steal each other’s authors, the most prized of which is Ida Perkins, a character who could only be dreamed up by an editor with a poetical bent. She is charismatic, talented and audacious, a writer of sensual poetry with an outsized popular appeal.

“Her sales figures were so over the top. It was like, ‘Hey, this is poetry,’ ” said Knopf editorial director Robin Desser, who edited the book. “But the way that he values poetry as a publisher and writer himself came out in that.”

The idealized sales figures were not the only liberty Mr. Galassi took in creating a version of real life where poetry has an outsized influence. The book ends with a concise bibliography of Ida Perkins’ work, an in-joke that helps reinforce the world of the novel. Despite that decidedly editorial flourish, however, being on the other side of the manuscript gave Mr. Galassi a new perspective on the process.

“It gave me an appreciation for how vulnerable the author is to the editor,” he said.

“I think he trusted me to tell him the truth about things and not just say, ‘Oh, you are the great Jonathan Galassi and everything you do is fabulous,’ ” Ms. Dresser said. “I really respected and honored that trust.”

But ultimately, editing an editor didn’t actually change very much. “It turns out that all writers are the same,” she said. “And Jonathan Galassi turned out to be a writer.” 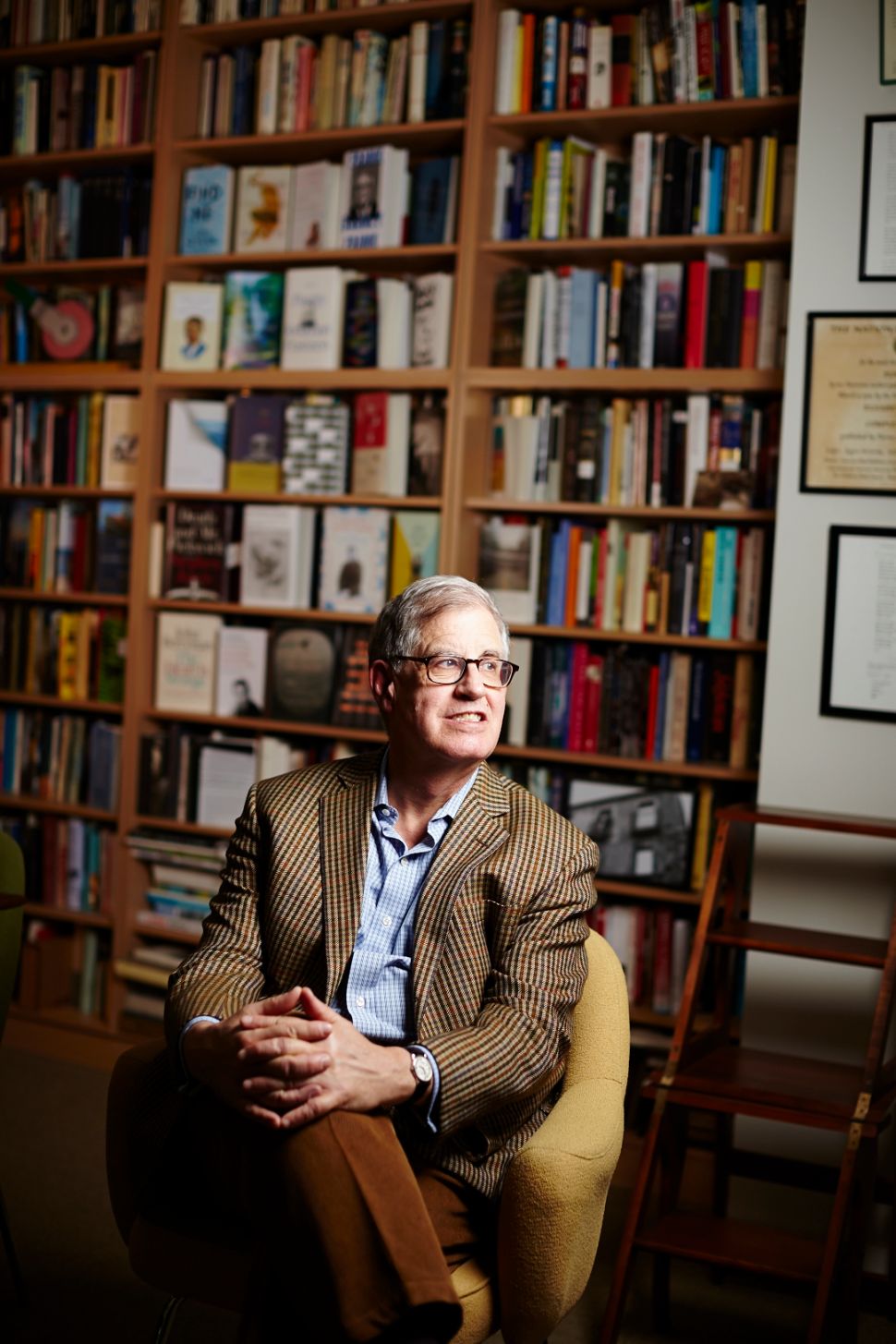