A State Supreme Court judge today ruled against an effort by Public Advocate Letitia James and other groups to reveal the transcripts of the Staten Island grand jury that decided not to indict a white police officer in the death of Eric Garner, a black man.

Judge William Garnett today decided that Ms. James, the New York Civil Liberties Union, the National Association for the Advancement of Colored People, the Legal Aid Society and the New York Post had failed to show the “compelling and particularized need” necessary to grant access to the records. Grand jury records are automatically sealed under New York State law, and a court’s permission is needed to disclose them to the public.

“What would they use the minutes for?” Mr. Garnett asked in his opinion, arguing the call for criminal justice reform was not enough. “The only answer the court heard was the possibility of effecting legislative change. That proffered need is purely speculative and does not satisfy the requirements of the law.”

The judge also noted that there is a current Justice Department civil rights investigation into the incident, in which Mr. Pantaleo applied an apparent chokehold in an effort to bring Garner into custody. He argued that opening the files could compromise the probe.

“The shadow of a federal criminal investigation looms over these proceedings,” he wrote. “Revealing the minutes of the state grand jury may place witnesses in jeopardy of intimidation or tampering.”

The NYCLU immediately bashed the decision.

“We are disappointed that the court has chosen to perpetuate secrecy rather than promote transparency. In doing so, the court has reinforced the distrust many New Yorkers already feel toward the performance of the criminal justice system in this case,” said NYCLU Legal Director Arthur Eisenberg.

Staten Island District Attorney Daniel Donovan—who has come under fire for his handling of the case—praised the jurist’s ruling.

“We respect and will adhere to Judge Garnett’s well-reasoned decision,” he said in a statement to the press.

Mr. Donovan is now a Republican candidate for the House seat covering all of Staten Island and parts of Brooklyn

Ms. James announced she would appeal the decision, citing a public interest in transparency and the apparent dissonance between the non-indictment of Mr. Pantaleo and the viral video recordings a bystander made of Mr. Garner’s killing and of police subsequently failing to to administer medical help to the man, who had stopped breathing.

“We are disappointed in this ruling but undaunted in our quest for justice,” she wrote. “What we, and millions of Americans saw on those two videotapes did not match up with the failure to return an indictment.”

The public advocate, who has called the grand jury system as a whole “antiquated,” has been one of several leaders who have argued that for the law to be changed to allow access to all but the most private details of grand jury proceedings.

Mr. Garner’s death last August followed several other high-profile police killings of black civilians, notably that of 18-year-old Michael Brown in Ferguson, Mo. The decisions of grand juries not to indict the officers involved in either the Garner or Brown deaths triggered weeks of massive street protests in New York and nationwide.

Only a few sparse details are known about the evidence Mr. Donovan presented in the grand jury room.

Updated to include Ms. James announcement of her decision to appeal. 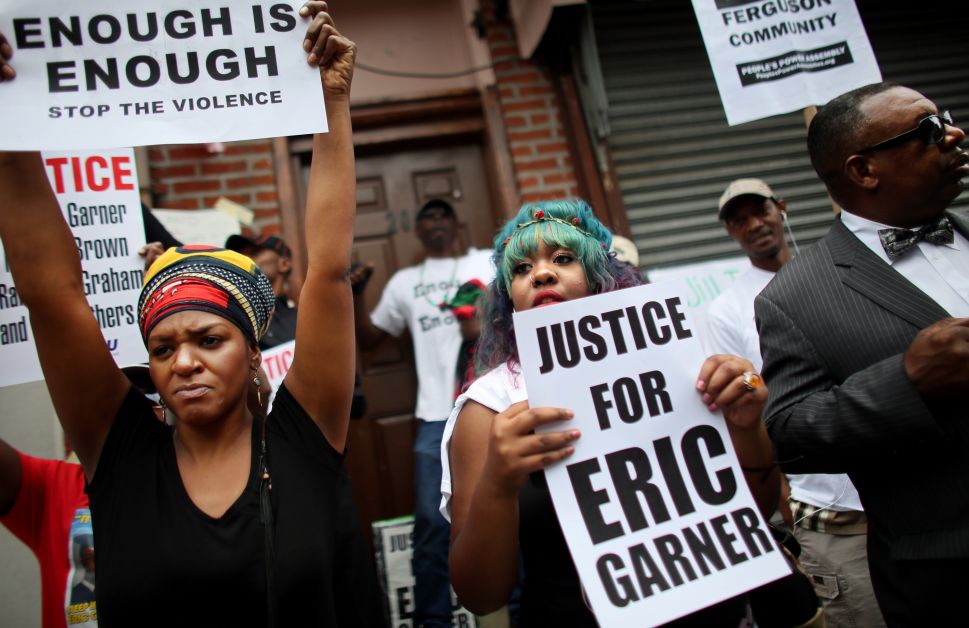