In response to a challenge by Hurricane Sandy activist James Keady, Assemblyman Sean Kean (R-30) said he doesn’t always agree with Governor Chris Christie and, in fact, objected to the state’s failure to declare a state of emergency in response to a 2010 snow storm.

“I said at the time publicly that Chris Christie and [Senate President] Steve Sweeney could have done a better job with the snowstorm,” said Kean.

But he is a Christie fan.

“If we didn’t have Chris Christie these last years, we would have had more of the same,” said Kean. “I voted against 120 new taxes prior to Christie becoming governor. Since that time I think there’s been a reduction in the people leaving the state and a slow down of the exodus of wealth. I think there is a belief in the state being an economic engine again. If you want to continue the policies of McGreevey and their crew, vote for Jim Keady.”

Kean said he doesn’t apologize for being part of a team that challenges the majority party in the legislature.

“The governor has put his finger in the dike that made our state uncompetitive,” said the incumbent Republican Assemblyman. “I respect Keady. I think he’s a person who has principles. He has gone all over the world protesting sweat shops. But this race will be a contrast.”

Keady and Christie famously sparred verbally on the boardwalk in Belmar, resulting in the governor telling the activist to “sit down and shut up.”

“I think Keady baited the governor,” Kean said. “The governor could have handled it more subtly. I don’t think the governor knew he [Keady] was a Democratic political operative. I think he staged the whole thing. He doesn’t care about Belmar as much as his own press and his own notoriety.”

Kean said he was surprised to learn of Keady’s candidacy..

But how will he handle the pressures of a political campaign?

“You’re great until people come after you,” said the minority leader.

Keady has a history of kicking sand.

When he was a councilman in Asbury Park, his protest of a local Columbus Day celebration and assertion that Italian voyager Christopher Columbus not be celebrated prompted local backlash in the Italian American community. 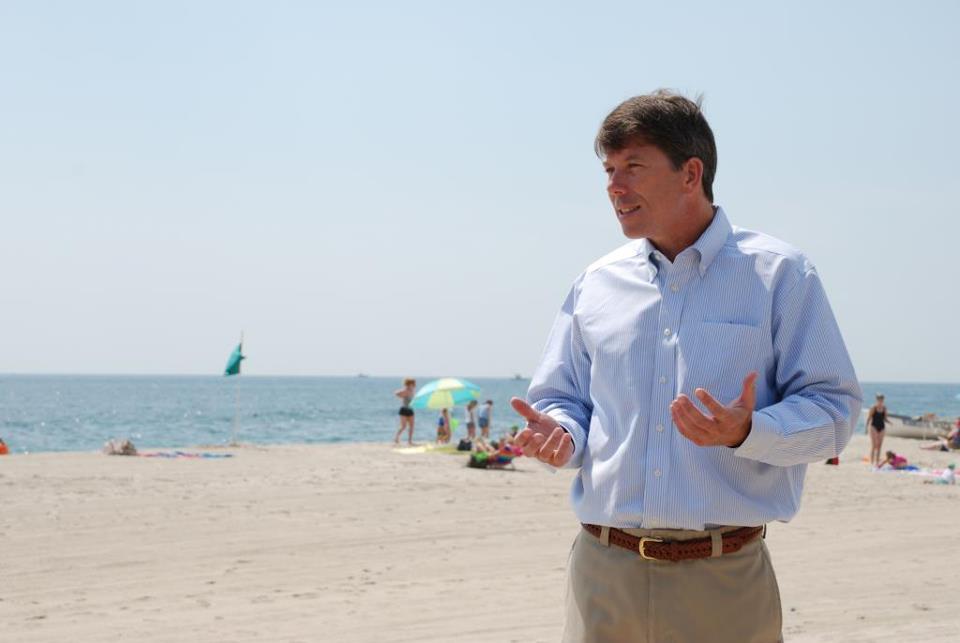