Sheldon Silver’s defense lawyers are saying that the case against their client ought to be tossed out because, in essence, U.S. Attorney Preet Bharara talks too much.

More precisely, that he talked too much about Albany dysfunction and Mr. Silver’s possible role in creating and maintaining that dysfunction. In a speech and a television appearance the day after he announced Mr. Silver’s indictment, Mr. Bharara sharply condemned the status-quo in the state capitol, saying that Albany’s “three men in a room” governing style was out of date and undemocratic. “It seems to me, if you’re one of the three men in the room, and you have all the power, and you always have, and everyone knows it, you don’t tolerate dissent because you don’t have to,” he said. “You don’t tolerate debate, because you don’t have to. You don’t favor change or foster reform, because you don’t have to.”

New Yorkers need to hear more from Mr. Bharara on this topic, because it has become quite clear that nobody else is serious about changing Albany’s culture of corruption. Yes, Mr. Silver’s lawyers will be monitoring his every word, hoping for a turn of phrase that will catch the attention of a judge and get their man sprung. But Mr. Bharara is more than capable of speaking truth to power without damaging his case against Mr. Silver.

New Yorkers have grown weary of politicians who promise to attack the rot in the state capitol, only to revert to business as usual once Election Day passes. That’s why Mr. Bharara has become such an important figure in state politics. He has the power and moral authority to shame state officials into passing the kinds of reforms they have been talking about, and then ignoring, for years.

If Mr. Bharara felt obliged to keep silent on the muck and mire of state politics, the happiest people on the planet would be New York’s state legislators, executives, lobbyists, and politically connected lawyers.

At the moment, they are afraid and anxious, thanks in no small measure to Mr. Bharara’s homilies on good government. And that is not such a bad thing. 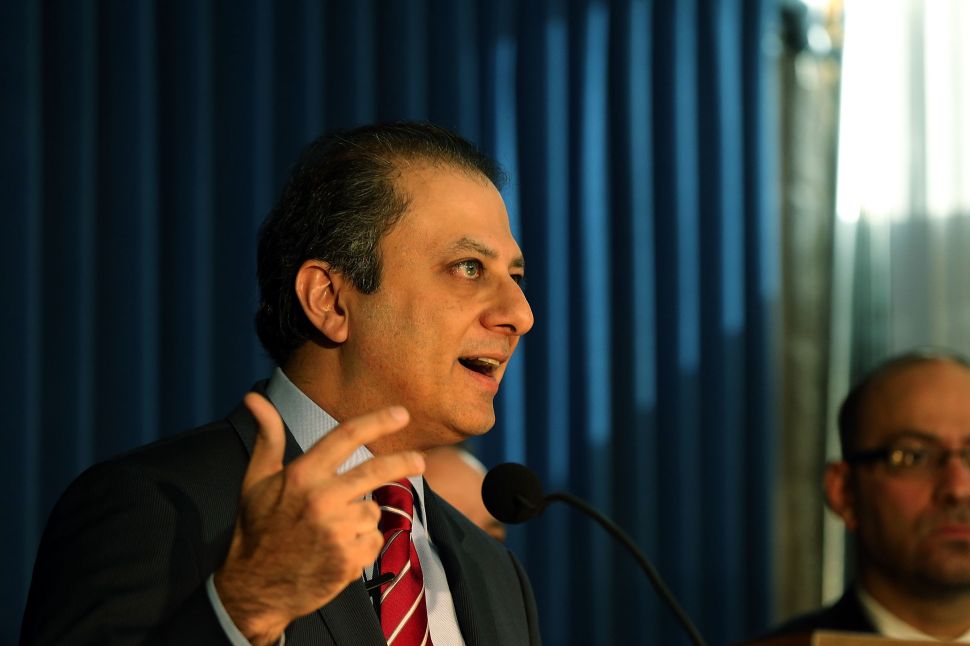