If it’s a day ending in a y then the New York Times is probably publishing its latest “________ is the new Brooklyn” piece. From Maplewood, New Jersey to Ridgewood, Queens, the newest like-Brooklyn neighborhood has coffee houses, bearded guys, good schools and the main thing the cool parts of Brooklyn do not: affordability.

I’m from Brooklyn so I know that when the parents of little Pineapple and Grapefruit give up on living in Brooklyn, they’re giving up on 6 neighborhoods, 7 tops, out of more than 50. Brooklyn is massive, sprawling. You can spend your life here and never see certain parts of it. I don’t just mean areas inaccessible by subway or areas where you might feel unsafe. My mother has lived in Brooklyn for 35 years, in Flatbush and Bensonhurst, and recently told me she just discovered a park that looks a lot like Central Park in Manhattan. It’s that big. Those departing Brooklyn have mostly investigated Park Slope, Brooklyn Heights, Carroll Gardens, Williamsburg, maybe took a chance on Fort Greene or Prospect Heights. But no further. The lament that they can’t live in Brooklyn is very much a sadness that they can’t live in the small slice of Brooklyn where everyone wants to live. There are safe, pretty neighborhoods where schools are good and price per square foot is much lower. But they’re further from Manhattan and lack hip bars. You may hear languages other than English. It’s all too much.

I write this, though, from my home in one of those aforementioned desirable neighborhoods. Like every other writer in the known universe, I live in Park Slope. Even worse, we moved here just a year ago (and therefore can’t claim some “we got a deal when this neighborhood was rougher” story that people love to tell despite the fact that in my 37-year lifetime Park Slope was never rough) and did so after I spent the late 1990’s and early 2000’s referring to all the cool areas of Brooklyn as “Fake Brooklyn.” My brother coined the phrase when I lived in Greenpoint in 2000 right out of college and he used it to differentiate it from the neighborhoods of our youth. The area was already hipsterfying but was still cheap. It didn’t feel anything like the neighborhoods of our Brooklyn childhood. It had “healthy” supermarkets, bars with cool names. It felt like…Manhattan.

Which is why, after kid #2 was born and we had thoroughly outgrown my husband’s Upper West Side bachelor pad, we started looking to move to Fake Brooklyn. It was Manhattanish, with good restaurants, a Whole Foods, the works. The adjustment wouldn’t be too hard.

But it was. It’s been a year and I’m still not entirely over it. A lot is written about the struggle of people priced out of Brooklyn and forced to move away but people pull out the world’s smallest violin and tell you you have First World problems when you’re sad about leaving Manhattan. It’s become acceptable, expected even, to hate on Manhattan. It’s so boring, all those condos, those rich people. It has no soul, no art, no music, no culture beyond Birkin bags and Escalades idling outside. To me that always sounded like things people told themselves when they couldn’t hack it anymore. Living in Manhattan is a battle, that’s true, and if you’re tired of battling, as we were in many ways, that’s fine, move out. Find your peace, do your thing. But it’s still Manhattan, the center of the world, the city all other cities look up to. If money were no object, I’d never leave. I’d raise city kids (yes, Brooklyn is still “city” but not the city) who shoved their little bodies onto subway cars on the way to school, knew their way around Central Park, expected everything to be open all the time.

The side issue, of course, is that if you move to Manhattan from Peoria and then you end up in Brooklyn, you didn’t fail, you totally made it! If you move to Manhattan from Brooklyn and then move back to Brooklyn, even though the new Brooklyn is a brand and not the 2-murder-a-day city of your youth, it’s easy to feel like a loser. My husband doesn’t feel that way. But he’s from Queens, what does he know? Manhattan was a struggle, the crowds, the noise outside of our apartment, which was so constant that our 4-year old walked around Park Slope transfixed the first few weeks, marveling at the silence, but wasn’t I strong enough to make it?

Ultimately, you can have everything on the checklist of things that you like about Manhattan and it still not be Manhattan. That’s why there can be “the new Brooklyn” stories but never “the new Manhattan.” There’s only one Manhattan. I miss it. 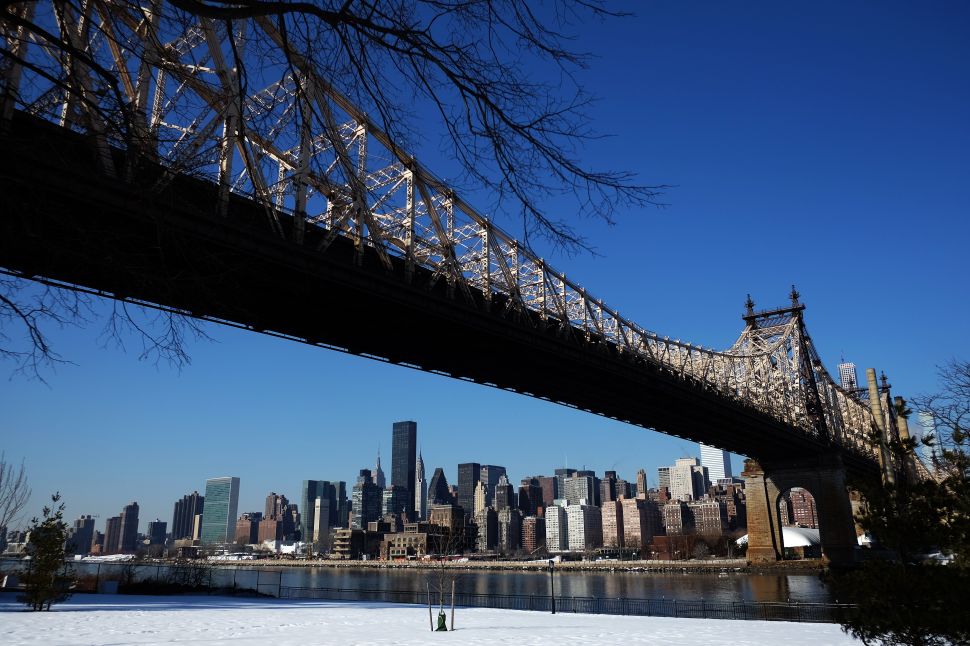