A few days ago, Jerusalem Post Managing Editor David Brinn posed a tongue-in-cheek challenge to his friends on Facebook, daring us to engage in a 24-hour moratorium on the words “Obama” and “Netanyahu.”

I have decided to take him up on it, though I suppose that what I am about to say could be considered indirectly connected to both.

I am referring to the brouhaha surrounding an article by Lena Dunham in the current issue of The New Yorker, which set social media on fire with charges of anti-Semitism.

The piece, called “Dog or Jewish Boyfriend? A Quiz,” is literally and figuratively nothing to write home about—or to write at all, for that matter. And had it not been penned by the celebrity actress-producer-director, who became famous for her TV series Girls, it would never have made it past the editor’s slush pile.

It consists of a list of 35 descriptions of the man with whom Ms. Dunham shares an apartment and a bed. Because Ms. Dunham’s mother is a Jew, she has no qualms about making fun of what she claims are her boyfriend’s Jewish traits. Among these are not leaving tips in restaurants, never bringing his wallet anywhere, having asthma and a sensitive stomach, being judgmental about the food he is served and expecting to be waited on hand and foot.

For this ostensible humor, Ms. Dunham is being raked over the coals. Some critics are particularly offended by her having “equated” Jews with dogs, as the title of her article suggests. The Anti-Defamation League focused on this comparison, as well, calling it “tasteless.” Dog-lovers, too, were irritated by the negative connotations.

Others are disgusted that The New Yorker allowed such stereotyping in its pages. And then there are those who are wondering why anyone should be horrified by Ms. Dunham’s poking fun at Jews, when her recently published memoir revealed that she sexually molested her little sister.

Most striking about the enraged responses was what they did not include: The impunity with which women are allowed to express contempt for members of the male sex, while cloaking their own neediness and hunger for love in outdated feminist lingo.

Indeed, nobody calls them out on things that men could never get away with saying, certainly not in print.

Take, for example, Ms. Dunham’s explanation for her boyfriend’s behavior: “He comes from a culture in which mothers focus every ounce of their attention on their offspring and don’t acknowledge their own need for independence as women.”

Jack Antonoff, the boyfriend in question, is the lead singer of the band Bleachers and the lead guitarist of Fun. He is 30 years old. By virtue of his mother’s age group alone, it is safe to say that she is nothing like the woman Ms. Dunham portrays. And if she did “focus every ounce of her attention” on her kids, perhaps it was because she had a 13-year-old daughter who died of brain cancer. Not the least bit amusing or deserving of ridicule.

What is hilarious, however, is the assertion that such Jewish mothers “don’t acknowledge their own need for independence as women.” In fact, it’s the only funny line in the whole piece.

Ms. Dunham must be imagining a parallel universe, because the Jewish mothers she is referring to are baby boomers—the children of Marxist-feminists or those who were influenced by their ideology.

Ms. Dunham was also raised in a feminist climate. So the following gripe against her boyfriend is revealing: “When I get home from [a] business trip, he ignores me for hours, sometimes days, forcing me to wonder whether he would be better off with a woman who has a less demanding career. ‘Why don’t you find some catalogue model who just sits around all day and rubs your back? I bet you’d like that,’ I hiss. ‘I apologize for my many accomplishments. I’m sorry they mean nothing to you.'”

And then this: “One spring afternoon … we ran into my friend Jill. … She’s really slim and well dressed, in an all-American, J. Crew-model sort of way. He was immediately all over her, panting and making a fool of himself. It was humiliating. Because here’s the thing: I am not a Jill. I will never be a Jill. And if that’s what he is looking for—some anorexic hipster with a glossy braid and freaking Swedish clog boots she sewed by hand—he should never have set his sights on me in the first place.”

So, there we have it. Her true problem with her boyfriend is not that he is typically Jewish. Nor is it due to his apathy in relation to her “many accomplishments.” It all boils down to her insecurity, love-starvation and fear of abandonment. Nothing feminist about it. Merely female.

This slightly more honest version of the war between the sexes is precisely what comes across in Girls, which partly explains the show’s popularity.

More puzzling is Mr. Antonoff. Why would he stick with Ms. Dunham after she whipped him so publicly?

The answer is going to sound just as anti-Semitic as Ms Dunham’s dog analogy. It is precisely the “enlightened”—emasculated—Jewish male, conditioned to accept the bullying of women waving their “minority status” in society like a machete, who dares not unleash the beast.

In Mr. Antonoff’s case, it didn’t help. But that’s what he gets for shacking up with one.

Ruthie Blum is the editor of Voice of Israel radio. This piece originally ran in Israel Hayom. 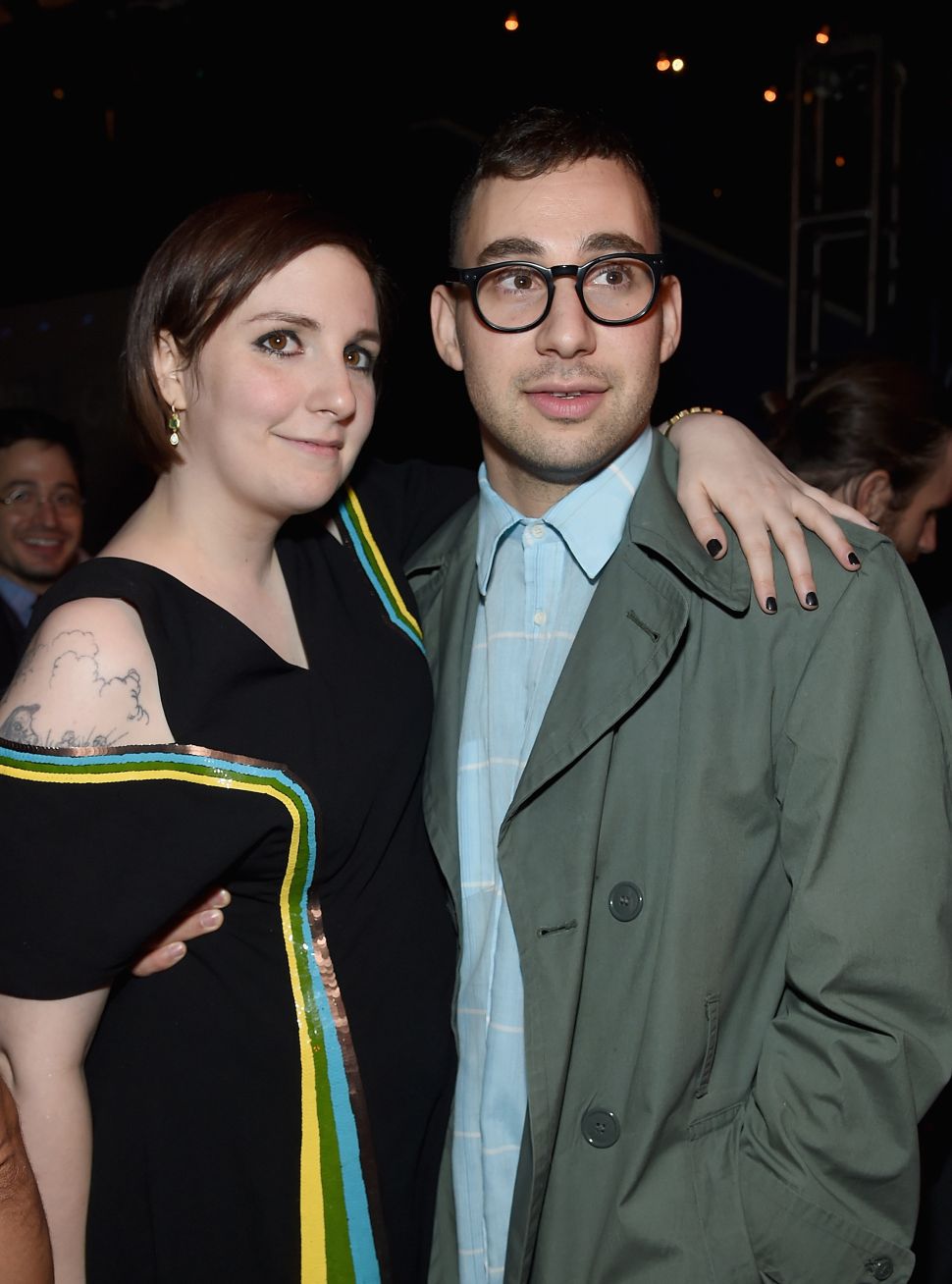