Well, the biggest news in Fifth Avenue co-ops last week, to be sure, was the $77.5 million sale of Jets owner Woody Johnson’s five-bedroom duplex at number 834 to the Ukrainian-born billionaire, Leonard Blavatnik. That purchase price fell a bit short of the $80 million that had been rumored, but was still good enough to break the $71.3 million co-op record set last summer (remember summer?) by Izzy Englander, at 740 Park Avenue. It was easy enough amid all the excitement to lose track of goings-on just down the road at the Sherry Netherland–that is, 781 Fifth Avenue–where another whopper closed for a bit less than foregoing gossip had suggested.

Liberty Travel co-founder Gilbert Haroche has sold his seven-bedroom unit, which takes up all of the 18th floor, for $67.5 million, according to city records, $2.5 million less than the Post reported earlier this month–and much less, of course, than the $85 million for which it was listed with Serena Boardman at Sotheby’s International Realty. (It originally hoped for a truly optimistic $95 million, when it hit the market in 2012.)

Though the apartment has evidently been “stylishly renovated,” with a sleekly marbleized kitchen, a not-insignificant portion of the co-op appears to hue to the 1928 building’s somewhat stuffy style, with dark wood paneling, ornate light fixtures and ceilings with coffers swathed in some manner of gilded floral pattern. The seller seems to have decided that emphasizing the views represented his best bet, and there are tremendous vistas in all directions of the Manhattan skyline, plus 100 feet of Central Park frontage and a particularly nice perspective on the Plaza’s iconic facade–just in case merely living in a hoity toity old hotel isn’t enough.

The word on the street is that the buyers, known officially as Genever Holdings LLC, are based in China, though there’s no telling how much time they’ll actually spend at their new place. And as the Post previously pointed out, the sale appears to suggest that the building’s reputedly snooty co-op board (read: not much on foreign buyers), might be loosening up a bit. A massive beneficiary of vacationers, Mr. Haroche himself seems unlikely to begrudge the new owners a pied-à-terre–even a discounted one.

Besides, it seems a little strange for a bunch of people who’ve decided to make their home in a hotel to get up in arms about about frequent comings and goings, no? 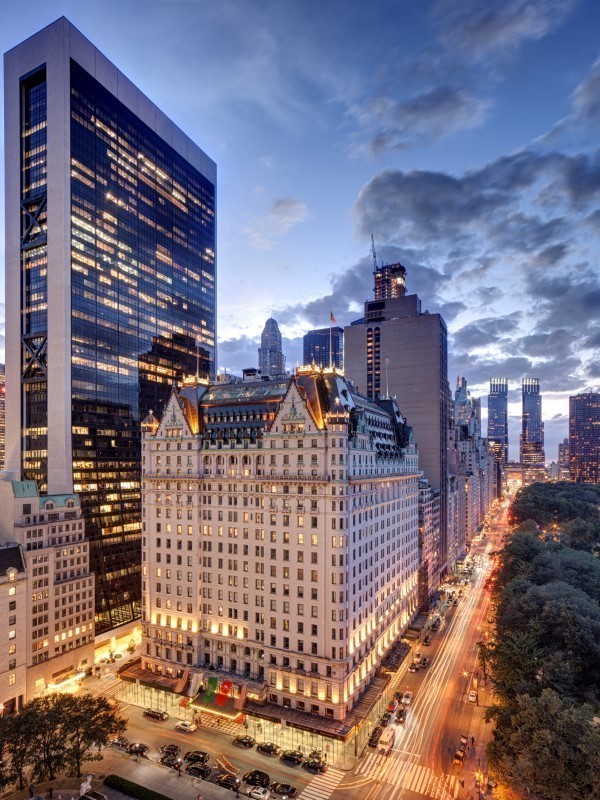