Are you the kind of person who wants to drown their sorrows over Mad Men coming to a close this year and/or the type of person who can drown their sorrows in two drinks OR two courses of food? Good news! A whole ton of top New York Restaurants – 33, at my last count — are participating in Mad Men Dining Week from March 23-29. All restaurants will offer either a two-course prix-fixe menu or two cocktails inspired by the 1960s. AMC President Charlie Collier had this to say:

“Dialogue about Mad Men has revolved around so many different topics from design and fashion to food and drink, to name just a few. So, on the heels of announcing several upcoming events focusing on the cultural impact of this series, AMC is thrilled to share this very special moment in television history by bringing Mad Men Dining Week to the fans. The men and women of Madison Avenue inspired Matthew Weiner’s story and we couldn’t imagine a better way to celebrate than by eating, drinking and raising a glass together in their honor.”

The whole thing will cost $19.69 before taxes, to honor the year Don Draper’s final act takes place. Although, you know, if you want the authentic 60’s Don Draper experience it’ll cost you a little extra, because you’re a raging alcoholic and you’re going to need more than two drinks. Oh, and there’s an extra fee to have your wife say under her breath, “A little early for that fifth cocktail, isn’t it?” Ah, and there’s yet another fee for you to yell drunkenly in front of the entire restaurant “What did you say?!” because it ain’t right for a woman to talk wise to her husband like that in front of the fellas. And, as you probably expect, there’s a small added charge for you to be fantasizing about what you do with your secretary when the rest of the office goes home, and you know it’s wrong but you need a release after carrying the ad firm on your back for 7 goddamn years without a promotion, and oh, yes, apologies, but the restaurant will add yet another small charge for when your marriage and life in general falls apart, causing you to fall into a downward spiral of booze but what does that all matter? Because you’re a man, and being a man gives you power.

Oh, and then of course there’s the tip. 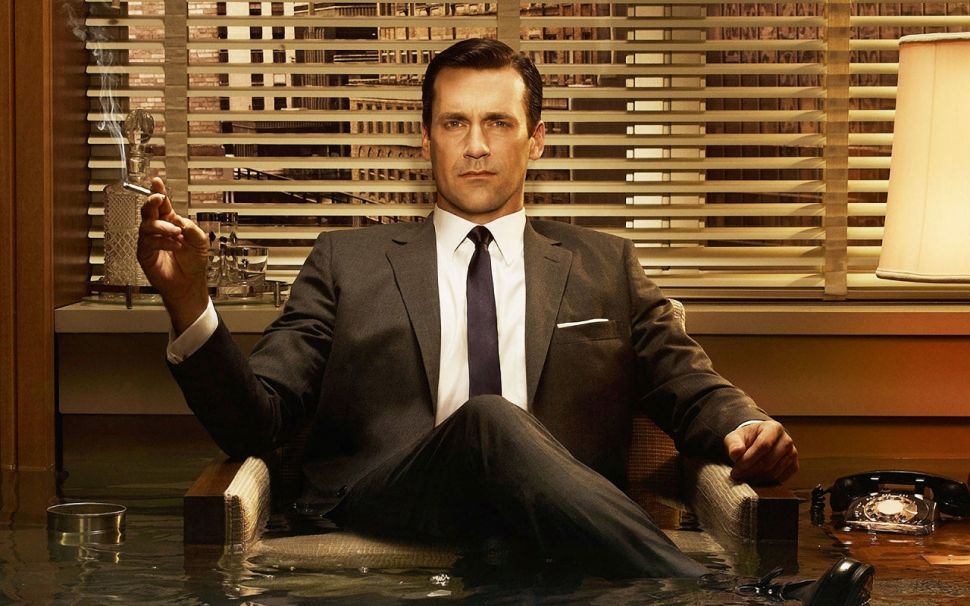