All babies contain a soul however they come to this earth and their families. There is nothing synthetic about a soul!! So how can we dismiss IVF and surrogacy? Every soul comes to us to teach us a lesson. God has his hand in everything even technology! We are arrogant to think Man does anything on his own. As above so below! Think before you speak.,,,,,,,,,,,❤️#livingforlove

Madonna is the first of many celebrities who have been on Dolce & Gabbana’s payroll to speak out against the designers’ inflammatory statements against IVF and surrogacy.

In fact, at this point, she is the only high-profile D&G model to do so, although stars such as Matthew McConaughey, Scarlett Johansson and Felicity Johnson have also starred in the house’s ads.

Madonna starred in a series of ads in 2010 that showed her as a D&G-clad traditional housewife, taking care of tasks around the house: she does the dishes, she puts on lipstick, she plays with a baby. The singer posted the last one, the most mom-friendly of the bunch, on Instagram, which the following caption [all sic]:

All babies contain a soul however they come to this earth and their families. There is nothing synthetic about a soul!! So how can we dismiss IVF and surrogacy? Every soul comes to us to teach us a lesson. God has his hand in everything even technology! We are arrogant to think Man does anything on his own. As above so below! Think before you speak.,,,,,,,,,,, #livingforlove

The fact that Madonna used the brand’s own seemingly family-friendly ad is the visual equivalent of an et tu, Brute? to a brand that makes it a point to worship mothers, as seen even in its most recent mom-centric collection, shown just a few weeks ago in Italy. Her business history with the brand goes back years; they even co-sponsored the premiere screening of her MDNA world tour movie in 2013.

Madonna is not only biting the hand that has, at times, fed her with these remarks (and rightfully so). She is also showing support to Elton John, a rival with whom, as the Daily Mail points out, she has had an on-and-off feud for years. Guess the pop queen, who has two biological children and two adopted children herself, decided to be the bigger person.

The hubbub began when Domenico Dolce reportedly told the Italian magazine Panorama, “You are born and you have a father and mother. At least it should be like that. That’s why I’m not convinced by what I call chemical children, synthetic babies.”

“Convinced” of what exactly, it is unclear.

“Wombs for rent, sperm selected from a catalog… Who would agree to be the daughter of chemistry?” his misguided comments continued. “Procreation must be an act of love, now not even psychiatrists are prepared to deal with the effects of these experiments.”

Elton John called for a boycott of the brand based on these remarks, saying on Instagram, “How dare you call my beautiful children ‘synthetic.'”

Domenico Dolce & Stefano Gabbana did address the controversy via CNN yesterday. Mr. Gabbana said that he does not share Mr. Dolce’s opinions on IVF and surrogacy, but said people’s opinions on the matter are “personal.” Both designers seemed to believe that Mr. Dolce’s remarks did not signify a lack of support, but a personal belief.

“I think, today, we don’t need to support or not support you,” Mr. Dolce said. “You think what you think. Basta.”

Seemingly not content to rest on the “personal belief” excuse, Mr. Dolce continued, “I’m Sicilian. I grew up in a family. My company is a family company.”

Madonna’s Instagram appears to have been posted after the designers’ remarks to CNN had gone live. 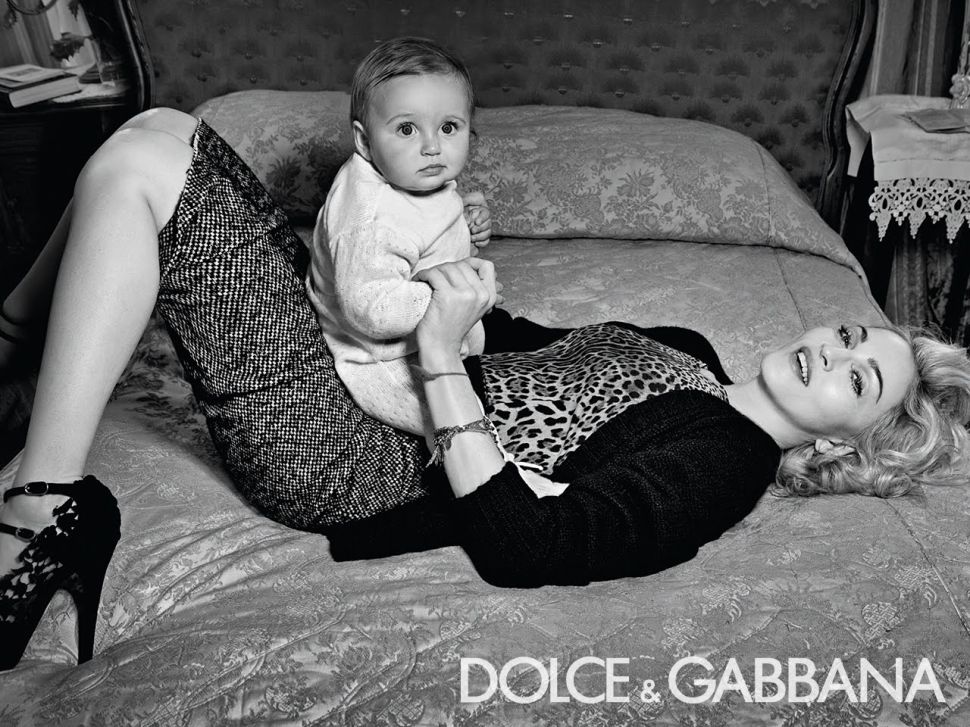