TRENTON — Despite allegations from some Hudson County sources that he had been collecting signatures in preparation for an off-the-line challenge in his home 31st legislative district, embattled Assemblyman Charlie Mainor (D-31) will not seek re-election this year, according to Assembly Speaker Vinnie Prieto (D-32).

Prompted with the question at an unrelated press conference this morning, Prieto, who also servers as chairman of the Hudson County Democratic Organization, told PolitickerNJ that conversations with the lawmaker in question confirm he’s decided to step aside, leaving the seat open for the organization to fully coalesce behind a replacement candidate. Prieto confirmed — and PolitickerNJ reported earlier — that that candidate will be Angela McKnight, who runs a nonprofit in Jersey City.

“The conversation I have had with Charlie is, aside from being an excellent legislator, he’s a personal friend. But this is part of the process,” Prieto said.

That process, as has been highlighted by the events of the past few weeks, is the way in which political sausage gets made in Hudson County: in the most populous region of the state, where that population is concentrated within it largest urban centers, it’s mayors who are given free rein to pick their own legislative representatives, and the county organization follows. This allows for greater input from participating parties, and usually more effective elections, unlike in other regions, like South Jersey, where county organizations largely control the line.

But it also, as PolitickerNJ Editor Max Pizarro eloquently detailed it in a piece earlier this week, ultimately “leads to an interchangeable parts mentality” — a musical-chairs like deposing and replacing of representatives that makes service in Trenton for even the most qualified Hudson lawmaker a temporary gig at best.

Mainor is now the latest confirmed causality of that process. The police detective from Jersey City joins his district mate, Assemblyman Jason O’Donnell (D-31), in being denied another term by the HDCO — Mainor for failing to win the affection of Jersey City Mayor Steve Fulop and O’Donnell for running afoul of U.S. Senator Bob Menendez, who still holds considerable clout over what goes on in his home county. And they both join neighboring 33rd legislative district Assemblyman Carmelo Garcia (D-33) on their way out the door this year, whose term has also been terminated by State Senator/Union City Mayor Brian Stack and Hoboken Mayor Dawn Zimmer (albeit for a slightly more serious offense: secretly recording a revered veteran senator of HCDO’s Old Guard apparently isn’t taken lightly).

But Mainor’s situation is a little more interesting, if not because he’s the most recent to go than because of the virtual racket he’s made on the way out. Rumors had swirled around news of Mainor’s departure ever since PolitickerNJ reported it back in January, when it was found that Fulop, after Mainor backed the young upstart’s opponent in his hard-fought general election, was ditching the incumbent for city councilwoman Joyce Watterman for this year’s ticket. That set the stage for a proxy clash between Fulop and 31st district Senator Sandra Cunningham (D-31), who seemed ready to stand by her running-mate — and only other African American in Hudson’s caucus — in defiance of the HDCO’s normal process.

There were other developments in the interim — Watterman being exchanged for Denise Ridley, Ridley being exchanged for McKnight, and something about Mainor being tapped for undersheriff — but sources had said right up to last week that Mainor was prepping to challenge whoever the HDCO chose as his replacement. The Democrat held a fundraising breakfast in back February, ostensibly to raise money toward his re-election, and which Cunningham attended; and Cunningham, miffed because she felt she was not consulted by Fulop and Prieto about the initial backing of Watterman (as well as the other aforementioned reasons) had reportedly considered running Mainor and O’Donnell against Watterman and that incumbent’s replacement, attorney Nick Chiaravalloti.

Asked about the situation, the tension and reshuffling of Hudson legislative board, Prieto contended that things have worked themselves out. He called legislative turnover the “nature of the beast” in Hudson County — though that doesn’t mean it happens elsewhere, too.

“The change happens everywhere, the only thing is everyone is focusing here,” Prieto said, before delving into a history of his own district. “I’ll give you a little tid bit. I replaced a guy who was here 17 years before me. My running mate was there 20 years, got redistricted out. So the lady that replace her, is going to go into her turn. I’m actually in my 11th year.”

“So we have had in the 32nd district a lot of stability. When you look at it, and you do your math, including Republicans, I’m about 18th in seniority out of 80. So when you look at that, there’s movement everywhere. It’s the natural progression,” Prieto said.

Still, whether or not there was any serious damaged done to the relationships of the players involved in the infighting is unclear. It’s seemed to spark hard feelings within at least one group in Trenton, the legislative black caucus, whose leader, state Senator Ron Rice (D-28), has criticized Fulop for playing the role of party boss (Fulop is mulling a gubernatorial bid in 2017) and attempting to oust one of his caucus members. In an interview with PolitickerNJ last month, Rice said he also saw racial undertones in Fulop’s decision, accusing him of promoting a “plantation mentality.”

“The situation is unique,” he said. “Our structure up there, anybody will tell you, candidates come from mayors, and the mayors are the ones that gather the vote. So it’s a very different than when you go to South Jersey, which may be more regionalized. These are different mechanisms that are in place, and that courtesy has always been there.”

“Now that’s not to say one day I may go crazy and do something else, but for me, being the type of person that I am, the type of leader, I’m a consensus builder. I have regular mayors meetings with all of them, and we all are getting along just find, and this is just part of the process,” Prieto said.

As for the race card characterization, Prieto called it “dead wrong.”

Still, doesn’t the whole thing seem to highlight what can happen when Hudson’s County’s unique political process breaks down?

“Absolutely not,” Prieto shot back.

“This is just part of how the mechanism works,” he said. “Certain things happen, and as you know, inside your house, there may be little tid bits and things that you don’t take out into the public. But this is just how the process works. And hopefully we’ll get exceptional legislators as we always have. I’m very excited about the team we have — it’s 50 percent woman on the Assembly side, which has never happened before.The ticket is a face of what the makeup of the county is — very racially diverse.”

Anyway, “once we get filing deadline,” he said, “it will be all forgotten.” 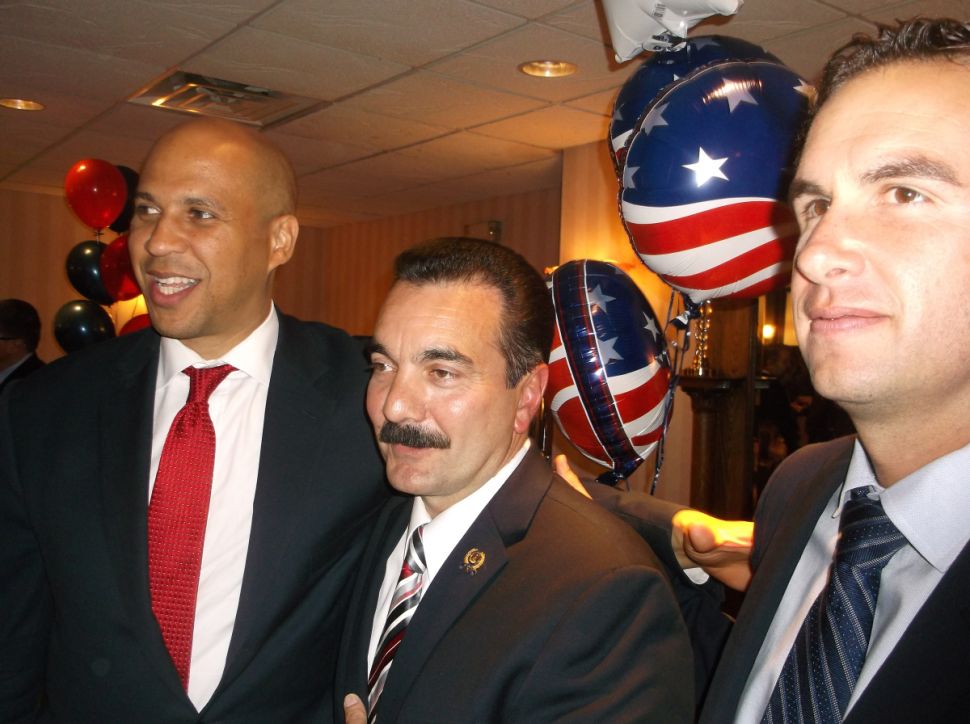