“We are not running any candidates in LD 22,” Mapp told PolitickerNJ. “A couple of candidates we had decided not to run. I was encouraged by many people to throw my hat into the race. That is not something I wanted to do. I am one year and three months into a four-year term. It would not have been the right thing for me to do, and no in the best interest in the City of Plainfield. I am focusing on achieving success.”

Kennedy received the backing of the Union County Democratic Committee as the replacement for Assemblywoman Linda Stender (D-22), who melted down and opted out of running for reelection amid news reports of her husband accepting Habitat for Humanity funds to build a luxury shore house.

Mapp initially said he planned to field a team to run against Green.

But it didn’t work out that way.

Filing candidates for 67 out of 68 party committee seats in Plainfield, Mapp is nonetheless challenging Green for the chairmanship of the local Democratic Party.

The mayor’s also backing incumbent Councilman Cory Storch and Storch’s running mate Barry Goode. “If we win these two seats we will be one short [of a majority], but we will have three, and it will be a step in the right direction,” Mapp said. “The battle is on.”

In LD20, Mapp is supporting the team of Jorge Batista of Hillside and Vivian Bell of Union Twp instead of the Elizabeth Board of Education-backed team. “I don’t think it would have been in our best interest [to align with the EBOE],” said the mayor. “When you come to the table with individuals who are committed and serious about an alliance, that is where one needs to go and who one needs to embrace.” 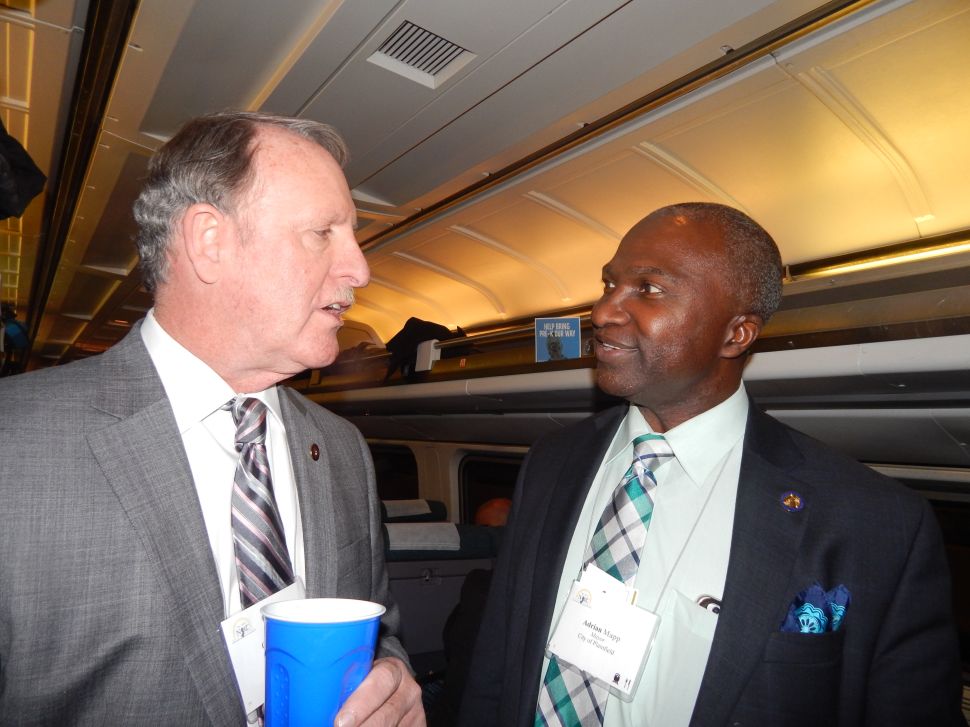