“We’re going to pick up in ’16 a new member of Congress. Where’s Josh Gottheimer?” said McAuliffe, a close confidant of both former President Bill Clinton and former Secretary of State Hillary Clinton. “We’re going to win the Fifth Congressional District. Where is he? Stand up and give him a big round of applause!”

Gottheimer, of Wyckoff, is a business executive and former adviser to both Bill and Hillary Clinton. He is reportedly considering a run as a Democrat for the Fifth Congressional District congressional seat against U.S. Rep. Scott Garrett (R-5) in 2016, the same year that Hillary Clinton might top the national ticket as the Democratic presidential nominee. 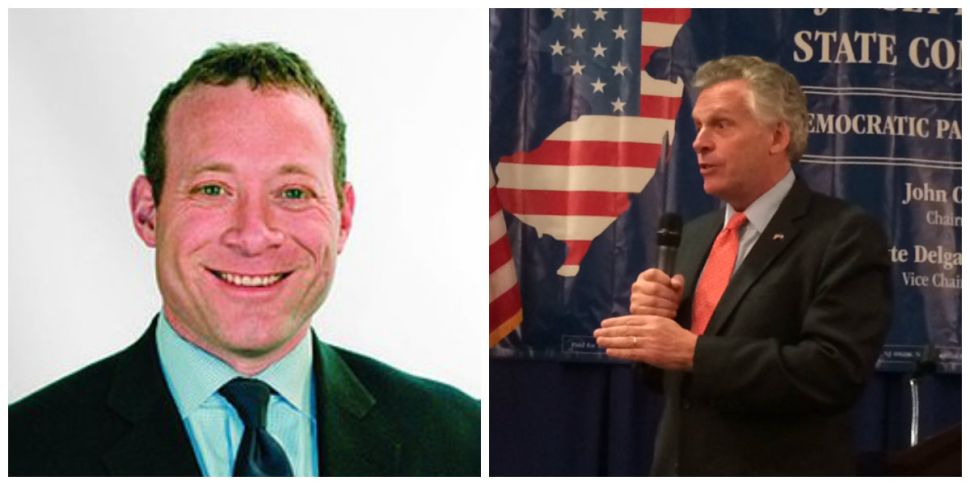