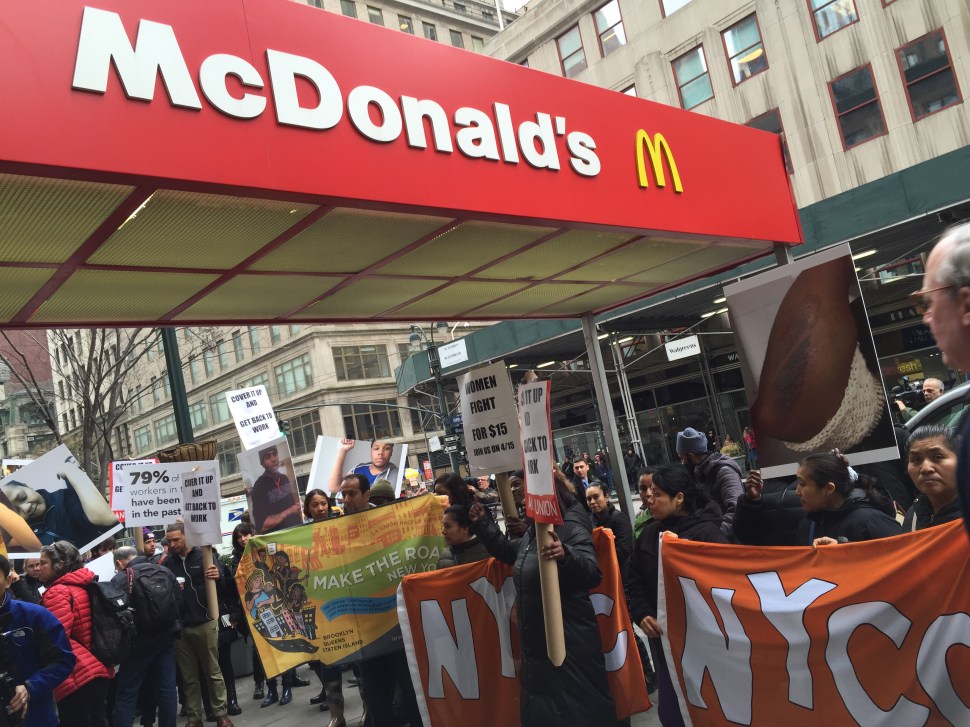 Workers rally in front of the McDonald’s in Herald Square calling for better working conditions and higher wages (Ben Shapiro/Observer).

“Cover it up and get back to work” was the main rallying cry outside McDonald’s in Herald Square this morning. Around 50 fast-food workers were picketing near the entrance of the franchise, calling for better working conditions and more respect from their employers.

“These billion dollar companies think they can do whatever they want and not give us the proper first aid when we get burned or get hurt on the job … It’s about time for a change,” said Jorel Ware, 31. “We make these companies billions of dollars and it’s time for us to get treated like human beings.”

Mr. Ware lives in the Bronx and works at a McDonald’s on the west side of Manhattan, and like many of the workers at the protest he was burned on the job. He explained how he burned himself taking apple pies out of the oven, and was told to put butter on the wound because the first aid kid was empty. Mr. Ware has a scar above his right eye to prove it, and burn marks from several other employees were magnified on billboards in front of the 5th Avenue McDonald’s as well.

One of those scars on display belonged to Haiti native Marie Yolanda Jean-Louis. Ms. Jean-Louis traveled from Suffern, NY, to take part in the rally, and burned her elbow a month ago while cleaning hotplates. 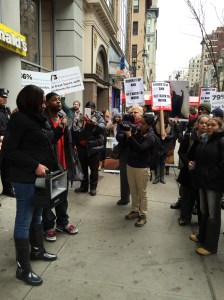 “When I showed it to the managers they didn’t say anything,” Ms. Jean-Louis, who works at a McDonald’s in Nanuet, NY, told the Observer. “My daughter called to speak with the manager after noticing my burn, but she was yelled at and the phone hung up.”

A survey released Monday by the National Council for Occupation Safety and Health found that 36 percent of workers reported that first aid kits were inaccessible or empty, and the survey also found that one third of fast-food workers in the United States have been told to treat burns with condiments. Although, while poor cooking equipment and safety supplies continue to plague these workers, most believe that the root of the problem is understaffing and the pressure to work fast.

That was the chief complaint from Joshua Ibarrondo,19, who works at a McDonald’s in Brooklyn. On several occasions Mr. Ibarrondo felt he hurt himself because of the pressure to work quickly, and then was unable to attend to his wound because his manager felt the store was too busy.

“I think it has more to do with the high pace,” said Mr. Ibarrondo. “I was bleeding from my finger after cutting myself working the cash register, but when I asked my manager if I could get a bandage to stop the bleeding, I was told the line was too long.”

While the main focus of the rally was to highlight injured fast-food employees in the workplace and demand safer conditions, the workers were also calling for $15 minimum wages, and a union to support them. 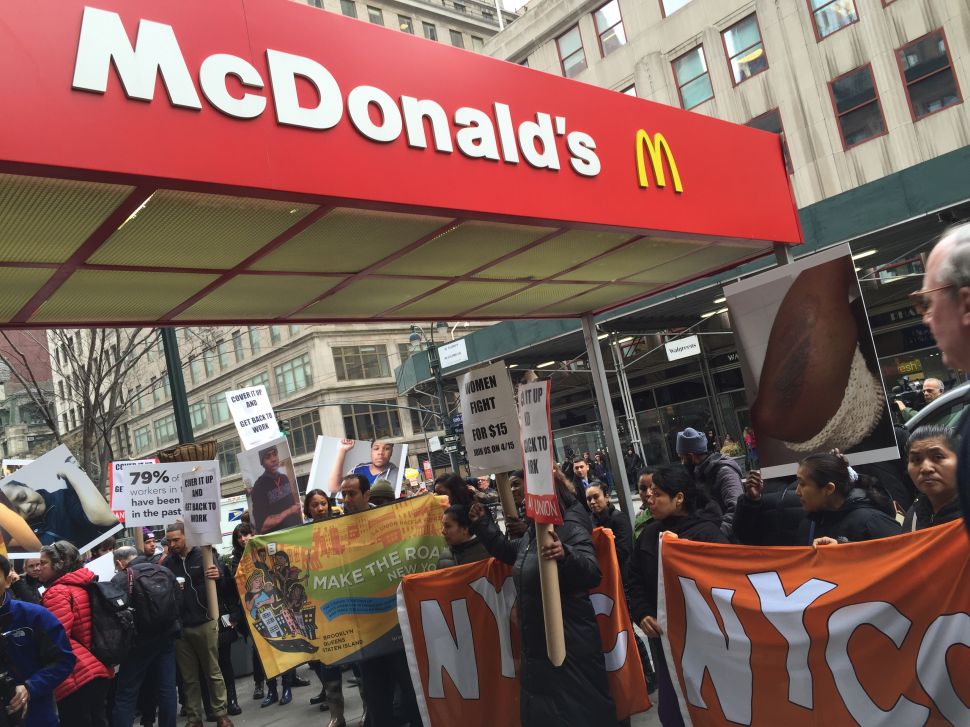