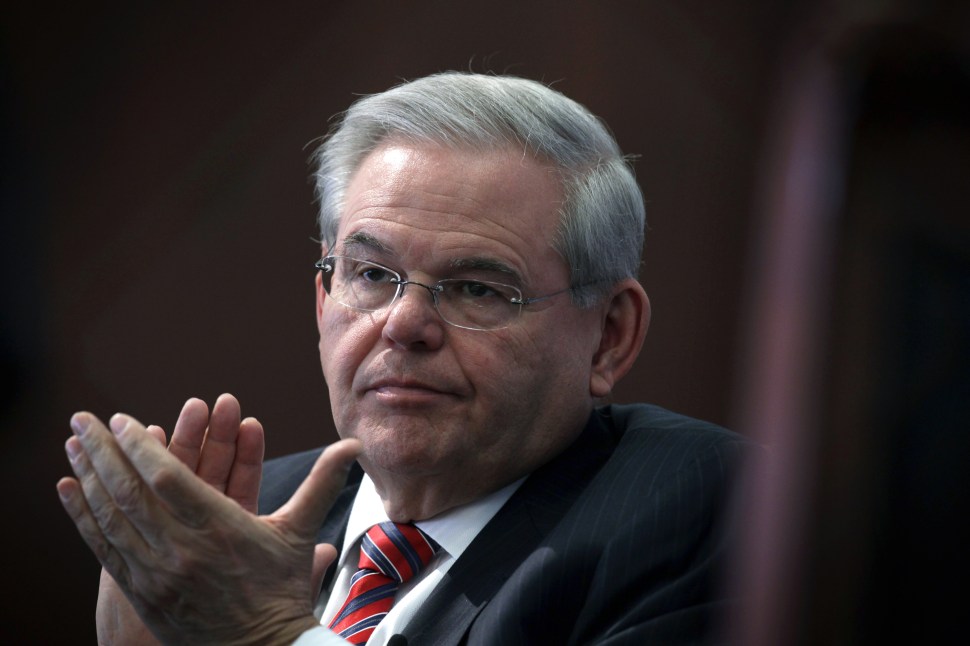 A more suspicious man would suggest that the corruption charges against Senator Bob Menendez, Democrat of New Jersey, were highly convenient. Their announcement came on the back of a highly-publicized speech by Israeli Prime Minister Bibi Netanyahu about the threat of a nuclear Iran, two and a half weeks before the US and Iranian negotiators are supposed to reach final guidelines for an agreement. Menendez is the author of an enhanced sanctions bill before the Senate, and a vocal critic of those negotiations. And now he is near indictment.

Senator and likely Presidential candidate Ted Cruz was that suspicious man. On Saturday he called the imminent charges “curious,” and a potential “political weapon” against Democrats who deviated from the party line. Curious, maybe, but also irrelevant to Iran and its nukes.

Charges of corruption have lingered around Menendez for years, ever since The Daily Caller broke a story alleging use of underage prostitutes in the Caribbean. Those allegations didn’t stick; but the name Salomon Melgen hung around, along with his alleged practice of overbilling Medicare. Menendez will hang around also, apparently, since he’s vowed that he’s “not going anywhere.” But his influence might wane; which again, for a suspicious mind, would conveniently prospects for his sanctions bill in the Senate.

In truth, it’s all kabuki theater. Menendez, to be sure, might go down, and his bill might not pass as a result. But even if it does, his sanctions legislation will in no way dictate American policy toward Iran. Congress has traditionally had very little power over foreign policy, less since September 11th, 2001, and has never been able to sanction Iran. Ever.

Menendez’s bill might be a lightning rod for White House criticism, but in reality it is toothless. Certainly, there’s a great deal of scary language about additional sanctions if we don’t get what we want. But at the end of the punitive section, there’s a short paragraph allowing the President to waive the sanctions if they’re not the “national security interest” of the United States. Which is a pretty loose concept, and always has been.

Congress did manage to pass two major Iran sanctions bills in 1996 and 2010. But the penalties in these bills, through waivers and Presidential refusal, have never been invoked. The sanctions Iran has suffered came through executive branch actions, like designating certain banks and companies as complicit with Iran’s nuclear or missile programs under various Executive Orders. Not through Congress, and not through UN resolutions either.

But the puff-fish reality of Iran sanctions bills fits Menendez just fine, because he was always an unlikely hawk. He voted against the invasion of Iraq in 2002, and later voted for the more radical Iraq withdrawal legislation – the Kerry-Feingold amendment – in 2006. Kerry-Feingold received only 13 votes in the Senate; both Obama and Clinton were nays.

Mr. Menendez’s likes or dislikes don’t even really matter, since the international powerlessness of Congress is built into its structure. In 2013, when John Kerry left to become Secretary of State, Mr. Menendez rose to chair the Senate Foreign Relations Committee (SFRC). The Foreign Relations Committee, by tradition, is a big one. It’s one of the four so-called Super-A committees, along with Appropriations, Finance, and Armed Services, but is the weakest of the four. Armed Services controls the military, Appropriations controls the spending, Finance the taxes, and Foreign Relations confirms ambassadors. It’s vastly unequal. Menendez’s committee has some prestige, but no real power.

The Administration certainly knows it’s all for show, and most likely has told Iran the same thing: that there’s zero chance new sanctions will be imposed. What it doesn’t want is to have to veto a sanctions bill that could be a major political liability if the deal goes bad in a year or two. If Menendez’s bill passes and is vetoed, and then Iranian-backed militias overrun Bahrain, for example, or eastern Saudi Arabia, the Republicans will hammer home the final nail in Obama’s foreign policy coffin. It’d be a disaster for his legacy.

There are probably some legitimate concerns over atmospherics as well, since Iran has underinformed parliamentarians the same as we do. The passage of a sanctions bill in the midst of moderately delicate nuclear negotiations would enable Iran’s hard-liners to make political hay. But they probably won’t, to excess, since the deal’s great for them. They’ll probably get to keep over six thousand centrifuges running, with restrictions fading out after a decade. Iran will be a nuclear power unencumbered by economic or political sanctions, leader of a bloc of Shia states that outweigh their Sunni rivals. And at this point, that looks likely to happen whether Bob Menendez is indicted or not. 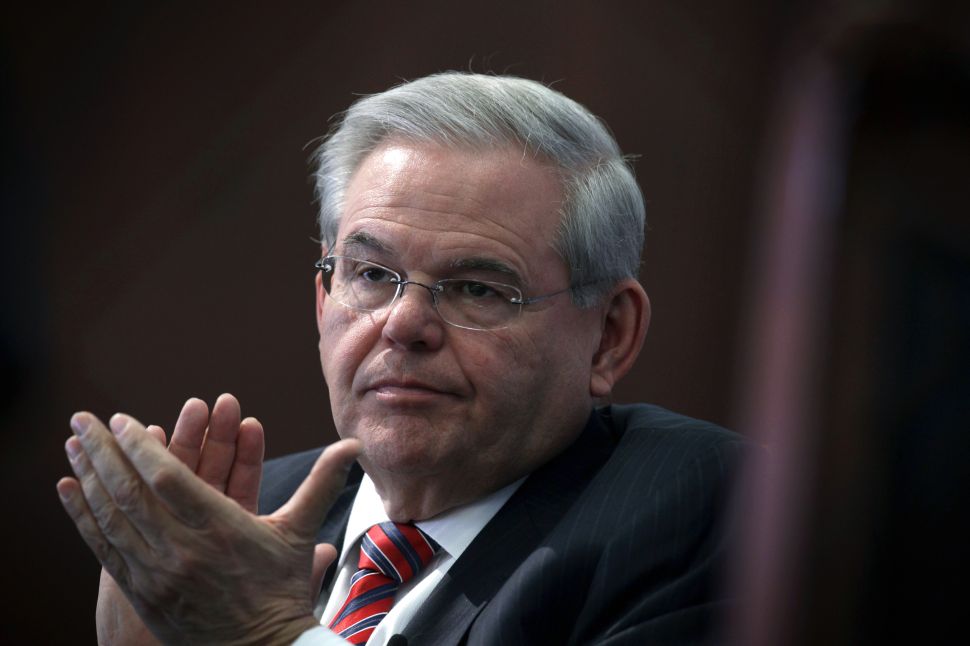