Sitting down at the painfully-ironic Brooklyn Diner in Times Square, indie-pop band MisterWives has a lot to be excited about.

Steadily building a local following since its inception in 2012, the NYC-based band just released its debut album, Our Own House, via Photo Finish/Republic Records. Influenced by No Doubt, The Police, Aretha Franklin and the Jackson 5, MisterWives’ musical masterpiece features soaring vocals, catchy melodies and captivating percussion, capturing the vibrant energy of the five-piece’s live show. If fun could be distilled into a record, it would be MisterWives’ debut. All the more impressive when considering the band’s equal talent for introspective lyrics. “They’re real topics that, if you’re a human, you’ll relate to,” lead singer Mandy Lee says. “If you’re a human, they’ll inspire you.”

Prior to forming the band, Lee, Etienne Bowler, William Hehir, Marc Campbell and Jesse Blum played in a variety of musical projects, occasionally jamming together at NYC music hotspots like The Canal Room and Arlene’s Grocery. For the three founding members (Lee, Bowler and Hehir), performing together has seemed to be just the right fit, transporting the band from playing small rooms to crowds of 5,000. “We went from a bunch of friends recording music in our bedroom using a closet as a vocal booth to playing five tours, festivals and live TV,” Lee said, “In a matter of a year, it went from day to night. We wake up every day and pinch ourselves.”

Over the past year, MisterWives has been able to tour in support of the Reflections EP with bands like twenty one pilots, Bleachers, American Authors and The Mowgli’s. “They’re just as big of a band as us if not bigger,” says Lee. “We all became this huge family and shared all of the same interests which are music and drinking, so it was a good balance.”

With Our Own House—an album that was actually written in a tree house—MisterWives showcases the band’s musical family dynamic and uphill battle to get their music heard. “Our Own House is just a very literal meaning for MisterWives since we created our own space and our own house,” Lee said. “I wrote all of the music in a tree house that Etienne built, so it’s a figurative and literal thing.” Bowler even joked that Lee was locked in the tree house (minus some smoothies from Bowler’s mom).

Throughout the course of the record, MisterWives anthemically make music about NYC (“Queens”), being in love (“No Need For Dreaming”) and a family (“Our Own House”). For lead singer Lee, writing this album posed an emotionally unique challenge for her. “I’m very happy and in love, so that was interesting for me to write about because it’s a lot harder writing about things when you’re happy instead of sad,” Lee said. “It just pours out of you when it’s emo, and the EP was a bit darker and about family. There are a lot of songs about New York that don’t really capture the essence of New York and what it’s about, so I tried to do that [with our music].”

Prefab “It” bands may come and go, but when the music stops and the tours end, MisterWives are the rare group that began as friends and still has each other, which is something that makes them pretty special. “If we weren’t best friends, this would just be another job,” Bowler said. “But, we’re family.” 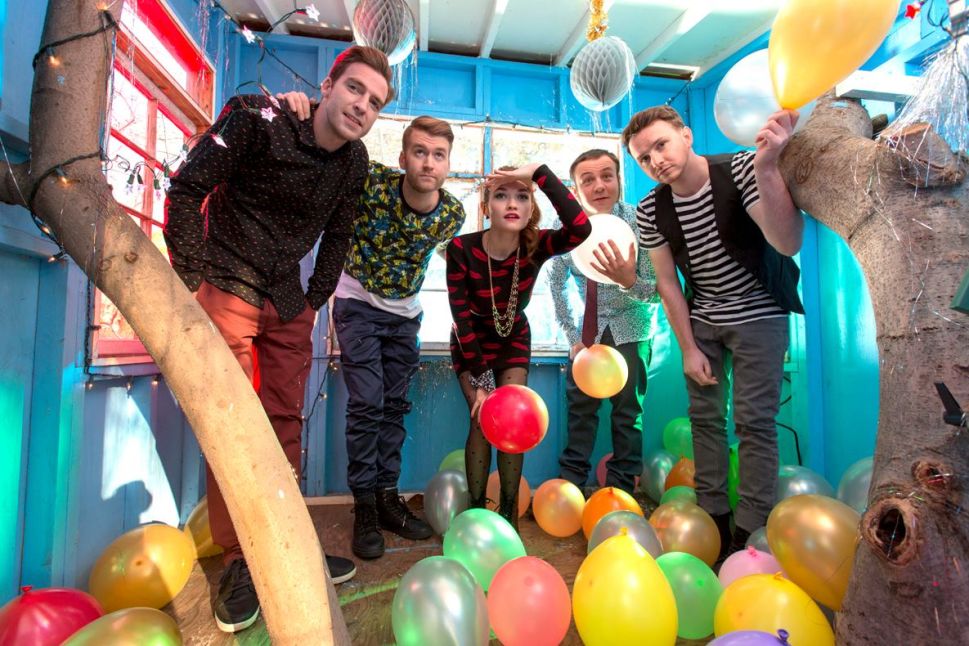